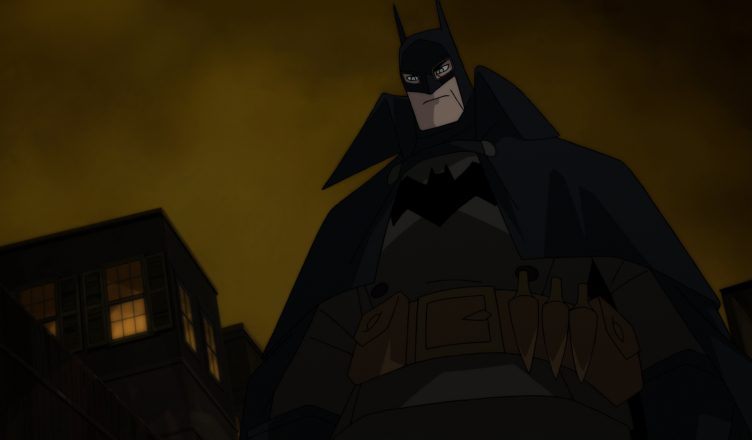 So this trailer for the latest animated feature from the fine folks at Warner Bros. landed in my inbox today. I hesitated with sharing this info mainly because WB tends to forget to respond to my e-mails regarding requests to review their films. Nasty spam filter aside I did ultimate decide to indulge myself in the latest adventure starring our favorite caped crusader. The e-mail I received included some nice screenshots and box art that I also was gracious enough to share in the facebook gallery below. Check out the trailer:

I’d gone disinterested in the DC animated movies in recent years. As such, I fell behind in watching the releases some time after Batman vs Robin. I’m interested in catching up and seeing how things have progressed from there and this trailer is making headway in making me believe that there are improvements. I like the art style. A LOT. It reminds me of simpler times when DC was kicking ass and taking names in the animated movie arena.  Gotham By Gaslight is a one off story that doesn’t take place in the main DC Universe and I doubt this will further the overall animated narrative that Bruce Timm has been re-creating.  I never read the original Gotham by Gaslight comic so I’m really looking forward to seeing how other characters in the Batman world are re-imagined.

That being said I’m pretty pumped! I haven’t decided if I’m going to open up the purse to purchase for review, hence the lack of reviews on DC Animated movies in recent months/years, but I’ll consider.  Have you guys kept up with the animated films? Are reviews of these movies needed/wanted on The Movie Blog?