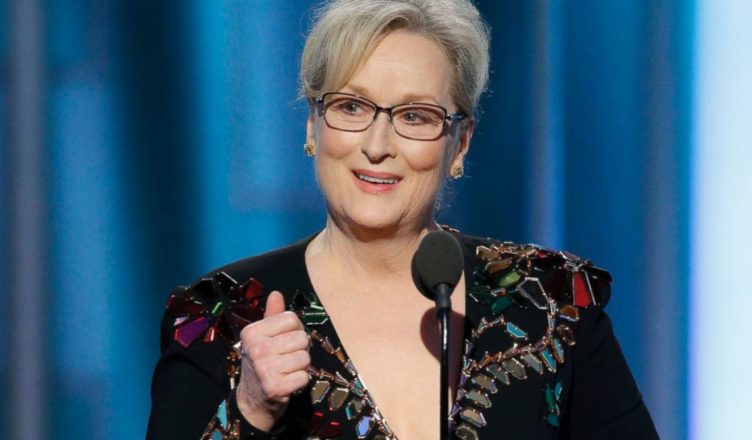 Donald Trump was up by 5:30 a.m. lashing out at Meryl Streep for negative comments she made about him at the Golden Globes Sunday night during her acceptance of the Cecil B. DeMille Award.

Meryl Streep, one of the most over-rated actresses in Hollywood, doesn’t know me but attacked last night at the Golden Globes. She is a…..

Hillary flunky who lost big. For the 100th time, I never “mocked” a disabled reporter (would never do that) but simply showed him…….

The Cecil B. DeMille Awad is a lifetime tribute award, which was presented to Streep by Viola Davis, who is a wonder at delivering beautiful and profound speeches.

At the podium Streep first apologized for losing her voice in “screaming and lamentation this weekend.” The Globes is a non-stop partying weekend.

Streep then thanked the Hollywood Foreign Press and noted: “You and all of us in this room really belong to the most vilified segments in American society right now. Think about it: Hollywood, foreigners and the press.” 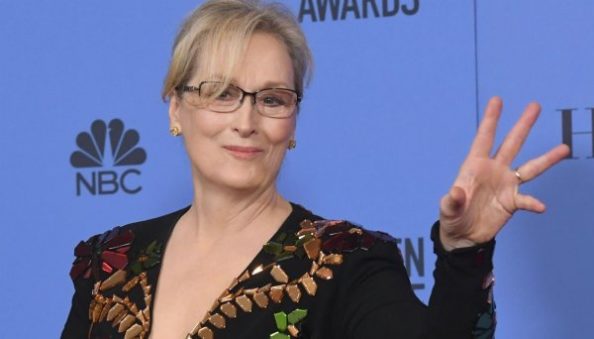 “But who are we, and what is Hollywood anyway? It’s just a bunch of people from other places.” Streep looked at the audience and noted that the filmmakers honored were from all over the world: “Viola was born in a sharecropper’s cabin in South Carolina, came up in Central Falls, Rhode Island; Sarah Paulson was born in Florida, raised by a single mom in Brooklyn. Sarah Jessica Parker was one of seven or eight kids in Ohio. Amy Adams was born in Vicenza, Italy. And Natalie Portman was born in Jerusalem. Where are their birth certificates? And the beautiful Ruth Negga was born in Addis Ababa, Ethiopia, raised in London — no, in Ireland I do believe, and she’s here nominated for playing a girl in small-town Virginia….Ryan Gosling, like all of the nicest people, is Canadian, and Dev Patel was born in Kenya, raised in London, and is here playing an Indian raised in Tasmania. So Hollywood is crawling with outsiders and foreigners. And if we kick them all out you’ll have nothing to watch but football and mixed martial arts, which are not the arts.”

Then Meryl Streep went on the attack against Trump without once mentioning his name:

“But there was one performance this year that stunned me. It sank its hooks in my heart. Not because it was good; there was nothing good about it. But it was effective and it did its job. It made its intended audience laugh, and show their teeth.

It was that moment when the person asking to sit in the most respected seat in our country imitated a disabled reporter. Someone he outranked in privilege, power and the capacity to fight back. It kind of broke my heart when I saw it, and I still can’t get it out of my head, because it wasn’t in a movie. It was real life. And this instinct to humiliate, when it’s modeled by someone in the public platform, by someone powerful, it filters down into everybody’s life, because it gives permission for other people to do the same thing.

Disrespect invites disrespect, violence incites violence. And when the powerful use their position to bully others we all lose. O.K., go on with it.”

(Streep was refering to Trump’s remarks at the Republican Convention where he appeared to mock a New York Times reporter with a physical disability.)

“hold power to account, to call him on the carpet for every outrage.”

Streep ended with a nod to Carrie Fisher:

“As my friend, the dear departed Princess Leia, said to me once, take your broken heart, make it into art.”

Trump wasted no time lashing back at the iconic actress, noting in his tweet that she was a Hillary supporter who attended the Democratic Convention and calling Streep “over-rated,” an insult probably never leveled before at the three-time Oscar-winning actress.

.@KellyannePolls: I didn’t hear #MerylStreep use her platform to give a shoutout to the mentally challenged boy who was tortured live on FB. pic.twitter.com/hswzMWOPuF