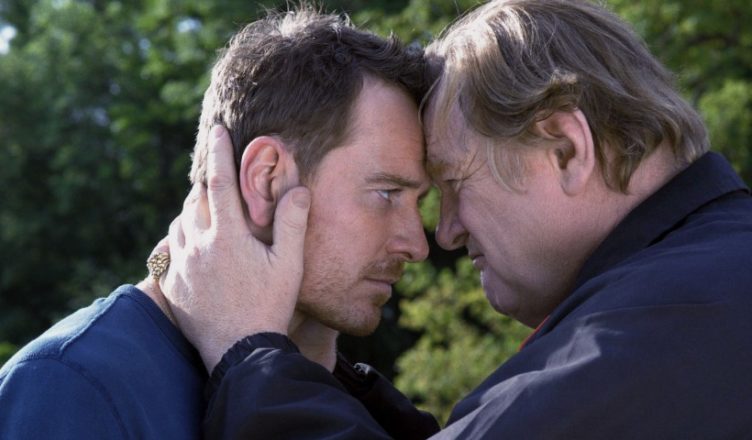 When you tell me that Michael Fassbender is starring opposite veteran UK actor Brendan Gleeson in a film, I’m there. I’m expecting good things. These are two great actors and the plot, set across 3 generations of the Cutler family of criminals, sounds exciting. 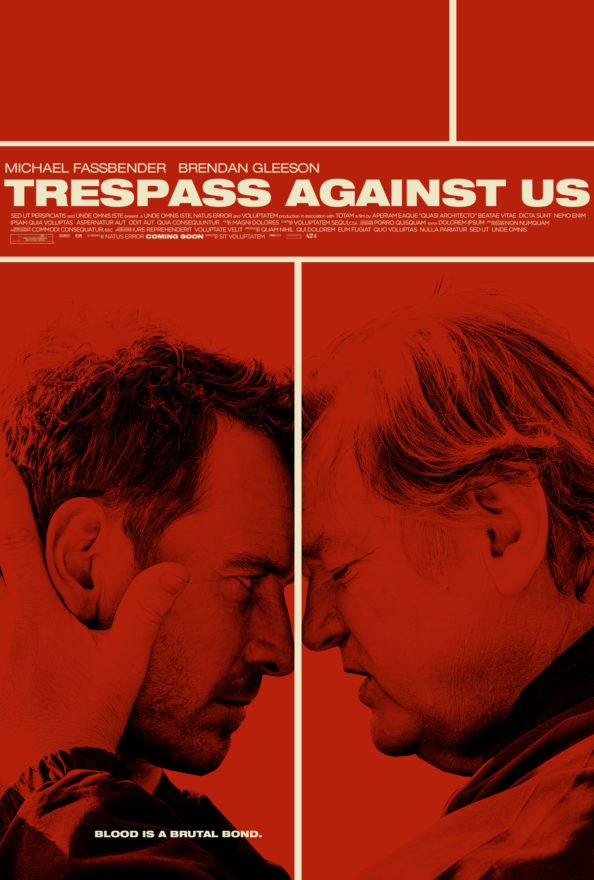 The Cutler family live as outlaws in their own anarchic corner of Britain’s richest countryside. (At one point the patriarch of the clan suggests they move on to Kent, where I spent a homestay as a foreign exchange student, and Kent, just a short train trip out of London, is a wealthy suburb.)

Chad (Michael Fassbender) is the heir apparent to his bruising criminal father, Colby (Brendan Gleeson) and is supposed to spend his life hunting, thieving and tormenting the police. However, Brendan’s masterful criminal plans are about as workable as a bank heist planned by Donald Duck. The heists make little or no sense and bring in little revenue that can be easily translated into cash.

However, Chad has a wife, Kelly (Lyndsey Marshal) and 2 small children and his young son Tyson is causing him to take a closer look at the future. Chad was never sent to school by his dear old dad, so he is illiterate. He really would have a hard time finding any kind of honest work with that gigantic hurdle to overcome. He and wife Kelly want their son and daughter to get an education.

The entire family live in a series of trailers in a gypsy caravan existence, complete with a village idiot named Gordon (Sean Harris) who serves little plot purpose other than to show Fassbender’s character being unnecessarily cruel to him at one point when Chad is particularly stressed. It did lead to one line of dialogue that was memorable, however:

I found the scene where Chad (Fassbender) tries to buy a puppy for his son’s birthday among the most moving. At least it was not 90% profanity in a thick British brogue, and I could actually understand what was being said and realize the injustice of the rest of the world towards the Cutlers, when Chad was merely trying to be a normal member of society.

There was also a creative scene where Chad escapes from the police, who are searching for him with infra-red equipment from helicopters. He crouches beneath a cow in a pasture full of grazing cows. (It’s not every day you get to see Michael Fassbender crouched beneath a cow, so there’s that.)

Although the opening bumpy scene of Chad driving through a field (he has apparently been the designated get-away driver in previous burglaries and robberies) is exciting, the camera work in all of these driving scenes is as choppy as any Jason Bourne movie.

Furthermore, what was the point of the “Free Bryan” stunt, i.e., painting a car yellow and driving it through town, when Bryan (Chad’s incarcerated brother) is never mentioned in the plot again and all the stunt did was draw attention to the crew from the authorities on the eve of a big job? The police are already upset enough with the lot of them. Yes, it was a cool chase, but it made little sense in any context, criminal or otherwise.

Most importantly, I haven’t seen a movie this badly miscast since “The Human Stain” cast Anthony Hopkins as a black professor and Nicole Kidman as a washerwoman. Nobody would believe that Brendan Gleeson is Chad’s biological father and, if we accept the premise that perhaps the MIA Mrs. Colby was impregnated by someone else (which lets Brendan off the hook as to paternity), we still have the problem of Michael Fassbender being way too cultured and good-looking for the ignorant oaf he is portraying.

I was also thoroughly annoyed that the film didn’t have Chad finally stand up to his destructive father and save his family from the inevitable fall. Not only is the patriarch of this clan a lout, he is an ignorant lout who argues that the world is flat. Furthermore, Chad’s young son is becoming his grandpa’s ardent follower in all things.I do want to commend the young George Smith who played Tyson Cutler. He did a good job of playing the nine or ten-year-old thug-to-be and I’m sure we’ll see him in future roles.
Adam Smith directed this film, which one critic in Toronto described as “the worst film I saw at the festival.” The writer, Alistair Siddons, cannot be blamed for casting the excellent Fassbender in a role that just doesn’t’ suit him. Scoring Michael Fassbender for a part in your movie has got to be a coup.

The plot, far from having a happy ending where Chad’s announced goal (“I’m not in that shit no more. I just want a quiet life. No troubles.”) is achieved takes us in an entirely different direction and asks us to root for the bonds of family over everything and anything else. (From Gleeson: “You have to stand up against them so they don’t trespass against us.”)

Only a satisfying POV if you are self-destructive masochist, methinks.