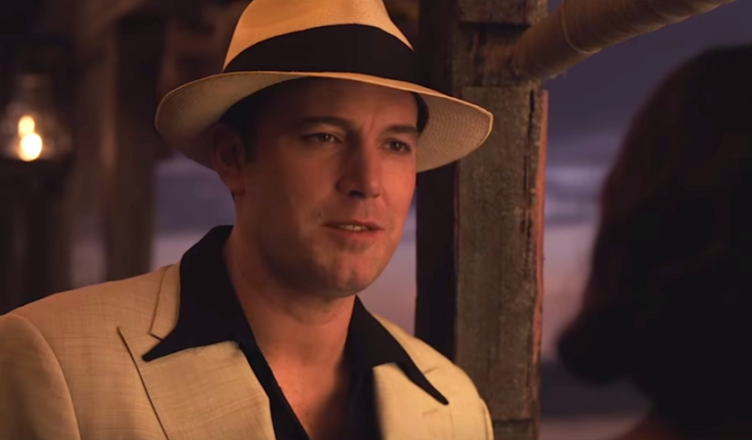 Ben Affleck has had a real good 2016 in my estimation (don’t hate), and 2017 is looking like it’s taking off right where 2016 left of. After his successful directorial hits that include Gone Baby Gone, The Town (personal favorite) and Argo, Live by Night might not be a better movie then his previous three, but it sure can proudly stand alongside them. Affleck goes back about 90 plus years into the 1920’s prohibition era and the times when running with the mob was the thing to do to stand out.

In Live By Night, Affleck plays a local Boston mobster Joe Coughlin who is sent off to Florida to run a mob ring during the peak of the Prohibition era. It’s there that he’s changing the criminal landscape and has feuds with the Klu Klux Klan and area mobs. It’s also where he meets his love interest Graciela (Zoe Saldana) that changes his outlook on life and gives him a new purpose.

Kudos the Affleck for always having a good feel for style of his movies, they are very personalized. Boston is close to his heart and his passion for the city translates well in his movies. At first glance the movie is a 1920’s gangster version of The Town. There are definite stylistic similarities in those movies, not to mention a fairly similar concept and even references (there is a mention of Charlestown, MA). The stylistic references are in ingrained in the movies visual background. The dark, brooding, film-noir locales of the East Coast. On the other end the bright sunshine of Florida, with the mosaic orange and navy blue skies that illuminate the scenes. It’s the vibrant contrast of colors that gives you a glimpse at the filmmaking style and precision of Affleck.

Once again Affleck hits the mark with the supporting cast that surrounds him. Talented, yet not super famous actors such as Zoe Saldana, Brendan Gleeson, Sienna Miller play intricate supporting parts in the movie, alongside Chris Messina and Elle Fanning who really shine in their supporting roles. Onscreen Affleck is once again very good, as he has been in the last few years. He plays a crime a Boston mobster that’s vulnerable and sensitive, not as though on as his exterior presence would suggest. I enjoyed the progress of his character, from the thuggish crook to a serious and tough mobster. His character is one of the more likable mobsters you’ll see. Mainly due to his clear intentions of standing up for immigrants and people less fortunate.

Certainly there is an ample amount of violence, but it’s fairly justified at every turn. When it gets going it’s intense and usually brief. The final shootout scene is one of the better organized cat and mouse game of shootout I’ve seen in a while. It’s cleverly organized and executed (no pun intended) with precision, while holding up the intrigue. It’s actually a fairly long scene also, but doesn’t drag by any means.

While the beginning of the movie is compelling and the climax that leads to the ending is interesting, the middle portion of the movie suffer with a noticeable lull. Not much happens during that portion of the movie. Obscure run-ins with local mobs, back-and-forth storyline jumps that lose focus, alienates from the main focus of the movie, which is Coughlin’s rise in Florida and change of personal perspective on life. The ending was a little too sentimental and wasn’t necessary to be that.

Live By Night is a well acted, enjoyable mob crime drama. The look is very stylish and faithful to the time and place in history. The action shootout scenes are nicely constructed and intense. Live by Night does have some heart to it. Just like in The Town. The mobster is a bad guy that does bad things on the surface, but there is a kind and honest man inside him that ultimately wants to do good things. Affleck really has a great grasp on the kind of movies he wants to put out there and he knows exactly how to go about them. Live By Night is one of the best, if not the best, January movie and should have gotten a more serious awards consideration look. At worst it’s a entertaining crime drama with compelling characters and a mostly engaging plot.