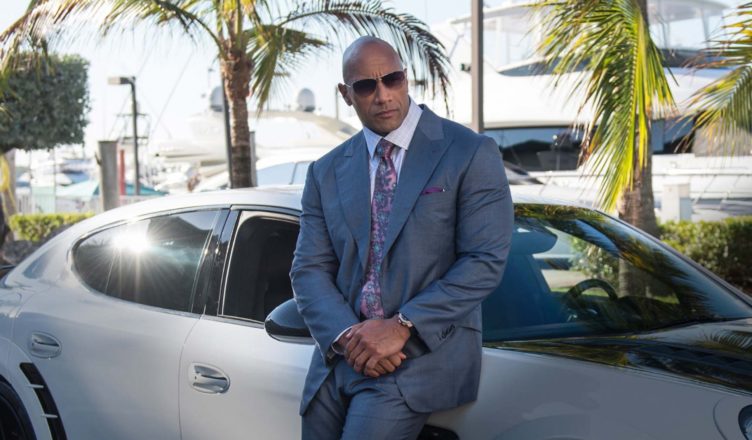 In the latest installment of my monthly movies and television shows to see compilation. June offers some nice choices for everyone. Hint: Lots of military/war movies this month. Here is a list of Blu-ray, DVD and On Demand releases for June that you should see:

I’m going to start out with the movie that is the most impactful and important. “Time To Choose” is a fantastic and informative documentary about our environment. Directed by Charles Ferguson (The Inside Job, No End in Sight), it is fantastically put together with startling and beautiful images. What’s compelling is that not only does it give you a perspective of what is going on in the world, but it provides you with options and answers how to combat these environmental issues. It is well researched, with analysis from a variety of experts and people that have been impacted. It touches on the toxic waste we produce, and a shocking look at how animals are being utilized for our consumption. The film is nicely narrated by Oscar Isaac, so that’s an added bonus. I highly recommend seeing this film.

Time To Choose is out now in select theaters

Adam Devine is about to tear it up next month in “Mike and Dave Need Wedding Dates”, but in case you weren’t aware of him, he’s been a mainstay on the Comedy Central series Workaholics. The show is a lot of fun. It’s a goofy parody, focused on three guys, played by Adam Devine, Blake Anderson and Anders Holm. There are some great cameos by well known celebrities to look out for. If you’re into all-around silly shenanigans and ridiculous debauchery, this is a show you need to check out. Season six is one of the better ones actually, the DVD bonus features include a blooper reel and a drunkumentary on all episodes.

Workaholics Season Six is out now on DVD

THE SPOILS BEFORE DYING:

Jazz, murder and a heavy done of SNL all-stars is what “The Spoils Before Dying” adds up to. Starring Michael Kenneth Williams as Rock Banyon, who is a prime suspect in a murder case of his part-time lover Fresno Foxgrove (Maya Rudolph). This movie is a fun film noir parody that’s loaded with SNL favorites such as; Will Farrell, Kristen Wiig, Tim Meadows and Chris Parnell, to name a few. Haley Joel Osment plays Banyons manager Alistair St. Barnaby. Osment is unrecognizable with his beard, it’s a must see sight. If you are an SNL fan you’ll especially enjoy this.

The Spoils Before Dying is available now on DVD

One of the premiere stop motion animated movies ever made. At times the film made me double glance at the lifelike animation that’s projected. Visually aside, the story is just if not more compelling than the look of the film. Charlie Kaufman and Duke Johnson develop a story about a man living a mundane life. Unsatisfied with no excitement, until he comes across a woman on a business trip who changes everything for him. This is a relatable story for many people dealing with a mid-life crisis, or loss of hope. This is a unique movie on multiple levels.

Anomalisa is available now on Blu-ray Combo Pack and DVD

It’s been a while since the original Jarhead starring Jake Gyllenhaal came out (2005). Ok, so this one isn’t as good as the original (rarely sequels are), but it is entertaining and action packed. Lots of explosions and action. Starring Scott Adkins and Charlie Webber, the plot revolves around a U.S. Embassy in the Middle East being attacked by outside renegades. If you’re into war and action films, then Jarhead 3 will satisfy your taste buds.

Jarhead 3: The Siege is available on Blu-ray Combo Pack , DVD and Digital HD

These days it’s almost hard to imagine a couple being together for 45 years. The film depicts an older couple Geoff (Tom Courtenay) and Kate (Charlotte Rampling) in the twilight of their lives and relationship. A letter (imagine those) arrives informing them of a discovery that is sure to alter their relationship forever. This is a real actor driven film. The performances by Courtenay and Rampling are fabulous. While the subject matter isn’t that uncommon in film, it’s refreshing to see a film centered on a relationship of an older couple, instead of movies depicting someone much younger usually. Just the top-notch performances alone are worth the watch.

45 Years is available on Blu-ray and DVD

13 HOURS: THE SECRET SOLDIERS OF BENGHAZI:

Finally director Michael Bay puts his affinity for explosions to good use. “13 Hours” is based on a true story of six ex-military operatives that fought to protect the CIA during a September 11, 2012 terrorist attack on a U.S. diplomatic compound in Libya. John Krasinski and Pablo Schreiber star in the film as the soldiers in action. This is a well done war movie. The action is intense, but justifiably so. It is sort of a blend of war movies such as “American Sniper”, “Jarhead” and “The Kingdom”.

Action, comedy and some romance is what you get with Mr. Right. Sam Rockwell and Anna Kendrick form a fun pair. Rockwell plays an assassin that ironically assassinates the people who hire him. Anna Kendrick plays the blinded by love girl, who doesn’t know much about the man she calls Mr. Right, much less that he’s an assassin. The humor is a bit goofy, but works with the plot. An enjoyable performance by Kendrick and Rockwell in a movie that combines some kick ass action at the backdrop of a romantic comedy.

Mr. Right is available on Blu-ray, DVD and Digital HD

THE OTHER SIDE OF THE DOOR:

A family loses their young son in a tragic accident. The mother discovers a way to reconnect and say her goodbyes to him, but in order to make it happen she will have to travel to an ancient temple that will connect her to the other world where she can connect with her son. Obviously she pulls and Adam & Eve and goes against the rituals which sets everything haywire. I like the premise of the movie and the scare factor is solid. It’s definitely worth checking out if you’re in a mood for some thrills and scares.

The Other Side of the Door is available on Blu-ray, DVD and Digital HD

Ballers is a really good HBO series that sort of flew under the radar. It’s about a group of former and present football players trying to find their place and navigate through their career and the world post-football. Starring Dwayne “The Rock” Johnson. Which is an immediate selling point and great casting (Johnson was a former football player). Not only does Johnson look and fit the part, but so do his compadres in the series that form his inner circle. Ballers is funny and entertaining, reminiscent of a football version of another HBO hit, Entourage.

Ballers is available on Blu-ray, DVD and Digital HD

The original was solid, but this is one of those rare cases where the sequel surpasses the original. Cloverfield Lane is two movies in one. The first half is a suspenseful thriller that doesn’t fit the mold of the original, actually it feels like a completely different film. Second part is more horror and feels more like the original. Either way it’s intriguing and well acted. John Goodman gives a heck of a performance as the protective and creepy guy Howard, who shelters a young man and woman. The constant what if scenarios are puzzling and keep you on the edge. The movie does a great job of presenting two sides, but making it difficult to figure out and pick a side.

Po isn’t going away, he just keeps coming back with new and fun adventures. The third Panda film is just as good as the first two. The franchise hasn’t fizzled out and the cast of colorful characters is back, including: Tigress, Shifu, Monkey, Mantis and Mr. Ping. This time Po has the task of defending the his land against the supernatural villain Kai, while also reuniting and rediscovering the bond with his long-lost father. It’s a sure-fire watch for the kids, as well as the parents will find enjoyment. For fans of the original, you know what you are in for, same satisfying panda fun.

Kung Fu Panda 3 is available on Blu-ray and DVD.

WTF sounds more catchy than the fully written out title, and it’s applicable to the shenanigans that occur in the film. In WTF Tina Fey plays real life war reporter Kim Baker who volunteers to take an assignment in Afghanistan due to her boredom in covering fluff stories. This might be Fey’s best film performance. She’s charming, funny and shows a serious side that she doesn’t often portray in films. The movie does a nice balance of being funny but also having a serious element to it. The behind-the-scenes lives of journalists isn’t portrayed much in cinema, but WTF shows that the party lifestyle comes with some serious risks.

EYE IN THE SKY:

Yet another war themed movie release of June. While Whiskey Tango Foxtrot gave the behind-the-scenes look at life of journalists in Afghanistan, Gavin Hood’s “Eye in the Sky” gives a behind-the-scenes look at the surveillance of a terrorist operation. The use of  modern warfare technology is also strongly features. While the film is fairly slow paced and much lower on action and explosions, it’s methodical approach is tense and gripping as it zeroes in on the decisions that are made in stopping terrorism. Numerous questions are posed, such as the cost of life in war. It’s a thought provoking film that feels like it’s executed in real-time, which depending on the way you look at it can feel a bit boring, but if you are engaged in it you will follow it closely moment to moment.

Eye in the Sky is available on Blu-ray, DVD and Digital HD