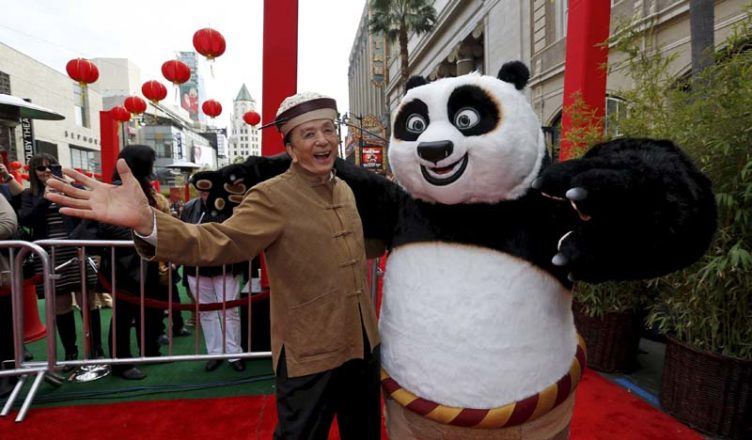 James Hong is a Hollywood legend whose image some might not recognize, but have definitely heard him. A distinguished voice and character actor with a Hollywood career that started in the 1950’s! He’s worked with the biggest names in Hollywood past and present over the years. Many will recognize him as the voice of Mr. Ping in the Kung Fu Panda movies. I had a chance to speak to James about “Kung Fu Panda 3” (out on DVD June 28), the character of Mr. Ping, as well as his legendary Hollywood career. The entire interview can be heard below:

How he got the opportunity to voice Mr. Ping:

JH: We will go back to the first one, the original involvement.  I was called in to read to read the part of Shifu, the master, I don’t know if he’s a beaver whatever he is. I read it and it looked pretty good, I was gonna do that role, then they called up and said I’m sorry we are going to go in another direction with somebody else. I was very disappointed. Apparently they got Dustin Hoffman to do Shifu, so I put it aside. A few days later they called and said that we would still love to have you James. We got this role of Mr. Ping. This is without an audition, so I just went in and did the role and it actually fitted better than anything else.

Kung Fu Panda 3 is available on Blu-ray and DVD on June 28.