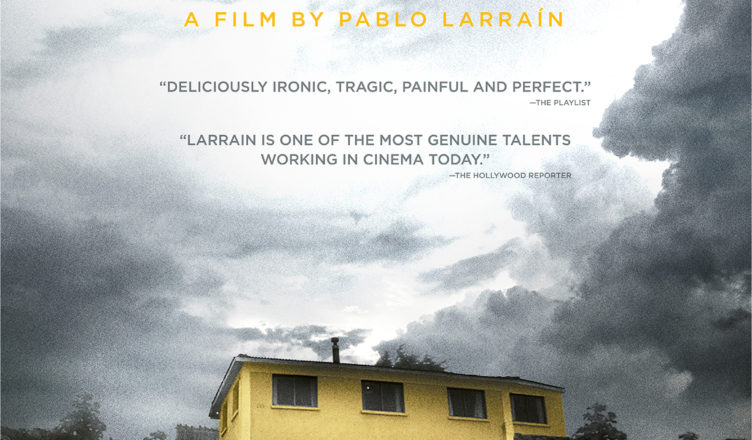 Four disgraced Catholic priests and a mysterious nun live together in a house situated in a remote seaside town. Each must atone for sins of the past. Collectively they comprise the “The Club”.

And they don’t take kindly to guests.

Chilean Director Pablo Larraín (who also shares writing and producing credit) does masterful work here creating an unremittingly dreary and dour atmosphere right from the opening frame. Even those scenes where the sun is shining feel decidedly dim in his film.

And the overarching tone befits the performances. This is fine ensemble work from the aforementioned five principle characters. The supporting cast is equally as impressive. Together these actors deliver a common thread of acute despondency and resignation to the dire circumstances which have come to consume and define their dismal lives.

It would be an exercise in easy to dismiss, or at the very least, minimize, “The Club” as a portrait of punishing depression and abject absolution. But I will submit that it is more than merely such uncomplicated characterization.

Larraín pulls nary a punch in his raw and unsettling condemnation of an omnipotent institution which has continued to figuratively turn it’s head in the face of evil transgression rather than face the sordid depravity head on and work to root out and vanquish it.

The final moments of “The Club” brings the notion of “The New Church” and the suggestion that there is perhaps systemic change afoot in institutional Catholicism. These scenes also introduce a new boarder into the house in the person of a severely scarred victim of that which has been allowed to permeate in perpetuity and practically without impunity.

But what we can not know, and what Larraín clearly leaves ambiguous by intent, is this: Will “The Club” welcome their new tenant in a spirit of repentance and forgiveness? Or will they treat this interloper as they have all other unwelcome invasions of their duplicitous commune? We can only hope for the former. Still, there is little expectation that our wish will be fulfilled. For by now we have come to learn in no uncertain terms that this is a congregation whose service is certainly not in the name of God. But rather in the shame of.

“The Club” is not at all pleasant to watch. It is alarmingly disturbing, spiritually jarring and leaves you adrift in a wake of lingering despair. This is not to say that it is a bad film. For it is not. It is to maintain, nonetheless, that it is a film about bad people violating all that is sacred about the human condition. Particularly by those who have vowed to operate in a manner mirroring that of divinity much more so than mortality.