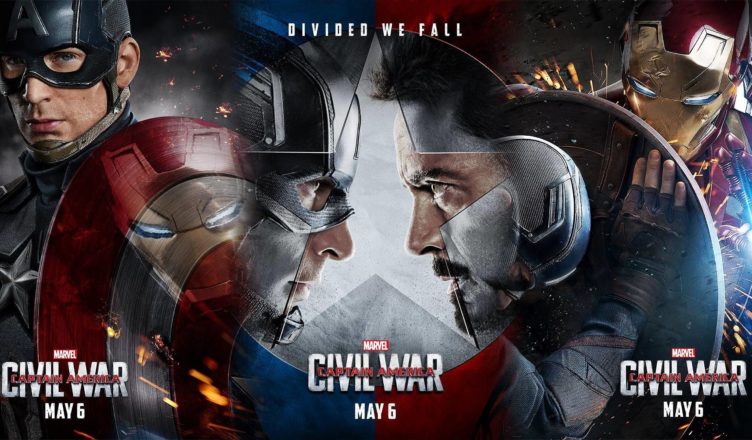 It’s finally here, Captain America: Civil War has hit theaters around the world on May 6, so naturally the comparison to will start. Which movie was better, Civil War or Batman v Superman: Dawn of Justice? After seeing both, there is a clear cut winner. Before the final verdict is reached, here is a look at what each movie did and the reaction to them:

There haven’t been many films as scrutinized in recent memory than Dawn of Justice has. Majority of critics (28% on Rotten Tomatoes) and fans disliked and nitpicked the film. Some criticisms were justified others were absurd. I heard things such as, “why is Batman fighting Superman?” or “too much action and CGI”. It’s as if people were pining to find reasons to blast Zack Snyder. There were minor issues with the film, I understand that.

The Doomsday storyline was rushed. They could have devoted more time to it and building it up. The surprise of seeing Doomsday in the film wasn’t there, as the marketing messed that up by revealing him in the trailers. Many criticisms aimed at the killing of Superman. I couldn’t disagree more with those criticisms. I found that to be incredibly bold and true to the comics. It’s obvious that Snyder didn’t kill-off Superman for good. Comic book superheroes never die. Superman will probably be back for Justice League Part 1 or 2 at the latest, but by making that unexpected and bold move it marked a clear sign that D.C. is going dark and aren’t afraid to make big moves. Credit them for that. Now onto the Marvel movie…

It’s early, but the reviews for Civil War have been overwhelmingly positive. The critics (91% on Rotten Tomatoes) and fans have embraced the movie from the start.  I swear Marvel has a spell on it’s audience. Civil War is a really is a good and entertaining movie for three quarters of it. They do an excellent job at introducing the new characters to the Marvel Cinematic Universe.

Black Panther is mysterious and dangerous when he’s unleashed. Chadwick Boseman proves to be every ounce the character as Marvel must have hoped for him to be. The most anticipated character everyone has been waiting to see was Tom Holland as the new Spidey. In the first five minutes on screen there is no denying that this is the best version of Spider-Man we have seen. Marvel nails the character. He’s goofy. Self-deprecating. Nerdy. Funny. Most importantly he’s a kid superhero thrown into a world of established adult superheroes. He is what Peter Parker/Spider-Man should be. Marvel makes perfect use of him in the film. Gives him just enough screen time to establish the character and leaves you wanting for more. Marisa Tomei is the sexiest and best version of May Parker to date. The film doesn’t hold back to point it out.

Civil War is a fun and entertaining Marvel movie with pleasant new character introductions. The battles are exciting. The main villain Baron Zemo (Daniel Bruhl) is rather disappointing and ineffective. That’s not the most disappointing part of the movie. The ending of the film is a complete copout. One of the cheapest endings to a superhero movie I have ever seen. They completely don’t honor their own source material. Calling this movie Civil War is a complete sham and false marketing. For those aware of the Civil War comic story will know what I’m talking about after seeing this film. This movie ISN’T Civil War, it’s Avengers 3. There would be nothing wrong with naming this film Avengers 3. Actually, it would have been a lot more believable and passable in the long run. The whole social media and marketing ploy of picking sides. Twitter hashtags of #TeamCap vs #TeamIronMan is a shield (no pun intended) for the disappointing end result.

It comes down to the simple fact of who honors their source material more truly. Marvel proves to be a PG kiddie friendly franchise. It’s cool. That’s been their model. It’s owned by Disney after all. However, do NOT adapt source material that you can’t honor without completely changing it. There is no shame if this exact movie was titled “Avengers 3”. It would have worked. Dawn of Justice molded and tweaked a variety of storylines including Death of Superman, Frank Miller’s Dark Knight, with a Justice League flavor. Most importantly though, they didn’t take a leak on their source material.

It’s amazing how Marvel gets by and the fans and critics never stop to take a lot at what they are really doing. The gags, the colorful fun characters, the big name actors behind the costumes is a sort of a mirage. People embraced the Christopher Nolan Batman films for it’s dark nature, but when Snyder attempts to go dark with Dawn of Justice, suddenly it’s lamented and scrutinized. It’s a weird evolution of fan commentary that we have gotten to. The more superhero films that come out, the more flip-flopping that seems to occur, with polarizing opinions. Marvel had it right for the most of “Avengers 3”, until the Civil War turned into a civil joke.

3 thoughts on “Movie War: Civil War vs Dawn of Justice”