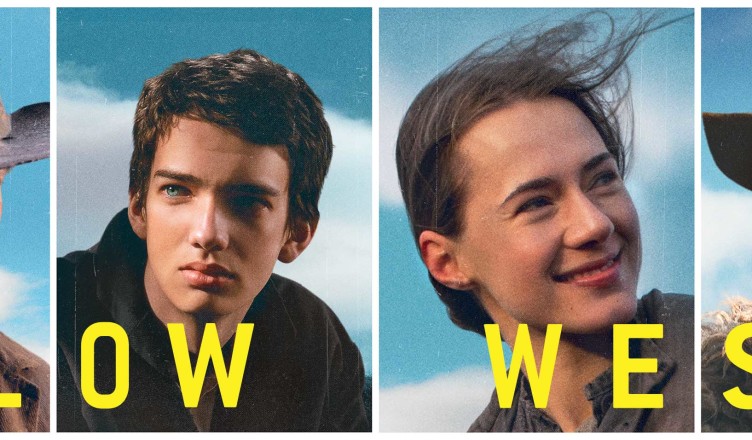 ‘Slow West’ follows a 16-year-old boy on a journey across 19th Century frontier America in search of the woman he loves, while accompanied by mysterious traveler Silas.

I came away from “Slow West” with the feeling that I had just seen the economy version of the insta-classic epic “The Revenant”.  Both deal with a raw and rugged sojourn through the Western U.S. of the 1800s.  This chronicle of a young foreigner in search of his lost and one true love simply does so in a more passive and less enduring manner.

Not that there aren’t some good things to be cultivated from what is clearly a passion/vanity project for the film’s star and co exec-producer, the recently ubiquitous Michael Fassbender.  With “Slow West”, Writer/Director John Maclean fashions a slow burning story, all the while deliberately building toward a violently tumultuous climax.  Along the way I found Maclean’s methods to be part pretentious, part conscientious, and his use of “something really big is coming, you just wait” foreshadowing heavy, pronounced and (perhaps overly) aplenty.

Shot on location with New Zealand serving as a more than serviceable Old West setting (some back-story scenes were also filmed in Scotland) and with a predominantly non-American cast, “Slow West” presents an intriguing international interpretation of the stark brutality inherent in the territory of the time.

As the movie concludes, it is the strangest of makeshift parents and children with whom we are left to consider.  And we realize full well that this is a family forged not of blood, but rather from blood.