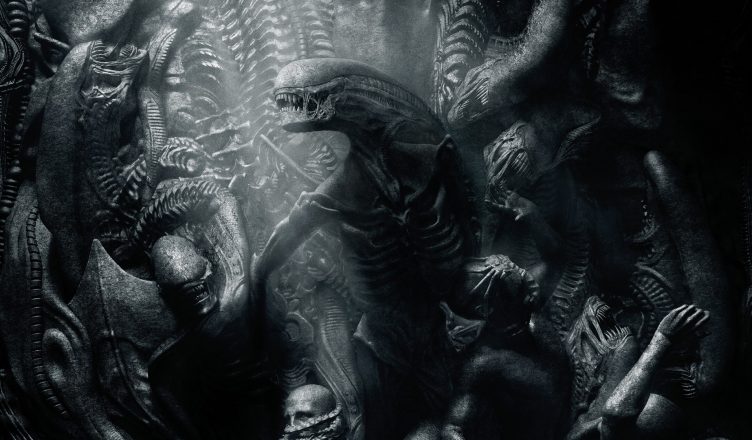 If Prometheus was supposed to be the planting of the seed, well, Covenant is that seed blossoming into a pretty flower. In the case of the movie, nothing is pretty, it’s scary and creepy, but very entertaining and intriguing. Prometheus was half the movie this is. Covenant feels a lot more like an Alien movie. Here are the good and bad parts of it:

Covenant delivers on all that you could hope for in an Alien movie. It is eerie, suspenseful and with good action. From scene-to-scene there is something going on that will keep you on the edge. The story builds tension as it progresses along. The film has some legitimate chilly moments, and some gory ones also, making it feel like a solid horror. 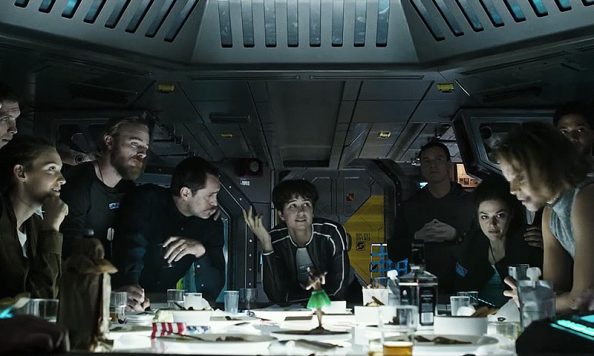 I mentioned this being twice the movie that Prometheus was, and it really is in terms of quality, action and characters. Covenant is a definite step-up from it, however, in order to fully grasp this film you’ll have to see Prometheus. There is a lot incorporated from Prometheus, the characters and plot is tied in and there are many references to it. If you don’t see Prometheus then you won’t fully grasp what is going on in Covenant. So point being, see Prometheus before you see this.

Noomi Rapace isn’t back for this one, but more importantly Michael Fassbender is back, reprising the role of David. In this movie the Covenant ship carries a colony in search of a planet to colonize on, but of course the planet they find is already occupied by some deadly creatures. The interesting part is that Fassbender plays two roles. POTENTIAL SPOILER ALERT: He reprises the role of David, so David is rebuilt and is back, but also he plays the Covenant’s robot named Walter. A more improved version of David. Fassbender is awesome in both roles. He nails the interactions between the two characters. He does a great job of coming across as creepy and funny. He’s the best character(s) in the film.

I liked how the actual alien’s were used and their backstory or creation. The alien’s look freaky and are pretty imposing. Just watch what happens when someone is trapped in their presence. Game over.

Pixie cut Katherine Waterston plays Daniels, a tough chick that’s fairly boring. I had no interest in the Daniels character, she seems forced upon as a heroine. The Alien movies always had a strong female character lead, in Sigourney Weaver and Noomi Rapace, but Waterston doesn’t seem to have that same impact as those women did. She’s a lot more quiet and composed playing Daniels, the quiet confidence and strength persona doesn’t work in this movie. Danny McBride is okay in a non-comedic role, but I have to wonder if there was no one else better that could have replaced him? I’m sure there was.

There is a twist towards the end of the movie, but it’s predictably executed and plays out in a manner where you expect the surprise and it actually ends up being that. For plot purposes it makes sense, but as far as suspense, it falls kinda flat. Fortunately majority of the movie is suspenseful enough to cover up on this blemish.

Covenant is an entertaining and satisfactory Sci-Fi horror thriller. It is a definite upgrade over Prometheus and has the tone of the original Alien movies. Fassbender is awesome on all fronts. There is a lot going on, constant action and solid cringe worthy suspense. Covenant lives up to it’s hype and finally we get an Alien movie we’ve been waiting on for decades. This is one of the top movies of this early summer movie season.

For more on Alien: Covenant check out my movie site Reel Talker

One thought on “Review: ‘Alien: Covenant’ Delivers On Scares and Intrigue”