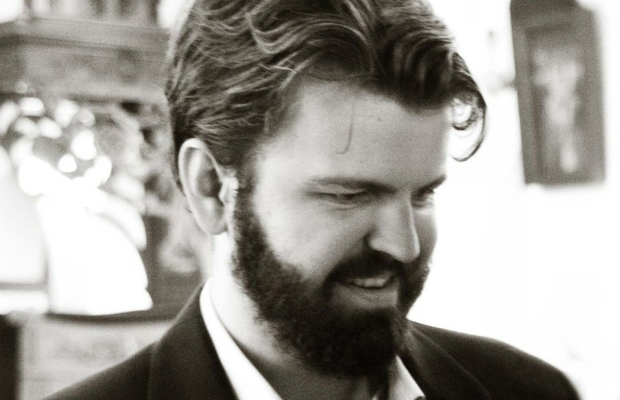 Promoting the release of his film The Better Angels, I got a chance to talk to first time director and Terrence Malick protégée A.J. Edwards about the story of Abraham Lincoln, the casting of the film, and working with Terrence.

Jim:  So I saw the film and the first thought I had was is this a Terrence Malick film because it was so similar to a film he would do. Being a protegee of his, how much did you incorporate what you learned from him to the film?

AJ: Thank you for your kindness. I have spent some time with him for sure over the last decade.We did 4 or 5 pictures now in different capacity, development, production, shooting second unit, or editorial but he definitely among others is a great influence.

Jim:  It really shows. This is sort of your baby. You wrote and directed the film. What was the inspiration for the film and where did it originate from?

AJ: I think origin stories are always fascinating. Its more than just creating a chronological biography of his early years (Abraham Lincoln). I thought it would be fascinating to show a moral biography of how his character develops, his inner sense in that way. It’s done in a subtle way in an effort to show things more deeply and not just to stay on the surface with theatrics and what you can see on television, rather making it a cinematic experience. His presidential life has been covered so much, and it should be. This part hasn’t been shown on film for over a 100 years, and its a necessary one in understanding all that he achieved.

Jim: Had I not known this film was about Lincoln, you wouldn’t be able to tell. It is such a character piece. I found the boring nuances of the film refreshing and that’s a positive thing.

AJ: Yeah, when he summed up his own life he said it could be encapsulated in the quotes. He was very humble about his own beginnings. For all intents and purposes uneducated parents, growing up very poor, lack of access to teachers. He spent no more than a year in a classroom his entire life. With the eencouragementof his brothers he did get tutored. His teachers were introducing him to great texts in mathematics, poetry, and law. It was fascinating to inherit the story that was already there. The conflicts with his father, the strong bonds with his mothers, and on top of that knowing that it’s Lincoln and adding in that final element that makes it awfully powerful.

Jim: What makes the film come alive even more are the actors. You ended up with a very talented cast. They are household names but not superstars. Great actors like Jason Clarke, Diane Kruger, Wes Bentley. How did you get them to be a part of this project?

AJ: We cast for some time, and we shared the screenplay around. The first on-board among the cast was Jason. He had an immense understanding of the role, and viewed Thomas  Lincoln sympathetically. Even upon talking to him the first time, made me understand that Jason was perfect for the role because he didn’t want to pain Thomas as a caricature and as an abuser of children and an educated back-whip guy.  Jason is a son of a sheep shearer in Australia, he grew up on a farm, and he knew what hard work was. He had a very fresh and identifiable view of Thomas Lincoln that was perfect. For him that’s why he came on-board and what I was immediately attracted to. I can same the same for everyone else. They each have a story of how they came aboard.

Jim:  Did this film take a long time to come together for you from the start the time you wrote it to the end of production?

AJ: You know, it was definitely a process but not one filled with setbacks. Rather it took some time to germinate and grow. The length of time it took helped us incredibly, because things improved. The cast was perfected, the locations, just more ideas and great talent were able to come to the table. The best thing you can have on your side in filmmaking is time. It’s really a luxury and it paid off for this film.

Jim: What made you decide to go black and white? Was it important for you to do it for historical reasons?

AJ: The film was conceived in black and white, I wanted that from the very start. Matthew Lloyd (cinematographer) was very on-board with it. His experience with black and white cinematography, all the references that he brought to the table, and a real understanding what black and white should be, and how to perfect it. The high contrast in black and white like in Orson Welles films, film noire, German Expressionism. You don’t a grayish modern black and white, you want to be very much black and white. It also transports you into the past for sure, that’s a superficial reason, definitely. Also abstract things, lets you see things deeply into things, and into the heart of it.  It makes symbols and icons out of people, places, and things. It removes the business and specificity of any given image, and asks you to look more deeply into it.

Jim: There are a lot of hints and showcases that you made towards nature, the creeks, trees, was there an emphasis on nature and the characters surroundings?

AJ: I think you said it perfectly, nature is not in the film to be pretty or decorative, it’s rather a character. It made up the majority of their existence there in Indiana. It was anywhere and everywhere, the towering hardwoods and those majestic cathedral woods as they call them. Little Pigeon Creek, by which the Lincoln’s live and their cabin was located, it was an everyday source of water. The Ohio River, which separated Indiana from Kentucky, was a main passageway or all travel. The nature is the story, its where they were and what they were trapped by, but also bound to in a positive way. Something that was frightful during the winter and was built with pure joy in the spring and summer. That’s why nature is so focused on.

Jim: Yes, its definitely a character. I thought it was well depicted in the film. This being your first film under your belt now, any projects you are working on? What do you see going down the road in your future regarding writing and directing.

AJ: I enjoy doing both writing and directing. The Better Angels was a positive experience, I aim to shoot a picture early next year. Set in Texas early next spring. We have stars attached, but its still being worked out. Can’t talk too much about it, but I’m very excited.

Jim: I was really impressed with the film and the style, I see good things headed your way. You don’t see a lot of films being made like that. Hopefully you make films like that going forward.

AJ: I appreciate your kindness, that means a lot to me. Thank you for your time this afternoon.