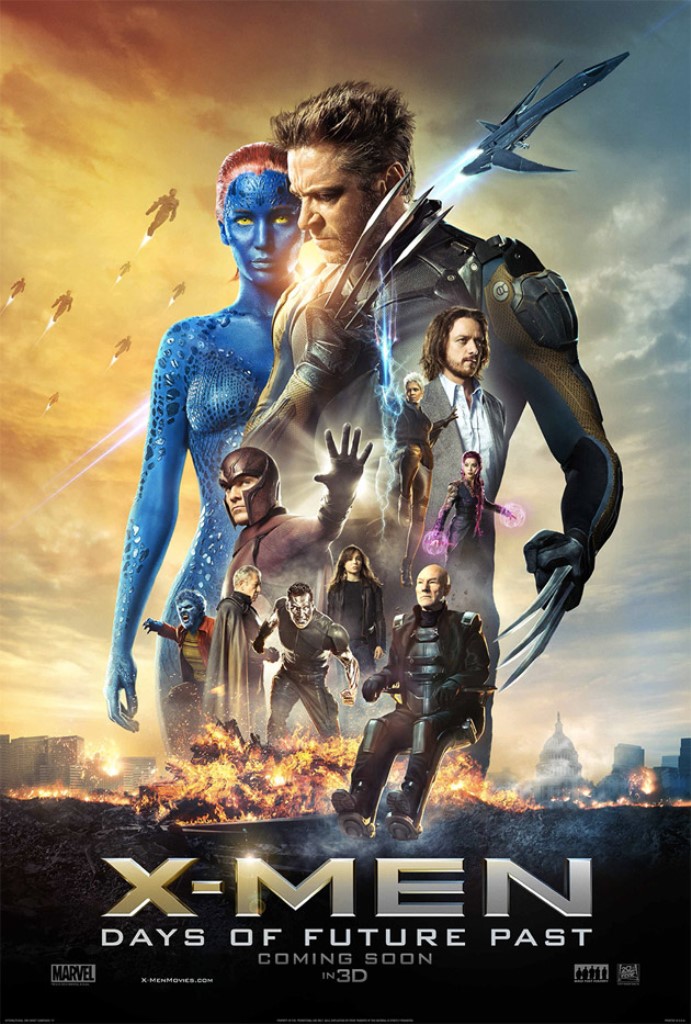 For Marvel fans, this summer is looking to be an incredibly exciting season of new movies, and there’s nothing more hotly anticipated that the newest installment of the X-Men franchise. Following on from 2011’s brilliant reboot, which took us back in time to a fresh faced playboy Charles Xavier, and a poignantly hopeful Eric Lensherr, as they explored their new powers, the new movie jumps audiences forward through a complex narrative of time travelling. The X-Men of both the future and the past must join forces to combat their enemies and fight for the survival of the mutant race.

[springboard type=”video” id=”902837″ player=”tmbg001″ width=”599″ height=”336″ ]
Seeing the new X-Men Days of Future Past trailer is enough to get you excited about the ensemble cast that’s been put together for this film – as we get to see both sides of the X-Men narrative come together, in an explosive storyline. Following on from X-Men – The Last Stand, Wolverine and Storm return, as Professor X and Magneto are forced to set aside their differences and join forces to tackle a monstrous adversary to all mutants.

Faced with potential extinction, the only option the threatened team of mutants have is to send Wolverine back in time, to restore the broken down Professor Xavier’s faith in his purpose in life, and prevent the mutant race from being wiped out by the malicious Sentinels. This complicated story sees both cinematic incarnations of our favourite X-Men duo, Professor X and Magneto, on screen, with the distinguished Ian McKellen and Patrick Stewart reprising their roles, as well as James McAvoy and Michael Fassbender as their youthful selves.

Fresh faces Alongside our favourite mutants from past films, fans can also look forward to seeing some fresh faces among the enormous cast too, including Game of Throne’s Peter Dinklage as Bolivar Trask, a military scientist determined to wipe out mutants through the creation of the evil Sentinels. Chinese actress, Fan Bingbing, stars as Blink, a teleporting mutant, as well as Bishop, the super-sonic fast Quicksilver, and new Russian recruit, Colossus, a mutant who can turn his skin into steel.

Bryan Singer returns to the helm With so many threads being brought together in one movie, it’s great to see talented director Bryan Singer return to the helm, and after the insightful character explorations of the previous X-Men movie, audiences are definitely ready for a return to some more thrilling action. Bridging the gap between the past two movies in the franchise, this bumper packed actionfest should answer some of the unresolved questions that have been hanging loose, and spoil fans by opening up a whole new series of stories to unravel in future films. With a powerhouse of acting talent brought together, this film deservedly looks to be one of the biggest smash hits of the silver screen this year.