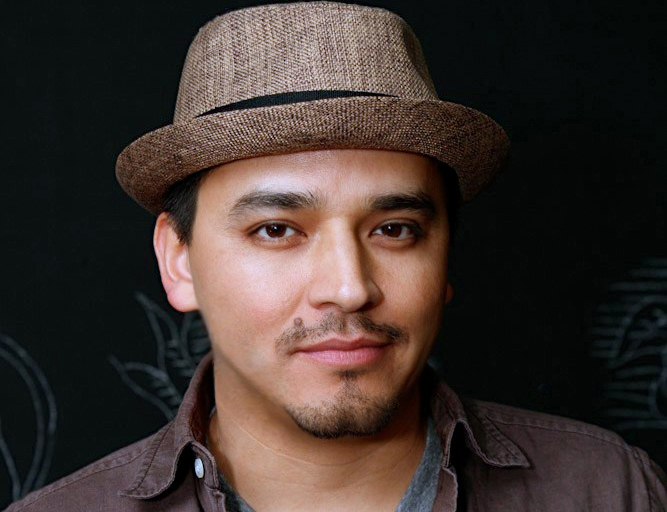 I had a great chat with Douglas Spain – a charming, humble, multi-talented guy who acts, directs, and produces. Fans of HBO’s Band of Brothers will know him from the show as Antonio ‘Tony’ Garcia, but he has also been in a number of movies. He captured critical praise and a 1998 Independent Spirit Award nomination for his feature film debut in Fox Searchlight’s “Star Maps.” He has been working his ass off as the producer on the upcoming film MISSION PARK – Out 6th September at selected AMC theatres.

TMB: Mission Park has gained limited theatrical distribution by AMC theatres, which is incredible! I was wondering if you could tell me a bit about how it happened this way, as it’s not very common for an independent film to achieve distribution directly with a theatre.

Douglas Spain: Interestingly enough here in The States there is a growing Latino audience (25% of movie goers). However it doesn’t translate in films with Latino actors, as you rarely get to see a lot of Latino talent on screen. The cast of Mission Park is primarily Latino, which is rare, and because of this studios didn’t really know how to market it as it’s not their normal type of film. This is the problem we kept running into when seeking distribution in the last year, and AMC has this programme where they allocate about 20% of their theatres to independent films – which is wonderful because a lot of independent movie houses have depleted over the years, so I think to create a balance AMC have created this programme. They got to see Mission Park because our co-producer David J Phillips had a great contact at AMC and was able to get the film to them, and they loved it! They saw that Mission Park had an audience and gave us this opportunity.

TMB: I read that Nikkole Denson-Randolph, vice president of speciality and alternative content for AMC said, “We are proud to bring Mission Park to our screens and believe it to be a meaningful story.” I bet this felt awesome!

Douglas Spain: Yeah! You know its so difficult trying to get a film made – which is just the first step, trying to get distribution is a whole other animal and all you need is one person to believe in you. AMC is a company that believed in this film and saw its potential so were very excited, and the other wonderful thing is it sort of gives us the opportunity to market the film the way we see fit and target our audience so it’s a huge gamble but were all very excited and its worth pursuing. We tried in so many different ways to acquire partnerships with different studios and it felt that AMC was the movie’s home.

TMB: Was it a smooth run all the way or did you run into any issues in the process of  Mission Park?

Douglas Spain: It’s been an uphill climb since day one; the fact that the cast was predominantly Latino was an issue unfortunately because we don’t really have many Latino stars per se. There are not enough strong lead Latino actors but that’s because they’re not casting them. It’s up to me as a Latino producer that I bring some balance and try to create roles that Latinos can sink their teeth into. It’s up to us as filmmakers to create those opportunities and help make the next stars. For me its always about the story and getting the right actor for it but when there’s such an imbalance you sort of then have to bring out that card, which you don’t want to, because you don’t want it to be about someone’s background, but about the story. But in this industry there is a huge imbalance, which makes it very hard, but we were adamant to stand our ground. For the initial looking for funding it was hard, as they originally wanted us to cast the sidekick as Latino and the rest of the roles Anglo as it would do better in the market. The analogy I’ve used is that is is like a video game – even though you’ve cleared a level and moved onto the next one, there are still challenges you have to face to complete that level and that’s what its been like for us. If there weren’t any challenges you probably wouldn’t play the game, so I’m trying to see the entertaining aspects of these challenges.

TMB: What was it exactly about Mission Park that drew you in to producing it?

Douglas Spain: The film’s director Bryan Ramirez handed me the script about 5 years ago asking me to consider one of the roles as an actor. (I have been in the business as an actor for 20 years.) I produced some short films that I had also directed and felt I was good at it, so I had a conversation with Bryan and told him I really liked the script and felt I could take on the challenge of producing this feature film, and he said sure lets do it, and I took the ball and have been running towards the goal ever since!

TMB: Even though you ended up becoming the film’s producer, you do have a small role in the film.

Douglas Spain: Yes I do, I was going to play one of the lead roles however I felt producing and portraying a lead role was too much at the time, and one of the aspects whether the producing or the acting was going to suffer, so I didn’t want that to be the case because they were both time consuming and as an actor I really like to concentrate on that work and being the producer I wouldn’t have that op so I stepped down and we sought an actor to replace me – Joseph Julian Soria – and he really brought that role to life the way I had envisioned it! Our goal is what’s best for the story and the project overall.

TMB: Tell me a little more about Mission Park that our readers may like to know about.

Douglas Spain: The story of Mission Park is about how one event can drive people in different directions, what each individual has made of their lives or chosen paths. The characters grow up together and end up on different sides of the law due to choices they have made – it’s a common ground for a lot of us that have been at the crossroads of good and bad, even for something as miniscule as telling a white lie. The director wanted to showcase how 2 people can go in completely different directions and meet at the other end. We’ve been to several film festivals and won awards, which goes to show that the audience is really liking the film and responding well. Different audiences from different backgrounds are enjoying the film – it’s not aimed just at Latinos. This is because at the core there is a story there and there are wonderful performances – its really what’s going to make or break a film; the story. The film is also beautiful to look at, it’s really looks gorgeous up on the screen. I am very proud of the project.

Oh, and for all the Band of Brothers fans out there, you’ll be glad to know the cast and crew still get together for a BBQ reunion each year!