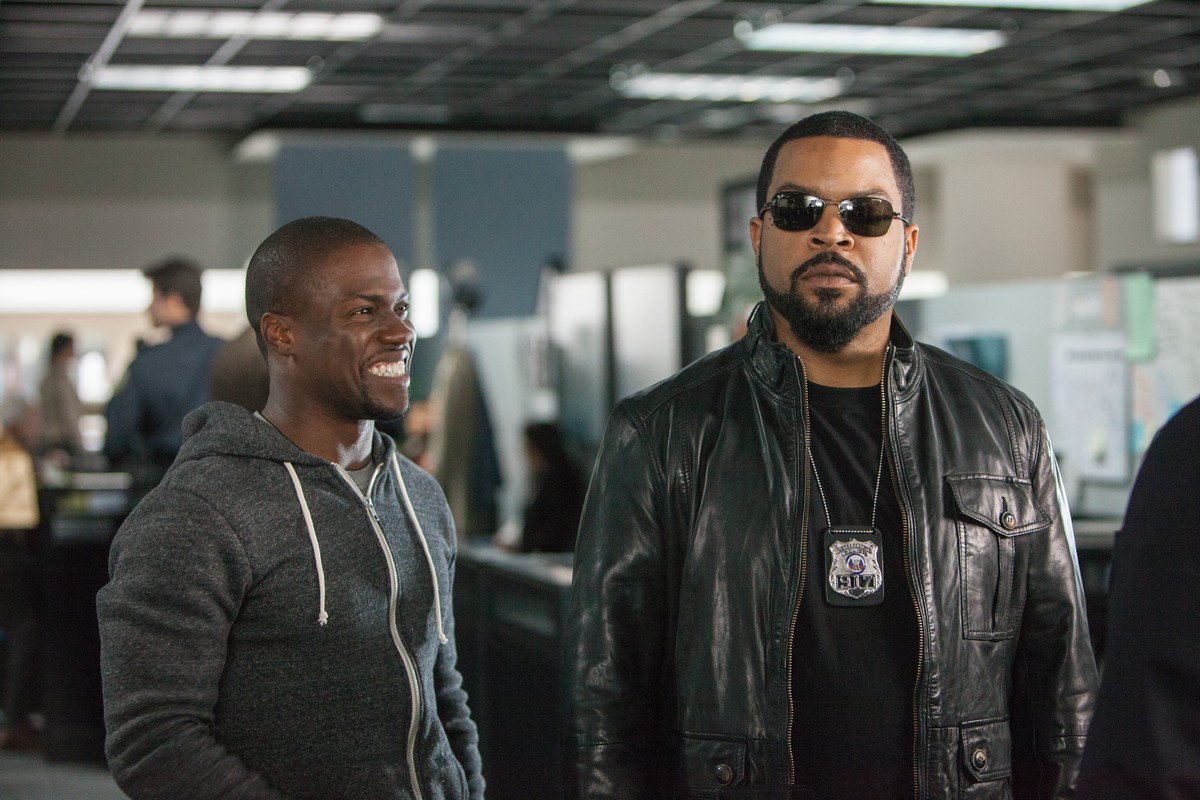 Kevin Hart is somewhat popular these days after having a great run in 2012 with his films, stand ups, and media appearances. It seemed like Kevin “Chocolate Drop” Hart was appearing everywhere and in everything for a while and he plans to maintain that momentum with his latest film co-starring with Ice Cube in “Ride Along”. Check out the trailer and images that Universal Pictures was kind enough to share:

Kevin Hart and Ice Cube lead the lineup in Ride Along, the new film from the director and the producer of the blockbuster comedy Think Like a Man.  When a fast-talking guy joins his girlfriend’s brother—a hot-tempered cop—to patrol the streets of Atlanta, he gets entangled in the officer’s latest case.  Now, in order to prove that he deserves his future bride, he must survive the most insane 24 hours of his life.

For the past two years, high-school security guard Ben (Hart) has been trying to show decorated APD detective James (Cube) that he’s more than just a video-game junkie who’s unworthy of James’ sister, Angela (Tika Sumpter).  When Ben finally gets accepted into the academy, he thinks he’s earned the seasoned policeman’s respect and asks for his blessing to marry Angela.

Knowing that a ride along will demonstrate if Ben has what it takes to take care of his sister, James invites him on a shift designed to scare the hell out of the trainee.  But when the wild night leads them to the most notorious criminal in the city, James will find that his new partner’s rapid-fire mouth is just as dangerous as the bullets speeding at it.

I am an unapologetic Kevin Hart fan. There, I said it. I think the guy is often hilarious and tend to keep an eye out for projects that he’s involved with and this film is no exception. Ice Cube has been known in the past to be able to deliver a good comedy and has been pairing himself with comedians in the peak of their popularity and I’m hoping that this movie is a success along the lines of “Friday” and not so much like “First Sunday”.

This one want land in theaters until January 2014. Let me know what you think in the comments…