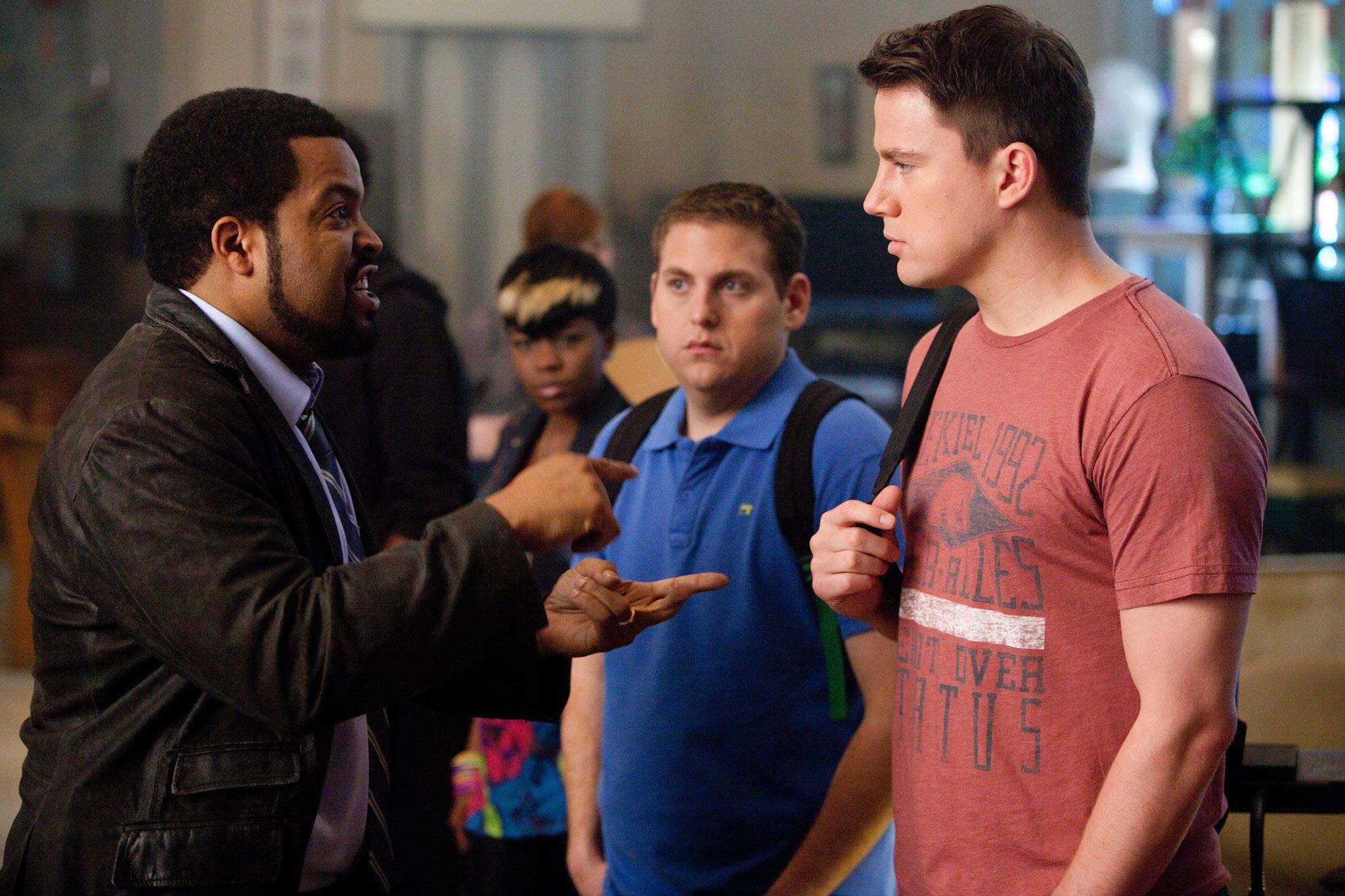 Most 21 Jump Street / Channing Tatum / Ice Cube / Jonah Hill fans probably know, but for those of you who don’t, the original 3 are back for the sequel: 22 Jump Street. Due out June 2014. YEAH. I am seriously excited about this trio coming back to the big screen: Ice Cube’s angry hilarious outbursts, and one of the best and most ridiculous comedy bromances in movie history! 21 Jump street was HI-FRIKKIN-LARIOUS. I was a bit weary at first of Tatum playing a funny guy and bouncing off Jonah Hill – but man he did it well. So well. With the same cast lined up, I can only imagine how funny the sequel is going to be! As soon as we have any images, posters, or teasers, we will be sure to share them with y’all.

Here’s a extract of an interview with directors Chris Miller and Phil Lord about 22 Jump Street:

“[The undercover program] moves across the street,” Lord said. “They got more money for the Jump Street program, and they could have an even cooler office with flat screens. It’s a different abandoned church, across the street from the first abandoned church, but way nicer. Jenko and Schmidt are going to college, and we’re delving deeper into their relationship. As the first one was them getting together, this is their marriage.”

One big talking point coming out of the first movie was, of course, Depp’s surprise cameo at the end, and for “22 Jump Street,” the directors say you should expect a comparable surprise. “We’re certainly exploring options, trying to figure out what would be as fun as that,” Lord said. “It’s awesome to have in your hip pocket this amazing surprise, so we’re hoping to find a way, whether it’s some amazing casting thing or some cool story surprise. We’re trying to make it feel as fresh as the first one.”