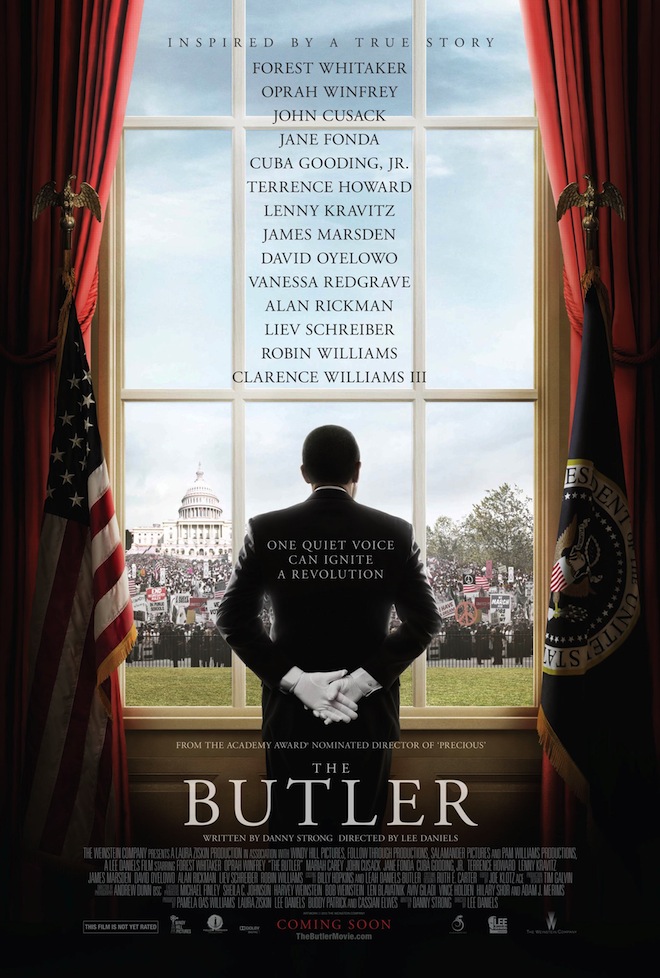 The Weinstein Company directed us to a pair of new posters for their upcoming film with the eye catching cast. The movie stars Forrest Whitaker, Oprah Winfrey, John Cusack, Jane Fonda, Cuba Gooding Jr., Terrence Howard, Lenny Kravitz, James Marsden, Alan Rickman, Liev Schriber, Robin Williams, David Oyelowo, Vanessa Redgrave, and Clarence Williams III. I have yet to see the film but a friend of mine managed to attend a screening and had very positive things to say about the film so my curiosity is piqued. Check out the posters but keep in mind that it’ll be until October 16th until the rest of us to see the movie.