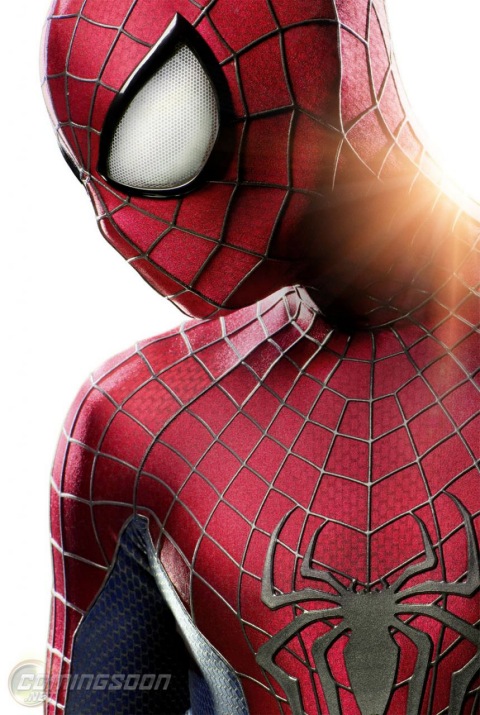 As most of you know I have no remorse with pointing out the mis-steps of Marc Webb’s The Amazing Spider-Man film.  One aspect of which that drew my ire was the costume design of our favorite web head and I felt it was a poor attempt at success although it was a successful attempt at contrarianism. The design was meant to be different than Sam Raimi’s look for Spider-Man just for the sake of being different and children’s Halloween costumes suffered for the decision.  I want to believe that Webb is looking to redeem himself in the eyes of naysayers like me and one thing that he’s been seemingly pleased with is the redesign of Spidey’s costume and was kind enough to provide the world with an image via his twitter: Holy fuck, he nailed it.  Not only did he shift toward the more traditional design but he also seems to have improved in some areas than Raimi’s design, specifically with spidey’s face!  This doesn’t show us whether or not Spidey is still sporting steel plated boots but I’m liking a lot of what I’m seeing in this shot.

I’m getting a good feeling about this sequel…