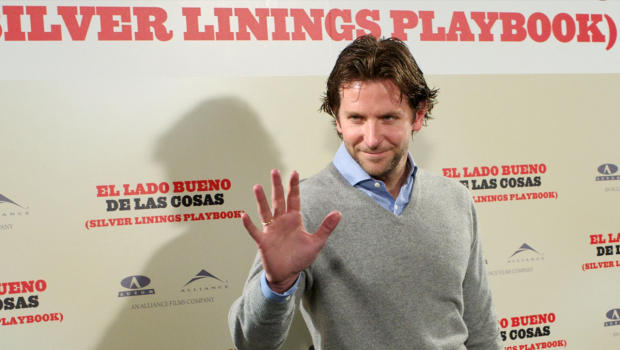 There’s a wild rumor flying around the internet about Bradley Cooper hunting down the role of playing Lance Armstrong in a film about the infamous cyclist.  The rumor is so detailed that it goes as far as to say that Bradley Cooper has been engaged in an e-mail exchange with J.J. Abrams, the guy who apparently owns the film rights, and had been actively pursuing the role:

The Silver Linings Playbook star Bradley Cooper is in talks to play Lance Armstrong in the J.J. Abrams produced film project based on the disgraced cyclist. After the movie was announced last week, Cooper expressed some interest in playing the cyclist. He ended up sending Abrams an e-mail, and Abrams confirmed to ET this last weekend that they’ve been talking.

The movie will be based on the proposed book by Juliet Macur, to be called Cycle Of Lies: The Fall Of Lance Armstrong. The film will tell the story of the cyclist’s inspiring rise and epically disgraceful fall.

When I first saw the news that they would be making this film, I immediately thought Cooper would be best actor to take it on. Now it looks like we might get to see him do it. What do you think about Copper possibly playing Armstrong?

So with Geek Tyrant reporting the news a few other movie blogs caught wind and started spreading the news.  All good and fun until the guys over at Extra caught up with cooper at the SAG awards this weekend and heard quite the contrary from Mr. Cooper himself:

“Extra’s” Renee Bargh talked to “Silver Lining Playbook’s” Bradley Cooper on the red carpet at The SAG Awards. The actor, who just came back from promoting the film in Japan, set the record straight about playing Lance Armstrong on the big screen.

“I was in Manchester, doing BBC Morning. The guy out of the blue said, ‘Would you want to play Lance Armstrong in a movie?’  I was yea, he is fascinating, what a fascinating character and that was it…I had no idea JJ Abrams had the rights.”

Renee asked, “You would do it if it got offered to you right?”  Bradley, “Let’s keep it real, I don’t want to get excited.”

That said, it seems that the original story was a bit exaggerated somehow and gives us all some rare insight about the stuff reported on the internet.  Sometimes the most in depth detailed reports are those concocted out of a blurb from someone and takes on a life of its own.  I’d like to see Cooper do something like this but at the moment the story has no legs…