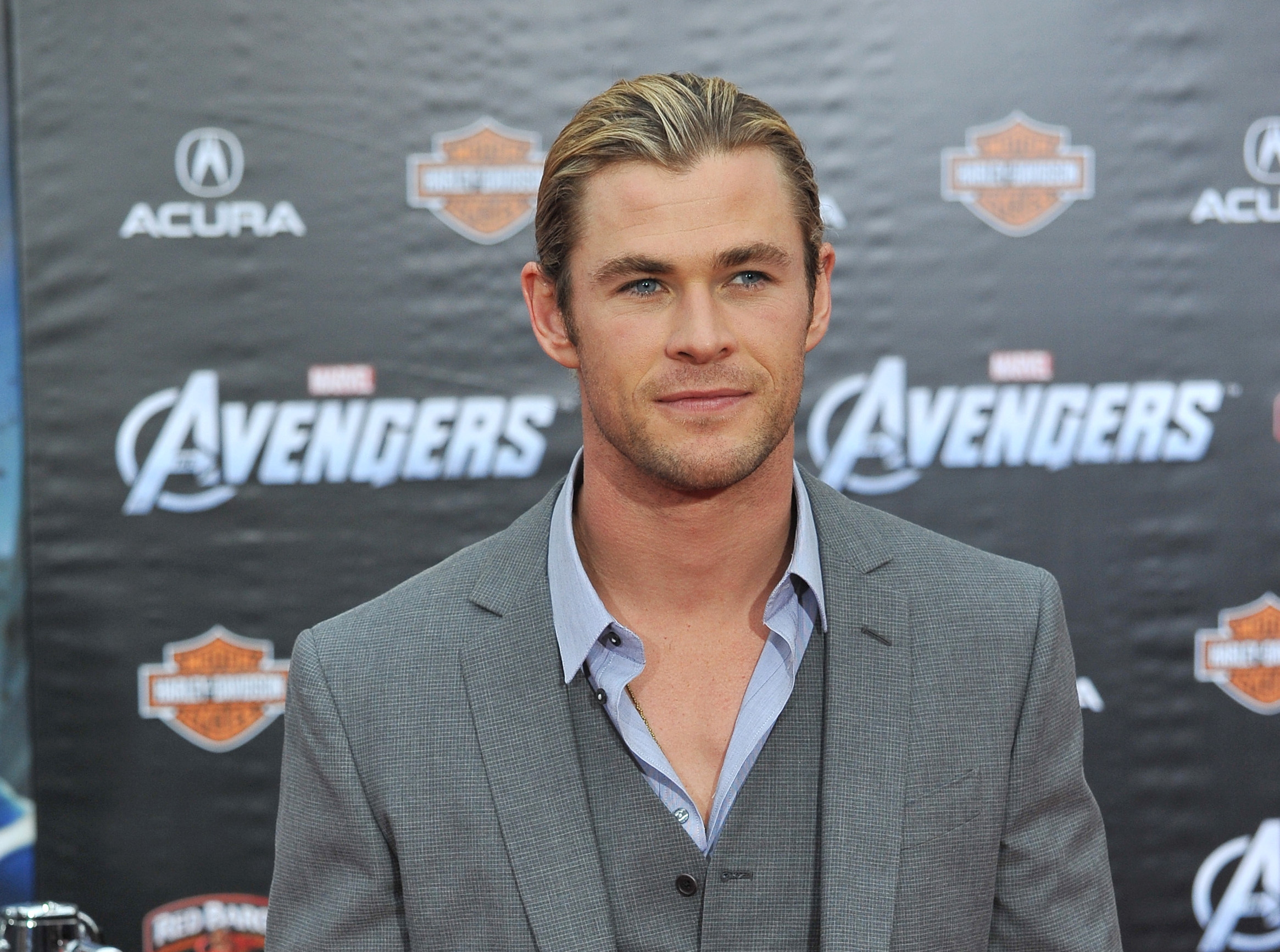 Chris Hemsworth is a busy guy of late with his fourth, and final, film of this year releasing in a few days and as a result he found time in between shooting of Thor: The Dark World to talk about the filming process of that film and his outlook on working with Steven Spielberg for ‘Robopocalypse’ which is now also starring Anne Hathaway. Here’s what Hemsworth had to say about filming The Dark World:

“We have six weeks to go to shoot,” said Hemsworth “This is the trickiest bit, because you can go, ‘Oh, yeah, we’re past the halfway mark!’ which isn’t a good idea, because you’re not finished yet. You sort of get that second wind about now or you hope to and push on through. But it’s been great. The look of the film is a lot bigger than what we did even previously. The first one worked and people loved it, but this is with a different director and just has a totally different feel. There’s a definite “Game of Thrones” vibe thanks to [director] Alan [Taylor].”

And here he mentions the implications of not ‘checking in’ on Natalie Portman’s character Jane during the Avengers incident:

…They asked him about if there would be a rift between Thor and Natalie Portman’s Jane for not saying ‘Hi’ while on Earth for The Avengers.

“Definitely. For Thor and Jane, there are some unanswered questions now, since obviously he didn’t stop in and catch up with her in ‘Avengers.’ Thor might have some explaining to do in this one….There’s some fun to be had with that…And with Loki, we get down to the major bones of our conflict with everything that’s come from ‘Thor’ to ‘Avengers’ to now.”

I like that he mentions the Game of Thrones vibe that I was hoping to hear. True, it’s  almost a pre-requisite considering director Alan Taylor’s background to mention the television series but it’s something I’m looking forward to with respect to Tom Hiddleston’s “Loki” and how he will fit into the social hierarchy of Asgard considering his past transgressions but more importantly by the fact that Asgard is facing a threat that, presumably, also threatens Loki.

When Hemsworth was asked about Robopocalypse he responded with the following:

“No one does sci-fi better than him. It was a no-brainer. And then I read the script and was even more excited if that’s possible.”

And there you have it folks: Working with Steven Spielberg is a ‘no-brainer’. Just ask anyone who’s career benefited from working with the esteemed director like Vince Vaughn, Christian Bale, BD Wong, Djimon Honsou, Matt Damon, Colin Farrell, and more.