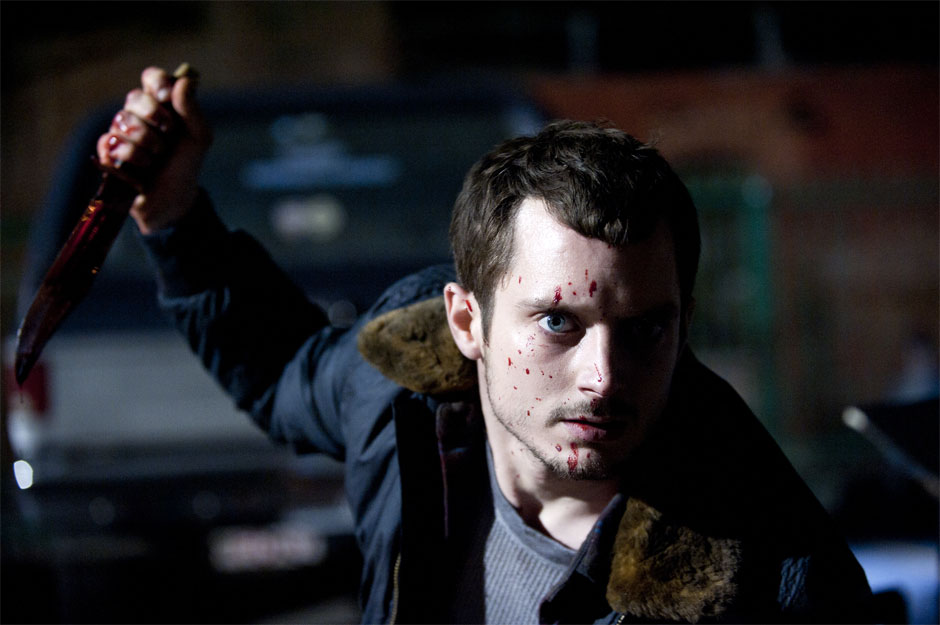 Just when the streets seemed safe, a serial killer with a fetish for scalps is back and on the hunt. Frank is the withdrawn owner of a mannequin store, but his life changes when young artist Anna appears asking for his help with her new exhibition. As their friendship develops and Frank’s obsession escalates, it becomes clear that she has unleashed a long-repressed compulsion to stalk and kill.

A 21st century Jack the Ripper set in present-day LA, MANIAC is a re-boot of the cult film considered by many to be the most suspenseful slasher movie ever made – an intimate, visually daring, psychologically complex and profoundly horrific trip into the downward spiralling nightmare of a killer and his victims.

Elijah Wood has been somewhat of an enigma to me. I’m going to always remember him for his part in “Radio Flyer” as HBO had the movie on constant replay when I was a kid, but most households will remember him for portraying Frodo Baggins with the Lord of the Rings trilogy the guy got kinda… weird. This trailer here is pretty much the guy staking his claim to the “scary dorky guy” title, competing with Topher Grace and Jesse Eisenberg.