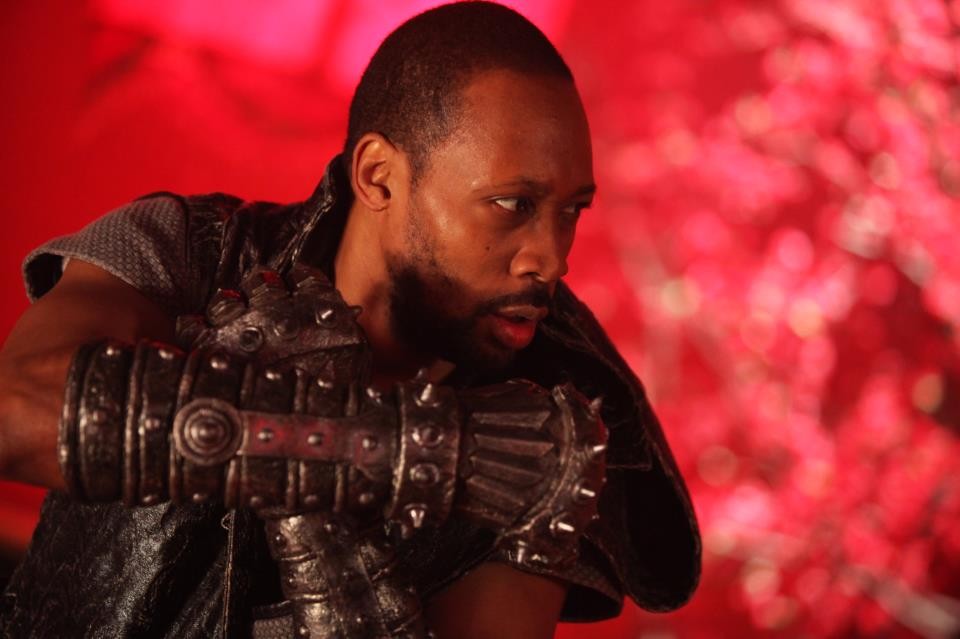 The Man with the Iron Fists appears to be shaping into a fun film with a lot of action and graciously gratuitous violence. Today I learned that Django Unchained also has an insane amount of graciously gratuitous violence, but what else do these films have in common? Well, they’re both Quentin Tarantino productions which is pretty cool but did you know that RZA’s Iron Fisted ‘Blacksmith’ was supposed to be IN Django Unchained? Well, we know that RZA is in Django Unchained and here’s his explanation from RZA telling us how these films almost had an additional connection:

Movies.com: Your character the Blacksmith has a backstory as a slave named Thaddeus Henry Smith before he assumes his new alias. Is there a Django Unchainedtie-in with him, by any chance?

RZA: Well, I couldn’t do it. We tried to do it. There was a tie! And because of the schedule forIron Fists, I had to let another character do it. I didn’t make it into the film. The idea was that Thaddeus would be on the auction block. You’ve seen the trailer, when the camera passes by all the guys? So Thaddeus is supposed to be on that line.

Movies.com: So is the Django tie-in why you wrote the Blacksmith’s backstory intoIron Fists?

RZA: No, when Quentin started writing Django he was up to only page 20, and me and Eli were finished. And we brought in New Year’s together, and we were telling each other stories and kicking it, you know – just guys being guys. “And my scene – I got a scene like this and a scene like that.” So then when Quentin finished Django, he read the whole thing to me – it was 90-some pages at the time. I spent a few days with him. And this is right before I went to China. And then when I came back I was like, “Yo Quentin – we should have Thaddeus… one of the slaves is Thaddeus!” So this way, we’d tie both movies together. And I told him that’d be the ultimate tie-in that’d really rock the fans. And he’s like, “Yeah – you’re right!” But, my schedule f**ked it up.

Damn, RZA. You f**ked it up for all of us! The “Thaddeus” character that he’s playing in Django may/would have been the same Thaddeus that turns into the Iron Fisted Blacksmith? You dropped the ball, homie.