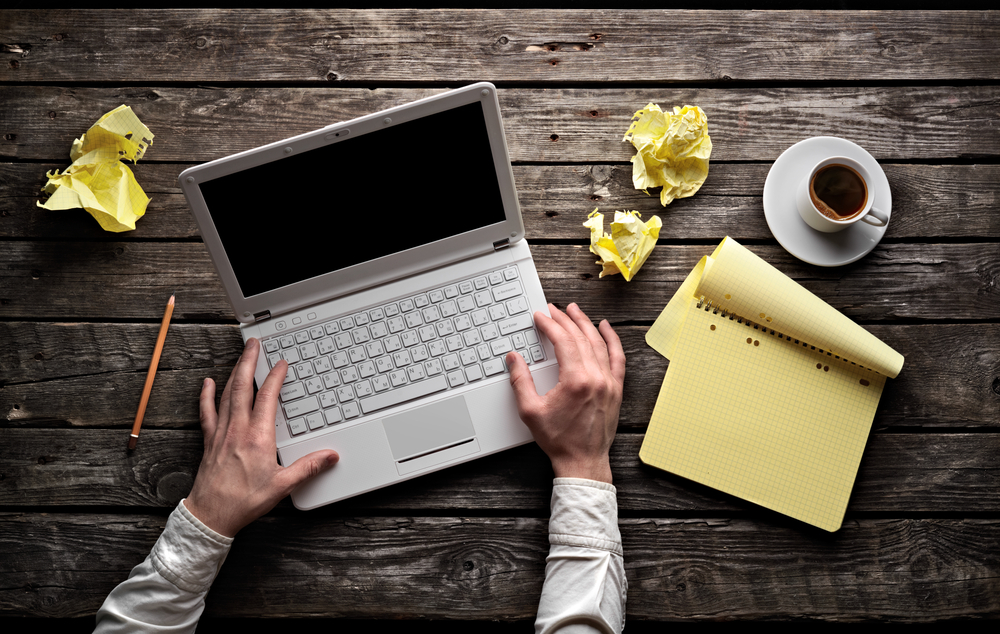 Two words neatly summarize the life of the screenwriter. One is fabulous, the other lonely.

“Lonely” is self-evident as well, but perhaps needs a bit more discussion and elaboration. The research that most screenwriters engage in can and should put them in touch with people, perhaps involve travel and always force them to have dialog with the world. A screenwriter should ask the big questions.

There is no lack of advice on how to manage through the one to get to the other. One thing one notices when exploring the pure subject of screenwriting is that there are many, many writers and authors who are willing to share their advice on screenwriting as a vocation (or at least very active avocation). Another word keeps popping up, we note, with regard to building success as a screenwriter. That word is discipline.

Blogger Daniel Martin Eckhart (“Write, write, write…Not necessarily in that order”) says that discipline and stamina (and “you should essentially be a film geek”) are the two most essential elements of successful screen writing, which precede development of craft and talent. “You will never be a true writer unless you have the aforementioned discipline and stamina,” he says. “Before you get hired to write, you need a body of work. So start writing. Now! Write every day – develop the discipline to write daily – write your own script, finish it, write the next one, finish it, write the next one, finish it.”

In his own blog, Jurgen Wolff says, “to control yourself you must control your environment.” In other words, to become disciplined about the craft it helps to have certain things in place to support it. His recommendations are (1) establish a dedicated place to write, (2) a time to write, (3) a method for recording your ideas wherever and whenever they hit you, (4) a reminder of your goal, (5) a means to track progress, such charting what you have written and (6) set up a support network of peers and mentors.

Eckhart’s approach, perhaps subtitled “Just Do It,” is perhaps the singular directive that all individuals in any of the creative arts should observe. But Wolff’s very specific

directives give it more form, a checklist for those of us who like incremental steps on the way to our achievements.

Screenwriting classes are perhaps a means of testing out these ideas on instilling discipline in the lonely pursuit of fabulousness. Whether it is at a formal, degree-granting program (example: the Screenwriting School at New York Film Academy, with degree- and non-degree classes offered in a dozen cities around the world) or while working through online courses, the aspirant film screenwriter is given ample opportunity to set goals and achieve them – or not. Classes might not be for everyone, but they’ve certainly been a first step for thousands of successful industry professionals.

Film schools that offer screenwriting alongside acting, producing and animation are perhaps advantaged in today’s entertainment industry. With the advance of digital technologies, the lines between each of these are blurred such that the professional should have some facility with each – or at least know people who do. Whilst on the way to establishing a disciplined screenwriting process, writers often develop professional contacts who can help them out.

Discipline is rarely a natural state, perhaps even more so for creatives. But overcoming a lack of discipline is one of the best means for achieving success in artistic and commercial filmmaking.

A Director and Screenwriter by trade, Claude Kerven has directing over25 short films and commercial parodies for NBC's Saturday Night Live,working with such celebrities as Eddie Murphy, Billy Crystal, Jim Belushi,Martin Short and Julia Louis-Dreyfus, as well as guest hosts Stevie Wonder, Lily Tomlin and Jerry Lewis. Kerven's other directing credits include several Emmy award-winning and nominated ABC After school Specials,directing such notables as Viggo Mortensen and Sarah Jessica Parker.Kerven won an Academy Award for his student film, "Candy Store," and was nominated for a Cable Ace Award for his Cinemax Comedy Special, "Birthday Boy." As a screenwriter, Kerven worked as a staff writer for Sam Raimi's Renaissance Pictures and was the co-writer of "Mortal Thoughts," produced by Columbia Pictures and starring Bruce Willis, Harvey Keitel and Demi Moore. Kerven is currently the Chair of the 1-Year Filmmaking Program atthe New York Film Academy, where he teaches directing and screenwriting.

View all posts by Claude Kerven →