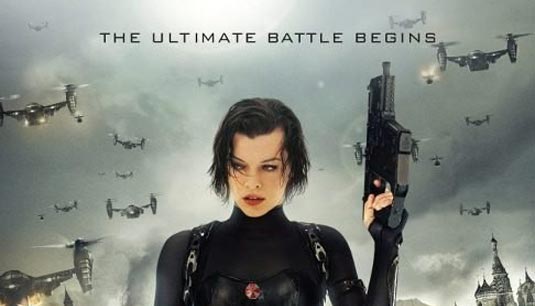 I love Milla Jovovich. I don’t think I make my appreciation for this woman as transparent as it deserves but every once in a while a new Resident Evil film is released and they find incredible ways to showcase her pristine physique to remind the masses why she accumulates so much of my affection. Surprisingly another poster has been released for the next Resident Evil movie. Not so surprisingly Jovovich is the centerpiece of the poster and has her in some nonchalant gun toting pose. So much global destruction going on in the background that one has to wonder what it takes to get the attention and focus of Alice during all this mayhem. What is she thinking?!