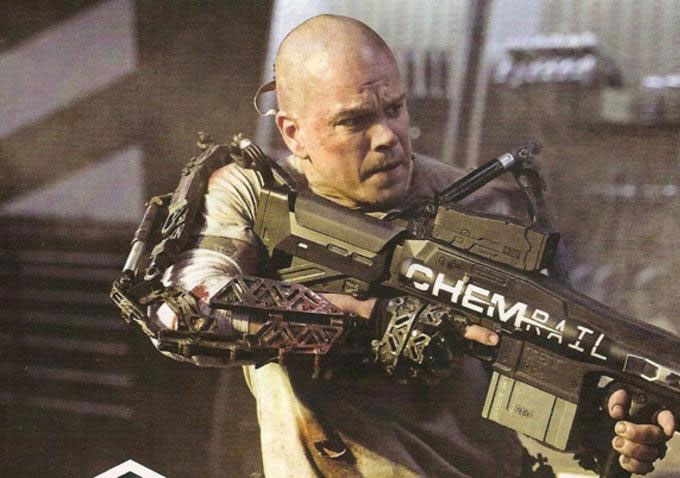 It wasnt long ago that the above plot for Neil Blomkamp’s Elysium was revealed and now theres yet another picture to go with it.

Set in the year 2159, where the very wealthy lives on a man-made space station while the rest of population reside on a ruined Earth, a man takes on a mission that could bring equality to the polarized worlds

Loving the look of the hardware both the exoskeleton(?) and the “Chemrail”, with the movie not releasing until Q1 of next year crumbs such as this is all we are getting.