Images from the upcoming remake of the George Romero film The Crazies are online.

Check out the character posters and a few stills. 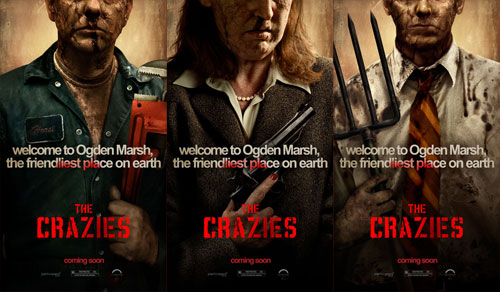 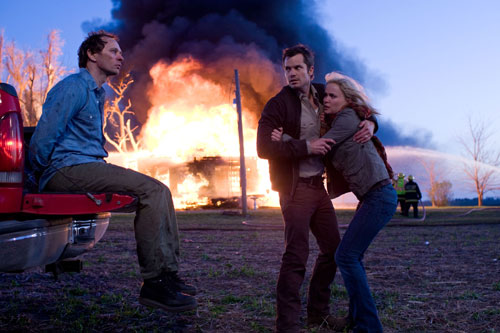 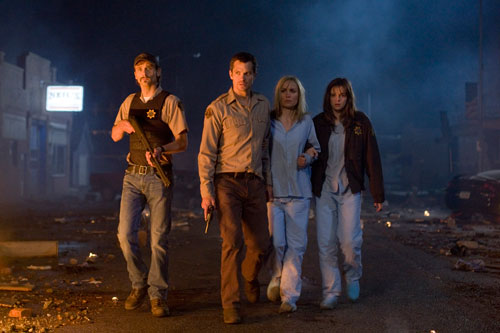 And with the silliest sounding synopsis:

Imagine living in a small town where everything is safe and happy…until suddenly it isn’t. Imagine your friends and neighbors going quickly and horrifically insane. In a terrifying tale of the “American Dream” gone horribly wrong, four friends find themselves trapped in their hometown in The Crazies, a reinvention of the George Romero classic directed by Breck Eisner from a screenplay by Ray Wright (Pulse, Case 39) and Scott Kosar (The Amityville Horror, The Texas Chainsaw Massacre).

Sounds like your typical zombie-esque film. Sure they are not zombies by exact classification but the people do devolve into something less civilized that while not craving brains for lunch are still less than cordial in their homicidal tenancies.

What caught my attention was Danielle Panabaker. I haven’t seen her in anything since her quirky adorable presence in Sky High (shuddap, I liked that movie) and (briefly) mistook her little sister for her in last year’s forgettable film Fame.

But I like seeing Olyphant kicking some ass, so this should be a fun “don’t die” seat of your pants kind of film.

9 thoughts on “First Look at The Crazies”