I had a good laugh at this. Someone went through and compared the Avatar story with Pocahontas in a brief summary. Yes the story has been told a million times (Dances with wolves, Fern Gully, Battle for Terra), but this is just damn funny none the less. 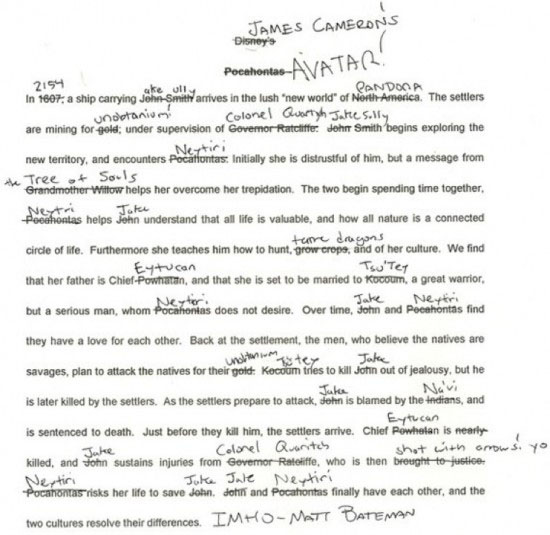