This weekend I had the pleasure of attending Canada’s only G.I. Joe convention and despite what looked like a very small venue, I discovered a rare gathering of die hard toy collectors and devoted G.I. Joe fans. I myself was always on the Transformers side of the collector’s coin in that era, so I tagged along with a friend Justin AKA TheBitterGuy. As my window into the hobby.

The buzz was encouraging about the G.I. Joe Movie, and many were just crossing their fingers in hope that the film will not be terrible. Some die hards said they didn’t want the film to ruin their childhood like other recent adaptations, while others more optimistically said that if the movie was bad it wouldn’t change their love for these toys or the franchise.

There seemed to be a unanimous love for G.I. Joe Resolute and the worst criticism was that there was “too much ninja” and it made them crave to see more Joes.

So let me take you on a photo journey of the afternoon I spent at the Canadian JoeCon:

Me and Justin with David Willis and his fiance Maggie of ShortPacked! Awesome people! Great comic! 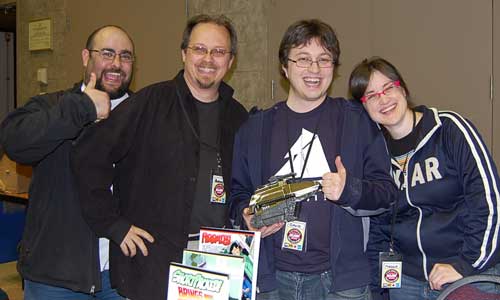 There was a vendor there just selling custom accessories that were quite amazing. The cartridges even came out of the guns. I even bought an action figure scaled version of the G1 Megatron Pistol. Marauder Inc 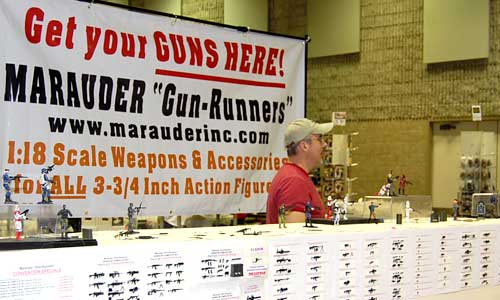 Lots of vendors with original GI Joes with enthusiastic buyers hoping to secure those last few for their collection. 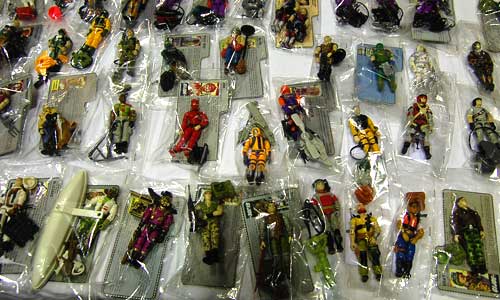 And Custom Replicas of military outfits made in tribute of the original G.I. Joe 12″ Figure that coined the phrase “Action Figure” (its not a doll) 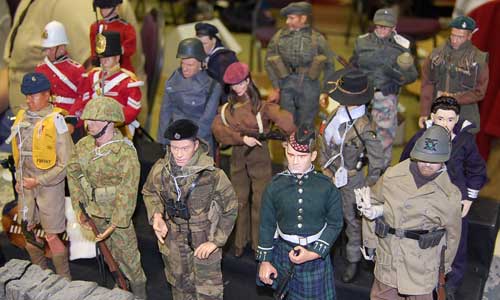 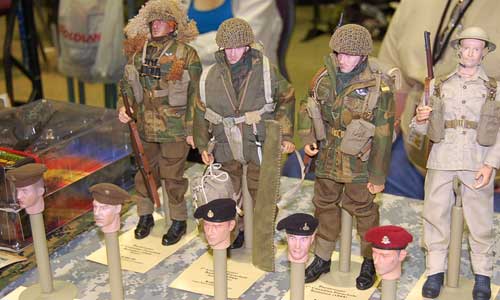 This display of blank figures I coined “The Cast of 300” but my wife darkly quipped “…or the Holocaust” Ouch. 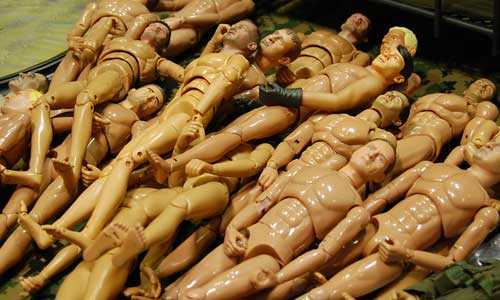 We discovered a Sgt Slaughter figure, combined with a Marauder’s accessory folding chair and another collector’s limited edition Rowdy Roddy Piper figure (worth $350 still in box) we staged a rare oldschool showdown. 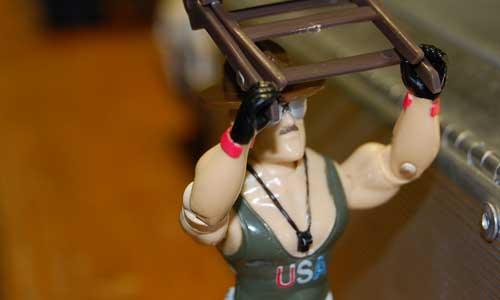 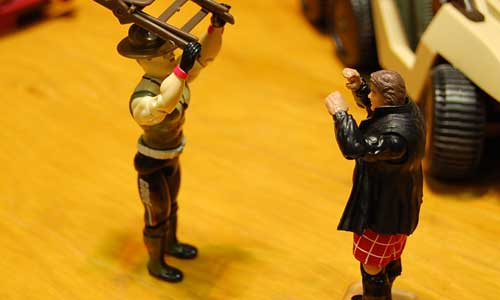 Guest Mark Bellomo had some great things to say about the state of collecting and modern adaptations of classic franchises that were quite insightful. 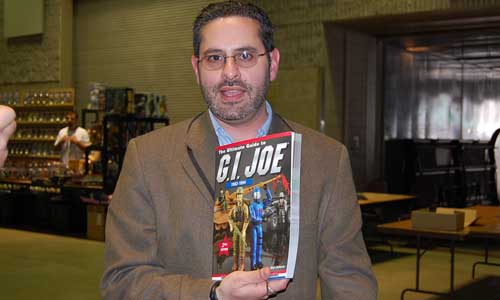 All this at Canada’s only G.I. Joe convention: Canadian JoeCon