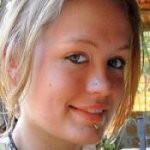 Bollywood is taking on a movie about a teen from the UK who was slain in India while on vacation.

In February, the 15-year-old Scarlett Keeling was murdered while in Doa. After an initial flub that ruled her death as a drowning, a murder investigation was opened, and two men have been arrested for her death. But the really strange part — her uterus, kidneys, and stomach were removed and now her mother has to fight to have them returned.

This will shatter my narrow preconcieved notion of Bollywood films as I just assumed they all were musical numbers with over exaggerated flair and style. Of course they would have dramas. Don’t be silly. That would be like assuming that all Hollywood films were Action movies where things just blow up.

This does appear to be a touchy subject. The mother of the slain teen seems to be welcoming this film provided the facts are not skewwed. She doesn’t want this to be a movie where the Indian government looks like the goodguys. She is likely hoping this will draw attention to her plight.

And on that note, why did the Indian government keep the poor girl’s uterus, kidneys and stomach? I could see if part of the investigation involved removing them for forensic reasons, but you would imagine they would put them back when the body was shipped back to her homeland to lay her to rest.

I would wager the movie will revolve more around the mystery of her death and the apprehension of the murderers. I would be surprised at all if this even talks about the missing organs debacle.

3 thoughts on “Bollywood to tell the Scarlett Keeling Story”