As most of you know, Morgan Spurlock (Creator of “Super Size Me”) has done his latest documentary entitled “Where In The World is Osama Bin Laden. A brief synopsis of the film looks like this:

The film, which premiered earlier this year at the Sundance Film Festival, follows Spurlock to the Middle East on a journey to track down the world’s most elusive criminal: Osama Bin Laden. But what awaits our heroic documentarian upon arrival? And will he find a way to make it out alive … with Osama in his backpack?

There is a new poster out for the film courtesty of our friends over at Cinematical that I think just frigging RULES. I LOVE this poster. Check it out: 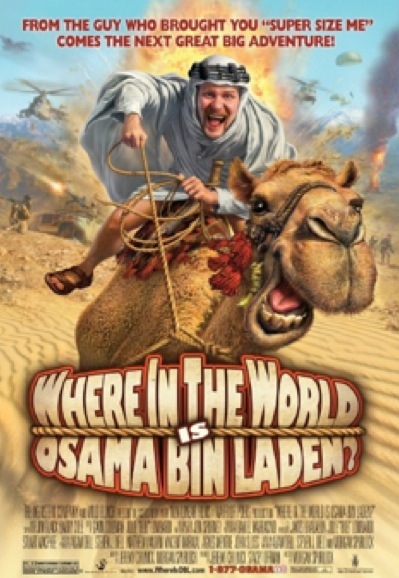 12 thoughts on “Fantastic New “Where in the World is Osama Bin Laden?” Poster”