One of the most popular and fun episodes of our Uncut LIVE show was back in April of 2007 when we had Mark Neveldine and Brian Taylor (Writers and Directors of the Jason Statham feature “Crank”) in studio with us. It was also the first time they announced there would in fact be a “Crank 2” coming.

Since then a lot of you guys have requested that we have the duo back on the show again, and so, this Wednesday we’re thrilled to have them back in studio with us! We’ll be talking about everything from Crank 2, Game (their new film with Gerard Butler that just finished filming), the status of Pathology, new technologies in filmmaking and what we can expect further down the road.

So join us this Wednesday at 9pm EST (6pm PST) right here for the live streaming show. You’ll be able to chat with them on the live boards and call into the show to ask them your questions on air. It should be a lot of fun! 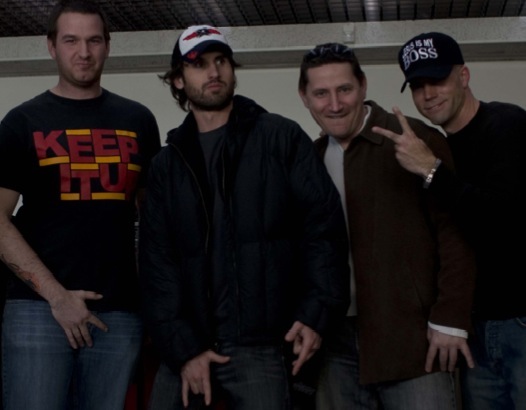