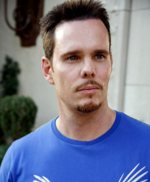 We first got word of National Lampoon’s 301: The Legend of Awesomest Maximus Wallace Leonidas back in June. Now, it seems the film has its leading man… Kevin Dillon of Entourage. The folks over at FilmSchoolRejects give us this:

They’re making fun of, err, parodying, 300. And Gladiator. And Braveheart. Dillon will play a less-than-kingly Spartan who somehow manages, through we can only assume a comedy of errors, manages to become the Awesomest Spartan ever. Jason Burinescu wrote and will produce this, his first outing.

While I like Kevin Dillon, I think the whole idea of this is rather cheap. As Doug Nagy wrote back in June when news of this first came out:

“It is no secret that I think spoof movies are a huge waste of time and are the lowest form of comedy possibly ever conceived (save for a select few). I would love to see National Lampoon do an original comedy in a “sword and sandal world,” that could be awesome. Sadly we will get a clip show of movies that we have already seen with predictably horrible jokes.”

I’ve got to agree… and adding Dillon to this mix… as much as I like him… doesn’t change that. National Lampoon used to put out amazingly funny stuff. As Doug said, we’d like to see Lampoon produce an original comedy in the whole sand and sword genre. That could be hilarious! But as it stands, what we’re going to end up getting is yet another pathetic “Scary Movie” type film. Too bad.