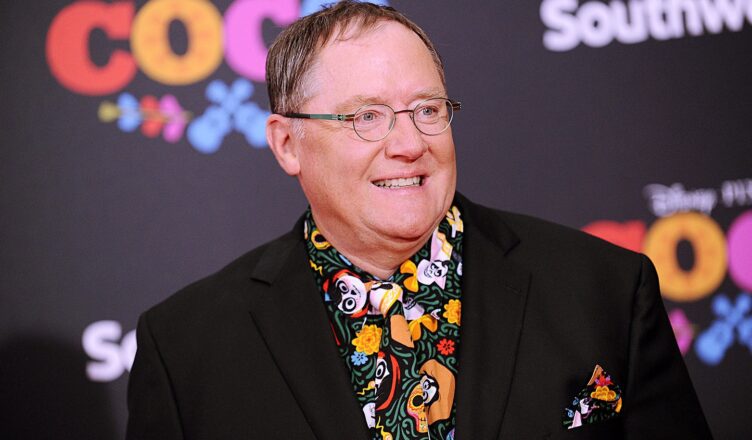 When people think of animated shorts (or even feature-length animation), they often automatically turn to Disney or Pixar, who first made waves with their 3D feature animation over three decades ago. However, many other production companies today are making visually stunning, meaningful short films – including SkyDance‘s animation, under the direction of John Lasseter. After a successful career at Disney and Pixar, John Lasseter joined SkyDance’s animation studio in 2019.

As a long-time employee of Disney, creator of classic 3D animation pieces, and friend to animator Hiyao Miyazaki, Lasseter understands the importance of animation in all forms, which is why his turn to the company was such an important one. SkyDance has been making waves in the digital shorts community since 2017, and recently expanded its catalog to include feature-length animated films.

The celebration of SkyDance’s work was made widely accessible after the company headed by John Lasseter signed a contract with AppleTV + which currently has over 40 million subscribers, a substantially wider audience for an already widely-successful production company. And with recent short films like Blush and feature-length film Luck and forthcoming, Spellbound, an audience hosted by AppleTV+ could boost the company to international acclaim.

To say John Lasseter is a household name is an understatement. Lasseter has been at the forefront of computer animation since the mid-1980s and is behind many of the Disney-Pixar childhood classics that millennials grew up watching. He has served as an animator, film director, producer, screenwriter, and more to countless movies, including the Cars franchise, The Toy Story Franchise, Frozen, Finding Dory, and more.

Lasseter knew he wanted to work for Disney as an animator from a young age. His mother was an art teacher and encouraged John’s interest in art from five onward. When he graduated high school and searched for colleges, he headed for the California Institute of the Arts, where he took courses from veteran Disney animators. This led him to a career at Disney, where he first started as a 2D animator for movies like The Fox and the Hound. However, during the eighties, when the potential for 2D animation started emerging, he found his calling.

He eventually left to work for Lucasfilm as an animator in the computer graphics division. When the computer graphics division was acquired in 1986 by Steve Jobs, it turned into Pixar, where Lasseter turned his talent for animation into his career success. Initially, the Pixar company was product-based, existing as a producer of animation software. However, that changed with an independent project started by Lasseter in 1988. When John Lasseter created his first animated short under Pixar – Tin Toy – which won him an Academy Award.

Later, Disney and Pixar collaborated once again to create the computer animation hits that the 90s and 2000s were known for. Lasseter was promoted to Chief Creative Officer at Pixar and several Disney studios. In 2019 Lasseter was announced as SkyDance’s Head of Animation.

About SkyDance on Apple TV+ 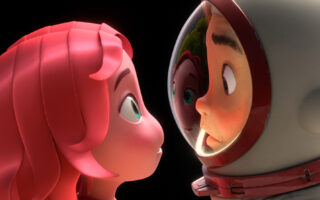 The animated short Blush, one of Lasseter’s newest short film projects, was a collaboration between Apple Original Films and Skydance, and it was the first to make an appearance on AppleTV+.

Blush is about a horticulturist turned astronaut who finds himself in a pinch, stranded on an alien planet. He fears he might have met his end in inhospitable land when a bubbly, pink alien lands on the planet and helps cultivate life. True to many Disney-Pixar-inspired tales, this short isn’t without a heart-wrenching turn.

Blush was the brainchild of John Mateo, who was inspired to create this based on a story of personal tragedy. The sweet, feminine pink alien was a nod to his late wife, Mary Ann, who died of breast cancer. Though it was short, it was not without its rich symbolism. The pink on the alien was a call out to breast cancer research support and even mimicked the iconic ribbon with the alien’s hair. Additionally, the spiraling nature of the plants on the planet was said to be a nod both to the cyclical nature of life and the feeling of Mateo’s life spiraling out of control without his wife.

Blush seemed almost to test the waters for the SkyDance company. Shorts don’t typically perform as well in the box office but taking a chance on animated shorts seemed to do the company a lot of good. Blush was John Lasseter’s ideal candidate for getting the name SkyDance out there via Apple TV+. Joe Mateo said of Lasseter’s faith in the animated short, “That’s the thing with John. He gets the value of making shorts, even though it’s not a box office thing. And, with SkyDance Animation being a new animation studio, we could test the pipeline by doing the short first.”

Despite the sad nature of the animated short by Mateo, it brought a sense of camaraderie to the animation team during the pandemic. The animation team started using Zoom as their point of contact, direction, and development – and almost most of the film collaboration happened through Zoom meetings. About the collaboration, Mateo said, “It was a very different experience, but it was good to happen in a time when we were all stuck in our houses. It provided us with hope and a little bit of normalcy that we were still doing animation.

After the success of Blush, SkyDance is excited to release its first feature-length film, Luck. Luck is a new take on classic fantasy tropes. It’s directed by Peggy Holmes, Vicky Jenson, and features a lively score of music which gives the fantasy animation a touch of whimsy.

Luck focuses on the adventure of Sam, the unluckiest person in the world, who stumbles into the world of Luck. There, she meets a cast of magical creatures who are determined to help her turn her luck around. An all-star cast of beloved voice actors, cinema veterans, and pop comedians head up these characters. Notable cast members include Eva Noblezada as Sam, Simon Pegg as Bob the lucky black cat, Whoopi Goldberg as the Head of Security of Luck, Flula Borg as Jeff the Unicorn, and Jane Fonda as the CEO of Good Luck (The Dragon).

Luck also hosts John Ratzenberger as Rootie, the mayor of Bad Luck. As someone deeply influenced by his time at Disney, Jeff Lasseter couldn’t pass up the opportunity to include Pixar cameo pioneer Ratzenberger in the voice cast. John Ratzenberger has been in every Pixar movie to date, voicing some of the most famous secondary characters in movies like Toy Story (Hamm), Mack (the Cars franchise), and P.T. Flea in a Bug’s Life. Now, it seems he’s making a splash in the SkyDance feature films.

Spellbound, the other full-length animated film in the Apple collab, is a musical feature. While little has been leaked regarding the cast and crew, it’s confirmed that Spellbound is a musical feature about a girl who must save her kingdom from a spell that has divided it in two. Spellbound and Luck was originally to be released on Paramount but were instead picked up by AppleTV+.

Luck will become available worldwide on August 5th on AppleTV+. This is one of two feature-length films in the Apple Original Films + SkyDance collaboration due out this year. Also part of this collaboration is the animated series, The Search For Wondla.

And with their choice to keep their movies on a streaming platform, it also looks like SkyDance will be transforming the nature of box-office hits, as well, by steering prize-winning animated productions toward streaming platforms for release. Society may rely on home-based activities to function for the foreseeable future, which means digital releases, like those from SkyDance, will continue to break the mold.