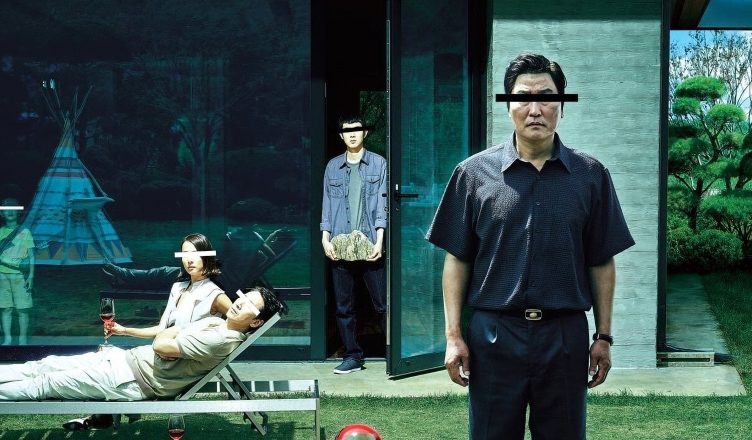 What would happen if your servant who has sought shelter at your home becomes a parasite? Well, that’s what happened in the South Korean box office hit titled “Parasite” which was released on May 2019.

Written, co-produced and directed by Bong Joon-ho, Parasite stars Korean actors Song Kang-ho, Lee Sun-kyun, Cho Yeo-jeong, Choi Woo-shik, Park So-dam, Jang Hye-jin and Lee Jung-eun. A dark comedy with some thrill involved happens to be one of the most popular film genres. If you happen to watch this film, you will be well acquainted with the misfortunes that strangers or outsiders at your house are capable of bringing.

The story begins and we come across the Kim family comprising of the father Kim Ki-taek (Song Kang-ho), the mother Kim Chung-sook (Jang Hye-jin), the daughter Kim Ki-jung (Park So-dam) and the son Kim Ki-woo (Choi Woo-shik) who are poverty-stricken with low-paying jobs and reside in a small semi-basement apartment. One day, Ki-woo’s friend Min-hyuk (Park Seo-joon) gives him a dark but rock solid idea to accumulate wealth. He suggested Ki-woo to pose as a university scholar English tutor and go teach English to the daughter of the wealthy Park family Park Da-hye (Jung Ji-so).

The Parks hired Ki-woo as Da-hye’s English tutor. Now the Kim family put their dark plan into action. They each posed as unrelated highly qualified individual workers and entered the Parks’ residence as servants. Ki-Jung posed as “Jessica” who became the art therapist to the Park family’s youngest son Park Da-song (Jung Hyeon-jun). She replaced the family’s chauffeur Yoon (Park Keun-rok) by allegating that she saw him having sex in their car. Her plan worked and she was able to convince the Park family to replace Yoon and appoint Ki-taek in his place. Finally, the Kim family’s mother Chung-sook took over as the Parks’ housekeeper after the Kims wrongly alleged their long-time housekeeper Gook Moon-gwang (Lee Jung-eun) for having tuberculosis. In reality, she had only an allergy towards peaches, nothing more! Ki-woo sets into action and begins a secret romantic relationship with Da-hye.

The Parks and the Kims slowly became so close that the Parks started relying on the Kims for everything. Now it happened that the Parks left for a camping trip and the Kims started enjoying the luxuries of the house. Suddenly, Moon-gwang arrived at the house and told them that she had left something in the basement. But in the basement there was a surprise! Unknown to the Kims and Parks, Moon-gwang’s husband Oh Geun-sae (Park Myung-hoon) was hiding there for more than four years as he was flooded with unpaid loans! Chung-sook told Moon-gwang to take him away somewhere else. But Moon-gwang was too smart for the Kim family. She had filmed them on her phone while they were enjoying at the Parks’ residence and now blackmailed them that if they dared to drive away her husband from the house, she would reveal that video and expose them to the Parks.

A severe rainstorm occurred and the Park family returned home from their camping trip earlier than expected. Not expecting them at the moment, the Kims hurriedly started cleaning up the house and hid Moon-gwang and her husband by forcefully trapping them in the basement’s bunker. After the Parks arrived, Mrs. Park (Cho Yeo-jeong) told Mrs. Kim that Da-song saw a ghost arising from the basement on his previous birthday night and suffered a traumatic seizure. In fact, that “ghost” was none other than Geun-sae as Mrs. Park was not aware that he was hiding in her basement.

The next day was Da-song’s birthday and Mrs. Park with the help of the Kims, held a grand party at her house. Meanwhile, Ki-woo entered the basement bunker to find Moon-gwang dead as she was horribly injured when the Kims fought her and forced her along with her husband into the bunker. The furious Geun-sae attacked Ki-woo upon seeing him entering the bunker. Ki-woo had a scholar’s rock given to him by his friend Min-hyuk which he was holding at the time of entering the bunker. Geun-sae snatched the rock from him and smashed his head with it and left him lying injured there.

Geun-sae was now all fired up to avenge the death of his wife. He enters the party like a barbarian and stabs the Kim family’s daughter Ki-jung in front of the guests. Da-song breaks into a seizure thinking him as the “basement ghost” who has invaded the party. It was hard to stop him until he was fatally impaled by Chung-sook.

While Ki-jung lay on the floor bleeding severely, her father Ki-taek started attending his dying daughter. Mr. Park (Lee Sun-kyun) ordered Ki-taek to attend his seizure-affected son first. Mr. Park then happened to recoil to the dead Geun-sae’s “poor man’s smell”. This angered Ki-taek as he was poor too and he stabbed and killed Mr. Park with a knife. The entire crowd was dumbfounded by this incident and Ki-taek fled from the scene.

Ki-taek thus became a wanted criminal for the murder of Mr. Park. His son Ki-woo underwent a life-saving brain surgery. After he revived, he and his mother Chung-sook are convicted of fraud and put under probationary arrest. Nobody knew that Ki-taek was secretly hiding under the bunker of the Parks’ basement. Unknown to anyone, he had buried the dead body of Moon-gwang in the backyard of the house. The Park family had deserted their home after the murder incidents and the house got sold to a German family.

Ki-woo now stays in his original basement apartment with his mother and spies the house every day. Ki-taek tries to signal his son with the help of a flickering light from the bunker hoping that one day he would see it. Ki-woo knows that his father is in there. So, he writes a letter to him where he vows on purchasing that house one day so that he and his mother could reunite with him.

Often a Korean film gets unnoticed by the global audience. But this movie?! I must tell you that Parasite is a true mind blower! I simply couldn’t imagine the story would take such a drastic turn. What earlier appeared to me as a poor family trying to make some money by committing some funny fraud turned into a series of horrifying disasters with deaths and murders taking place.

However, I must say that Parasite did have some thrill involved from the very beginning. Else, I wouldn’t have been so engrossed in learning, “what’s next?”

Being multilingual, I have the habit of watching films from all over the world in their original languages. This way I am able to assess the acting skills of the cast in detail. While watching Parasite, I got confused! I forgot that the Kim and the Park families were just actors as their performances were appearing so real to me. With this I can say that the impact of the character development in Parasite was truly immense.

The cinematography by Hong Kyung-pyo and editing by Yang Jin-mo in Parasite were next level. I believe there was a significant contribution of the camerawork in intensifying the dark thrill in the movie. Parasite did have certain horror elements attached to it and the camerawork captured them all with precision.

Joon-ho deserves some credit here for developing a movie like Parasite which starts with comedy and slowly intensifies into a horrifying dark thriller. With every passing minute the thrill kept building up till it reached its peak towards the end. As an avid film viewer, I have rarely come across an overturning storyline like this.

Joon-ho is really an epic filmmaker. Being an Indian, I must confess that the Bollywood film industry here needs a filmmaker like him to turn several of its dramas into masterpieces like Parasite.

The Portrayal Of Economic Immobility

I feel Parasite did portray the economic immobility in the society and the inability of the poor to become rich. To some extent I feel this shows that “the rich will die rich and the poor will die poor”. I believe, perseverance and smart work are the key to success. If somebody is poor, he or she can achieve life goals and become rich with time. But not like the Kim family. In quest for becoming rich, what they did was direly wrong!

The Ending: Why The “Murder”?

You read the story in detail. Like me you must have wondered, why did Mr. Kim murder Mr. Park at the end? I think this sudden murder was indeed a foolish thing to do for Mr. Kim as he only brought misery upon himself and his family members.

I can understand that Geun-sae was all fired up to avenge the death of his wife and went on a rampage at the party. But Mr. Kim? Was it really necessary for him to go up to the extent of “killing” Mr. Park in a sudden fit of anger just because Mr. Park was disgusted by the “poor” dead Geun-sae’s “smell” or might be that he asked him to leave his dying daughter and attend his seizure-impacted son first? I can understand that he was really distressed as his daughter was dying in front of him with Mr. Park verbally abusing the “smell” of a dead “poor man” but still, murdering someone in a sudden burst of rage is never an option.

I believe Parasite does shed light on the amount of affection a father may have for his daughter. Of course, a father’s love for his daughter is always unconditional and the film might have wanted to portray this love by showing the murder of Mr. Park. But I must say, this is a truly gruesome way of portraying love indeed!

I found some amount of superstition portrayed in Parasite. Ki-woo’s friend had given him a “scholar’s rock” telling him that it would bring him great luck and wealth. But did it actually do so? I think it only brought miseries in Ki-woo’s life after a short-lived happiness. In fact, it was that rock only with which Geun-sae smashed his head. Quite a lucky charm indeed!

If you happen to watch Parasite with your family members, I guarantee that you will surely enjoy the entire watch time just like me. Our hero Ki-woo with all his miseries surely highlights the moral of this story, “If you make a plan, life never works out that way!” 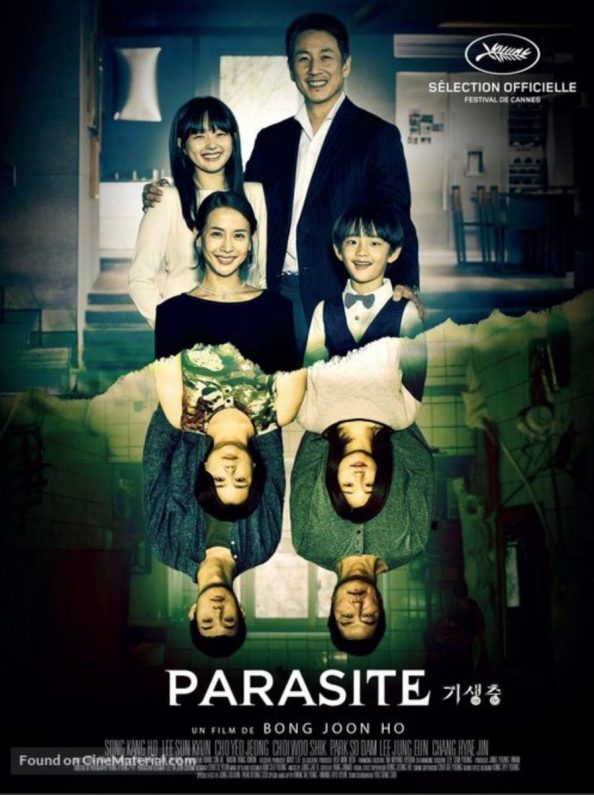 The Matrix Resurrections Review: I Just Entered The Mehtrix

Review: Spider-Man Now Way Home Lives Up To The Hype

Have You Heard About Greg? – A Human Look at a Terrifying Illness