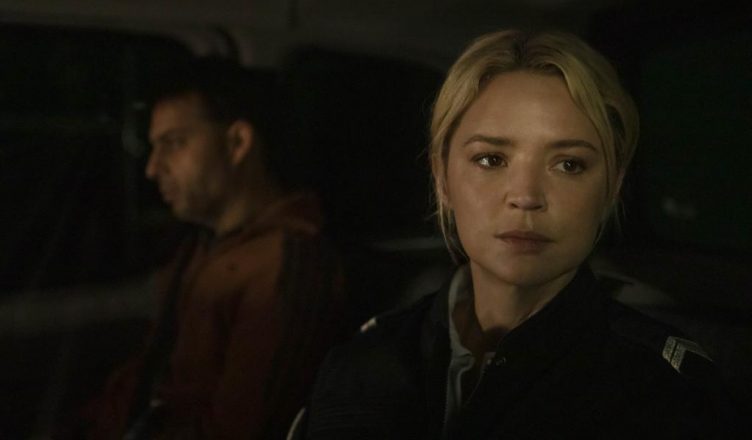 Be alert, as the cops are on duty! Writer and director Anne Fontaine brings out a French police-based crime drama titled “Night Shift” which is also known as “Police”. The plot is based on the novel titled “Police” by Hugo Boris and has a connection with reality as the deportation incident shown is a common occurrence almost every year in France.

The plot of Night Shift revolves around three police officers, Virginie (Virginie Efira), Aristide (Omar Sy) and Erik (Grégory Gadebois) who have been assigned the task by their department to deport an illegal immigrant named Tohirov (Payman Maadi) from the French territory to his homeland Tajikistan. But this is not any normal deportation. Fontaine oils up the plot and makes it take a sinister turn as the officers are pushed over the edge during their long and trying night duty. The plot goes on to reveal an unknown danger that their prisoner faces in his homeland.

Here, officer Virginie is having an extramarital affair with her fellow officer Aristide and she is pregnant with his child. The two along with their colleague Erik were going in a police squad vehicle to deport Tohirov back to Tajikistan via the Charles De Gaulle airport. However, a fire broke out in an asylum center outside of Paris and their prisoner got wounded. It was then Virginie happened to open her captive’s sealed file from which she learnt that Tohirov was in fact a victim of torture in Tajikistan and if they forcefully deport him back there, he would likely be killed! Virginie is now in a dilemma, whether to let Tohirov flee or shut her mouth and do what her duty demands. The movie proceeds with Virginie debating hard with her fellow officers to let Tohirov escape from his fate.

An Engrossing Tale Sans A Gunshot!

Honestly, anyone would expect a police drama to have cops countering dreadful criminals with gunshots fired from both sides. But not Night Shift! With not a single gunshot fired, the film’s engrossing plot kept matters interesting with tensions boiling inside the squad vehicle. After watching too many violent movies, this gripping cop-detainee tale did make a benefiting transition to my viewing experience.

A Humanitarian Lesson To Be Learnt

Sure does the duty of cops demand them to follow the instructions of their department. But as human beings we do have our own decision-making powers to act accordingly. We have the capacity to understand what is right or wrong. That’s the moral of the story!

Night Shift is a truly inspiring tale where at least one of the police officers finally decides to go off duty track and let the poor Tohirov escape. I believe, here morality did overpower the sense of an unsolicited duty.

Night shift is packed by renowned actors like Virginie Efira, Omar Sy, Grégory Gadebois and Payman Maadi. I feel Maadi as the unfortunate, bewildered and panic-stricken handcuffed prisoner completely stole the show. I was entirely engrossed in learning what misfortunes he would face as the plot moved on. Gadebois too spiced up the play with his agitated and moody Erik character who faces marital frustrations and a bizarre relationship with the bottle.

Was Tohirov really a “criminal”? I think he wasn’t! In fact, I believe he was just an unfortunate man whose abysmal fate made matters worse for him. However, at some points I felt as if the film was uncomfortably close to designating Tohirov as an “unknowable foreign threat”. May be that he had illegally immigrated to France, but I believe he didn’t deserve this much!

The extramarital affair of Virginie with Aristide spiced up the deal. Omar Sy grabs some attention with his heroic, sensitive and warm character that can make women take solace in him. So did Virginie, as things were not going well in her marital life.

I have come across many films which highlight the extramarital concept. However, I feel that this was unnecessary and was simply put in a cop drama like Night Shift to spice up matters. Besides, an extramarital affair that too ending up in a pregnancy is direly unethical! 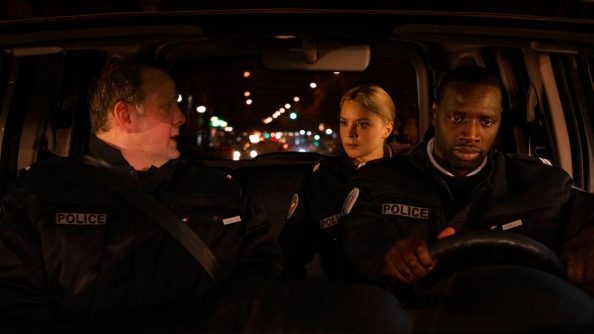 The cinematography by Yves Angelo coupled with a snappy editing by Fabrice Rouaud added to the intensity of Night Shift with a portrayal of a murky, oppressive and dilemma-filled night atmosphere. I feel the camerawork did the best to intensify Fontaine’s screenplay.

Night Shift has Virginie’s character torn between personal and professional dilemmas. I believe that as a woman she might have had more compassion for a poor soul like Tohirov as compared to others. The story ends in an uncertainty with the three cops winding up their grievances with regard to the fate of their captive.

If you ask me, I would say that Night Shift is a thriller indeed. But rather than a crime thriller, I think it could have been better tagged as a psychological thriller. 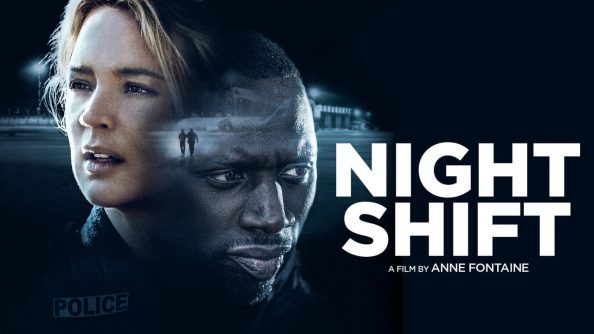