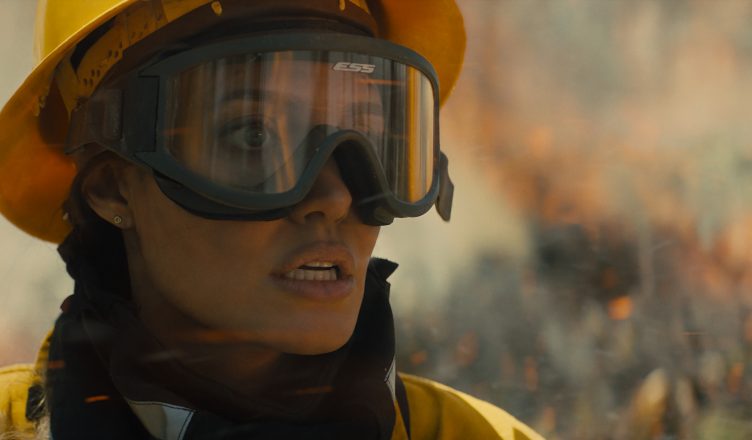 Angelina Jolie appears in a new Taylor Sheridan film “Those Who Wish Me Dead” playing a “smoke jumper.” If you weren’t immediately familiar with the term “smoke jumper,” it’s people who parachute into a fire zone to fight wild fires. If you thought the 45-year-old screen goddess was an unlikely smoke jumper, join the club. The part could have been cast better with a younger Frances McDormand or Gwendoline Christie (Brianna of Tarth in “Game of Thrones”).

The ho-hum script was written by Taylor Sheridan, Michael Koryta and Charles Leavitt. It seems particularly shallow and insipid when you realize that Sheridan directed and was nominated for Best Original Screenplay in 2016 for “Hell and High Water.” Maybe we can blame Koryta, author of the book on which this script is based, or Leavitt (“Warcraft,” 2016). 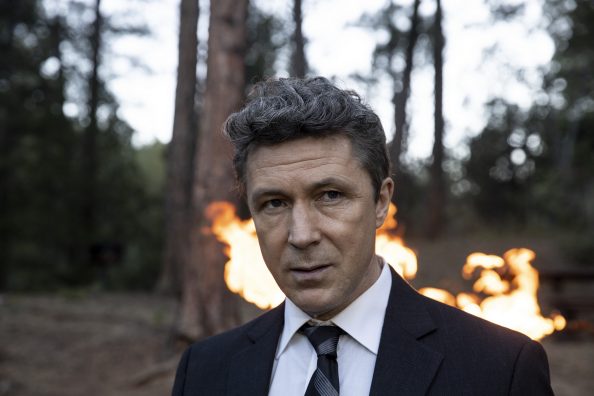 The movie was shot in New Mexico in 2019, when co-star Finn Little, an Australian child actor who plays the young boy in the film, was 13. Sheridan and company actually built the river featured in the film and a small forest so that they could set its trees on fire. Too bad they didn’t build any interest in whether the characters involved in this script live or die.

The plot:  “A teenage murder witness finds himself pursued by twin assassins in the Montana wilderness with a survival expert tasked with protecting him — and a forest fire threatening to consume them all.” A forensic accountant (Jake Weber) realizes that two assassins—brothers in the book— (Aidan Gillan, Nicholas Hoult) are on their way to Jacksonville, Florida to kill him and his preadolescent son Connor (Finn Little) following the murder of his boss, a Fort Lauderdale D.A., in a great opening scene explosion. 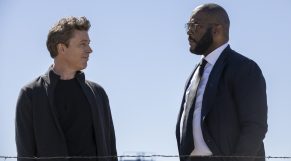 The crime family accountant and son flee by car to Butte, Montana seeking assistance from his brother-in-law, Sheriff Ethan (Jon Bernthal of “The Walking Dead”). The killers anticipate this move, kill Dad on the road in a ruthless fashion, which leaves Connor wandering the Montana wilderness, where he encounters smoke jumper Hannah (Angelina Jolie).

Young Connor immediately hands over the vitally important information in his jacket pocket to Hannah. (His dad just died to make it public.)  Hannah (Angelina Jolie) completely understands its significance within 3 seconds, which is astounding. They go back to the fire tower in the middle of nowhere that Hannah (Angelina) has been exiled to, because of PTSD after she mis-diagnosed the direction a forest fire would go, killing three children. There’s also Jon Bernthal’s pregnant African American wife, who is remarkably resourceful, saving the day with her plucky marksmanship.

While the smoke-jumper and adolescent sidekick try to make their way to the authorities, the killers start a raging forest fire, which ultimately threatens to consume them all. Plot points that are never made clear or never connected include Jon Bernthal’s previous relationship to Angelina (Hannah) or to Connor; what happens to all the important data Connor gives to Hannah; and why  Angelina Jolie—after being beaten within an inch of her life—has only one small scratch on her nose. 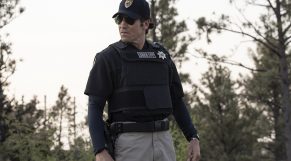 Actually, the young boy was not being pursued by assassins simply because he witnessed a murder. It was more that his father—an accountant for influential criminal elements who wants to tell the world—had given his son a duplicate copy of the incriminating data about the evil-doers.  The murderers kill Dad in a spectacular car ambush, with his son in the car. The son does witness this murder, but it is essentially the sensitive information that the assassins are supposed to get—and then that entire plot line, which was never very well fleshed-out, is simply abandoned. The assassins were not “twins,” although brothers in the book. There were two of them, portrayed by Aiden Gillen (the short one) and Nicholas Hoult (the tall one). The bad guys get more lines than normal and considerably more fleshing out of their characters than either Angelina’s character or Connor’s.

I wanted to know what happened to the revelations that Dad put in young Connor’s pocket that set the entire plot in motion. I thought, “Wow! This guy is naïve enough to think that telling the New York Times or the Washington Post would be accepted in the world in 2021!” No belief in the fourth estate after Trump’s term in office. Trump worked overtime to destroy the public’s faith in what he termed “the mainstream (or lame-stream) media,” so getting such a list to the press at this point in history would simply have the evil-doers chanting that it was all “fake news.” The days of ‘Three Days of the Condo” when Robert Redford could save the day by contacting the NYT are long gone. 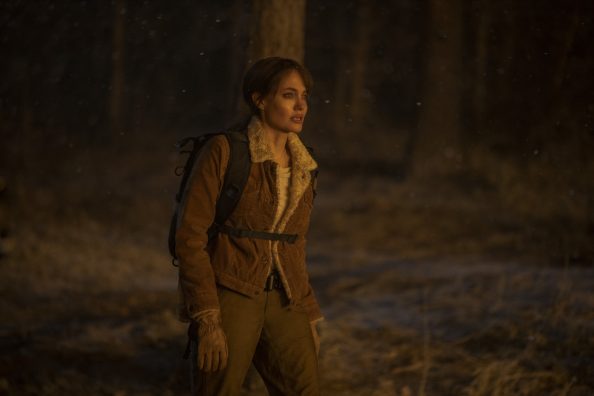 Angelina Jolie’s films have included such ambitious directorial challenges as “In the Land of Milk and Honey” (2011), “Unbroken” (2014), and “First They Killed My Father.” (2017) All were deadly serious film projects and Jolie helmed each. The person who would direct those complicated projects would not be playing a smoke jumper unless she was being paid a shitload of money to portray something so out of character and out of her wheelhouse.

Taylor Sheridan, too, who wrote “Sicario” (2015) and “Hell or High Water” (2016) and directed “Wind River” would come up with a screenplay that would translate into something more substantial than this bit of fluff.