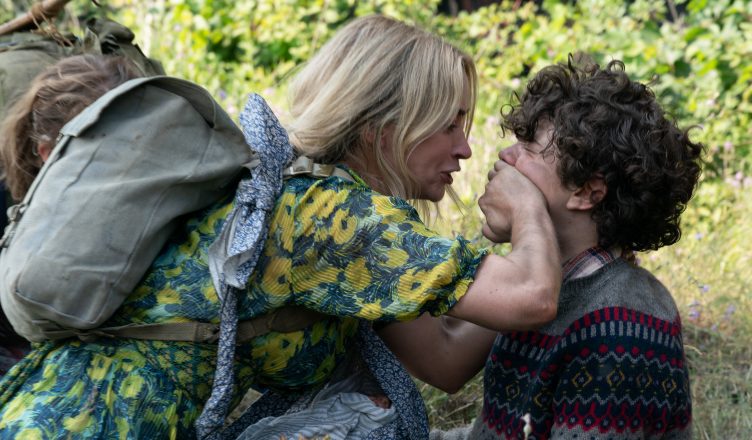 Following the deadly events at home, the Abbott family (Emily Blunt, Millicent Simmonds, Noah Jupe) must now face the terrors of the outside world as they continue their fight for survival in silence. Forced to venture into the unknown, they quickly realize that the creatures that hunt by sound are not the only threats that lurk beyond the sand path.

A Quiet Place II picked up in an exciting fashion by giving us a bit of a prequel to introduce the film. It was nice to see John Krasinki’s character once again, and it immediately invoked the emotional impact of his character’s actions from the previous film. The opening sequence was the perfect way to lock you into the film as it included some exciting moments. My favorite was easily the car and bus scene with the family trying to make their way through all the chaos.

What made A Quiet Place II so captivating were the technical aspects of the film. The sound mixing was really engaging especially when we had moments where there was no sound at all. This was a great way to give us the unique perspective of the deaf character in the film, and it added an extra element of fear during some scenes. For many people who are not deaf, having that brief moment happen in the movie almost makes you feel more vulnerable as you relate to the character’s situations. Come to think of it, more silence may have been welcomed as this was the case in the previous movie.

Along with the sound mixing was some excellent cinematography. A Quiet Place II is filled with unique camera angles that immerse you into the moment. A great example of this would be in the train scene. (You’ll know it when you see it.) This is exactly what contributes to having such terrifying and suspenseful moments in the movie. Often times, you’ll have to keep your eyes peeled in case a creature is lurking about.

Regarding the alien creatures, I was originally concerned that we’d be seeing far too much of them. As a result it would make them less intimidating. However, director John Krasinski managed to find a suitable balance in their presence in the film and still found various ways to keep them scary. You can definitely feel similar vibes from the Alien movies in this.

The only minor issue I had with A Quiet Place II was the decision making by some of the characters. More specifically, the kids were frustrating in some of the scenes. This was a similar issue in the first movie that had the kids doing questionable things that went against conventional thinking. Their actions could involve anything from going off on their own or investigating things in spite of pure danger.

When you think about the fact that the characters in this movie have been enduring this invasion for a year and a half, some level of common sense should be expected. Thankfully, these actions were redeemed in the film but it didn’t make them any less annoying.

A Quiet Place II was an exceptional follow-up as it maintained a similar sense of terror and suspense as its predecessor.  What works best here is that this sequel does manage to introduce some new story elements that helps to keep things intriguing. Thus, A Quiet Place II successfully carries the baton even if it doesn’t outmatch the previous movie.

I was originally concerned about how John Krasinski would be able to make a new sequel to a film that honestly didn’t really need one. He did a great job with this film although I think this film should be as far it goes in this franchise. The first film gave us such a unique experience, especially in theaters, that it was hard to top that even with a good sequel. There’s only so much a sequel can do to supersede the special experience the other film provided audiences.

If possible, it would be ideal to watch A Quiet Place II in theaters. The communal experience of the audience being collectively quiet is part of the fun with this film. While it isn’t required, it wouldn’t be a bad idea to revisit the first movie first before watching A Quiet Place II. Since the story picks up right after the events of the first film, it would just help a bit. Either way, be sure to check out A Quiet Place II when you get the chance. 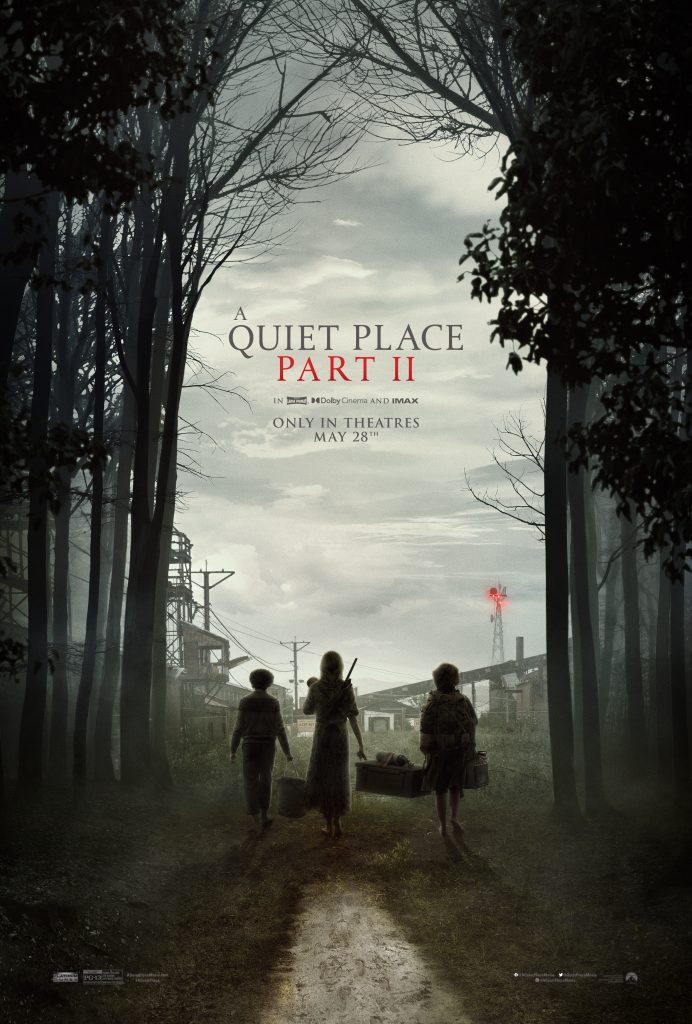