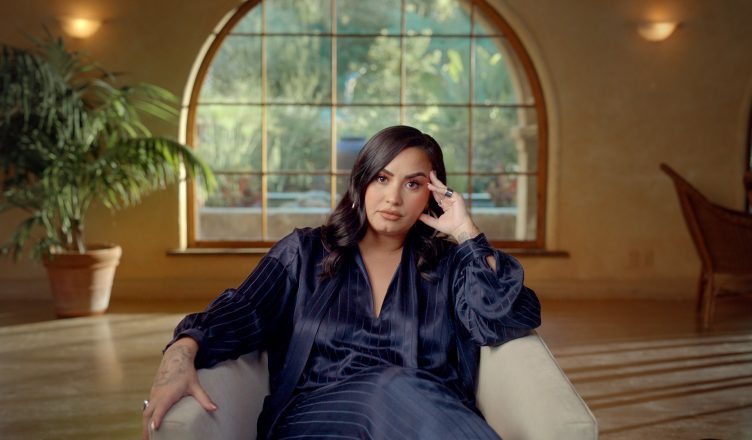 The opening night film for this year’s SXSW Online Film Festival was the documentary “Demi Lovato: Dancing with the Devil.” It premiered this evening (Tuesday night, March 16th) and was directed by Michael D. Ratner.

Last year, on March 6th, SXSW in person was canceled. In 2019 the festival’s financial benefits to Austin were estimated to be $356 million, up 1.5% from 2018’s $351 million. A loss of that magnitude has been catastrophic for Austin’s live music venues, its hotels, and its restaurants. Some festival-goers are angry that they are being offered future admissions to the festival, rather than their cash back. Tickets for the online festival went for $1,600 the last year it was held in person (2019); a ticket this year for the all-online festival goes for $325.

The films this year are primarily documentaries, and “Demi Lovato: Dance with the Devil” is the opener, featuring an attitude of complete disclosure from Lovato and her staff.  One staffer on the hot seat says, “I can’t believe you all are doing this.  This is just lit, but okay.” She and the others—including fey best friend Matthew Scott Montgomery—proceed to describe the near-fatal overdose. There is also film from a 2018 documentary that was shot while Demi was on her “Tell Me That You Love Me” World Tour, but never released. There is footage of D.J. Khalid praising Demi’s 6 years of sobriety as she sits at the piano. Super-imposed is the information that one month later, she relapsed. Three months later she was fighting for her life in a hospital intensive care unit.

Demi’s overdose involved smoking heroin laced with fentanyl. She suffered a heart attack, three strokes, brain damage that has left her visually impaired, pneumonia and multiple organ failure. If her former assistant Jordan Jackson had not entered her bedroom when she did, Lovato would have died within five to ten minutes. The world quickly learned that Demi Lovato had overdosed, but most did not realize how serious her overdose was. As her assistant related, she looked completely blue when found and the doctors had to re-circulate her blood through a large machine in the intensive care unit to purify it before returning it to her body.

As the documentary continues and we learn of Demi’s heritage from her father, I feared for her continued health. Indeed, near the end of the piece, she claims that she is going to try the “moderation” route and former addict Elton John testifies that this approach just does not work.

Demi’s own father—who suffered from both bi-polar disorder and schizophrenia—was an alcoholic, a drug addict, and physically abused Demi’s mother, Dianna DeLaGarge (who was a former Dallas Cowboys cheerleader). Demi shares that he died alone of a drug overdose and his body was not found for days, if not weeks.

Demi says, “You really figure out who is there for you when your whole world falls away under your feet.” It appears that there are many faithful friends in Demi Lovato’s life. She was also fortunate to be able to afford expert help at the Cirque Lodge Rehabilitation facility.  Demi also shared information of two previous rapes, one by the very drug dealer who brought her the near-fatal overdose that night.

I fear for Demi Lovato’s continued good health and wish her and everyone else suffering from  addiction issues the very best. The incidence of fentanyl abuse has increased 540% over the past three years.