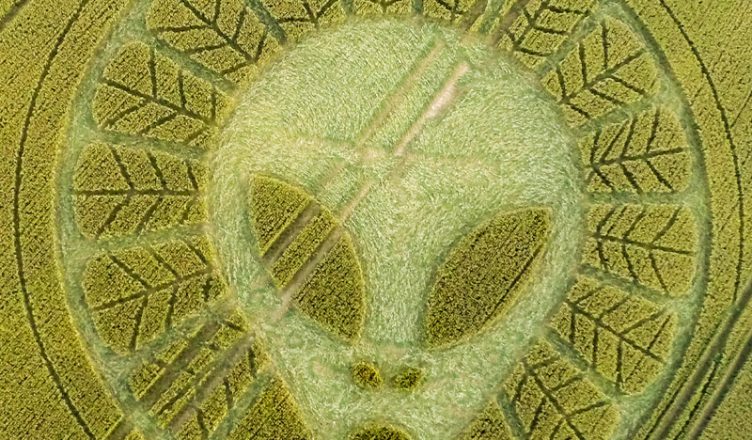 Crop circles have been a confounding phenomena for decades. Historical evidence even suggests that these intricate farmland formations may have been in evidence as far back as the late 1600s.

The new documentary “Crop Circle Realties”, available now on iTunes and Google Play, generates more questions than it answers. Primarily because at present there are no answers. Someone, or something, is flattening down segments of crop fields into stunningly meticulous shapes and patterns. Some of this agrarian artwork has been exposed to be elaborate hoaxes, with the perpetrators themselves copping to such shenanigans.   Others, however, have not been so conveniently dismissed.

Having watched “Crop Circle Realties”, here are some among many puzzling points this reviewer pines away pondering:

If this be the case, do you think our interplanetary visitors can circle their date of arrival for us?

It’d just be nice to know when to expect company.

Do you think our interplanetary visitors can circle their date of arrival for us?