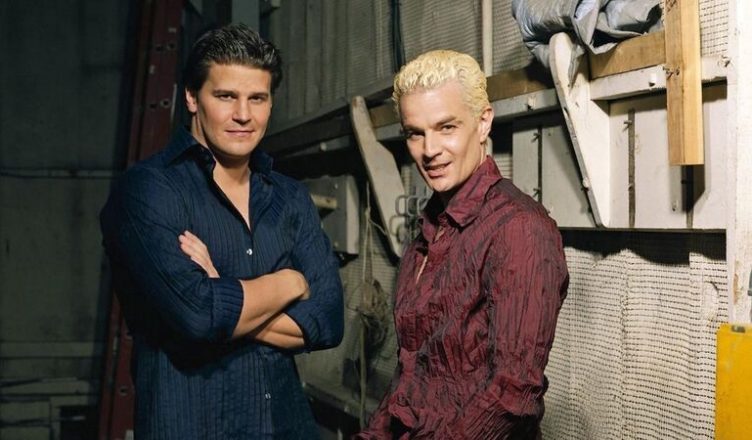 When it comes to vampire tv shows, fans of the genre take to the screens like moths drawn to a flame. The blood, lust, and drama, keeps fans wanting more and more to sink their teeth into as they follow along with the deep dark tales of powerful vampires. Fans of the vampire genre can not only enjoy tv shows featuring vampires but also video games, films, and slot games too. Some of the top online casino games from 21.co.uk that relate to vampires and vampire bats include Vampire Desire and Immortal Romance.

For most of the top vampire TV shows, the plot of the story usually revolves around a love triangle surrounding the main character and two charming blood lust vamps. Who doesn’t like a love triangle? Here are just three popular shows that have starred some of the most intense vampire/human love stories on television.

In Joss Whedon’s brain-child series, Buffy Summers finds herself amid two relationships spanning throughout the series. In season one, the teenage vampire slayer is first introduced to Angel, a mysterious vampire with a soul who, once at the height of his killing days, went by the name Angelus. In later seasons, Buffy meets Spike, another vampire (and old friend of Angel) who she becomes involved with. Spike, with his British accent, appealed to most fans with his bleached blonde hair, leather jacket, and rebel attitude.

Fans of the show have long since taken sides between Angel and Spike, much like the show’s main character had to. Buffy was always torn between them as the two appeared to have both good and bad sides to them.  In the case of Angel, his horrible past and dangerous alter ego was undoubtedly a red flag but the tender loving and caring Angel was Buffy’s first love and always put her needs in front of his. Spike, on the other hand, despite his broody exterior and self-serving ways, the character on many occasions seemed like a perfect fit as the lover of the main character. He was understanding, helpful, trustworthy but also has done many things that Buffy found to be unforgivable. While ranking every season of Buffy the Vampire Slayer might be an easy task for fans, choosing between Angel and Buffy might be more difficult… 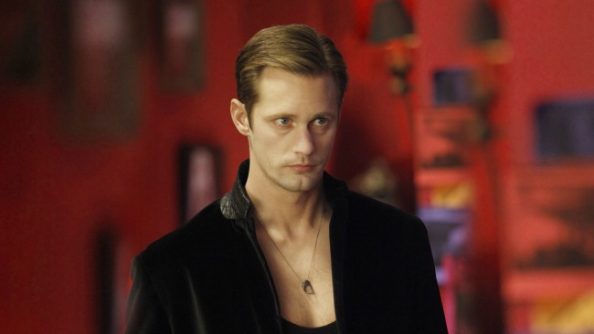 In this American vampire tale, Sookie Stackhouse found herself stuck between the classic-case of the bad boy versus the nice guy scenario. Bill (being the nice guy that he was) appealed to Sookie due to his quiet and courteous demeanor. From the quiet life he led, Bill was often perceived as a gentleman who always wanted what was best for Sookie and would go to great lengths to achieve this. Eric, on the other hand, was the erratic, selfish and out of control baddie who gave Sookie an experience most girls would crave for. While many of his actions were questionable, his status amongst the vampires gave him the power to protect and take care of Sookie and helped her in numerous situations. Unlike Eric, Bill was less potent in the beginning and had to work his way up. Despite her choice, in the end, the question for most fans of this saga was what it would have been like if Sookie and Eric ended up together. The ultimate power couple? Or would she have ended up like the other women in his life serving his every whim? Many fans may still debate on who was the best match for Sookie in the end. 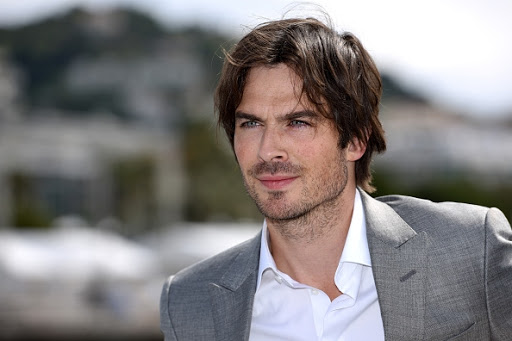 First airing in 2009, The Vampire Diaries became a favourite supernatural show for people to watch as it featured humans, vampires, werewolves, and witches. Yet again, another teenage main character is caught up in a love triangle; this time between two brothers. When it comes to two brothers longing for the same woman, nothing comes close to the drama that ensued between the Salvatore brothers as they both fell in love with Elena. Damon Salvatore was the definite baddie whose strong passion and desire were unmatched. He was loyal to a fault and would do anything to save the woman he loved. However, he was also selfish, did many unforgivable things, and often abandoned others to save himself. His lack of compassion was often something that was a huge conflict between him and Elena.

His brother, Stefan, was a different character altogether. The complete opposite to his brother, Stefan was kind, caring, and considerate; which Elena greatly admired. However, Elena starts to lose faith in him after a few seasons as he spirals out of control and causes complete chaos in Mystic Falls. Throughout the tv series Elena finds herself torn between the brothers as each shows both their light and darker sides.