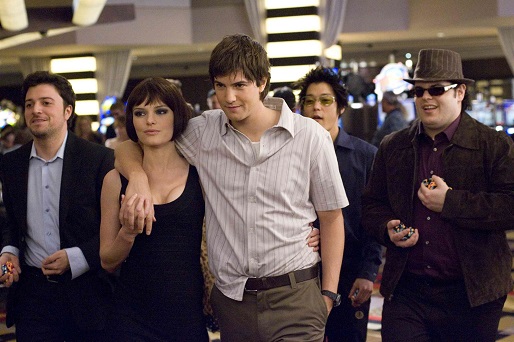 Gambling and casino movies have always fascinated people, almost as much as heist and mafia movies. That’s why it’s impossible to say the exact number of such movies out there. There’s just too many of them!

On top of that, this overarching gambling genre accounts for a wide variety of movies, including counting cards, casino gambling, hustling, and many more.

As there are too many of them, and you certainly want to watch the best ones, don’t worry, you are in the right place! We love gambling movies, which is why we’ve probably watched 99% of the best ones out there and can safely recommend the top five to you.

If you’re ready to dig into gambling movies, you’ll adore the five we have prepared! Let’s take a look. 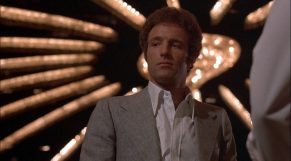 Let’s begin with the oldest one on the list. Some people don’t like old movies nowadays, but this one is worth a watch. Plus, it has James Caan in it, and he is the same as you remember him from the Godfather!

The movie was remade in 2014, but the remake can’t compare to this gem. Caan is a New York City professor of English, and he has it all, a great job, a lovely girlfriend, and a wealthy family. He is smart, and the world is his oyster, but he has a gambling problem, which can be the downfall of the very best people in the world.

As you can expect, his addiction leads to massive problems during the movie, but what truly makes this movie stick out is how accurately this terrible addiction is portrayed. We see how this problem affects the addicted person and everyone around him with the rawest and the most ruthless details imaginable. Plus, you can lose yourself in Caan’s acting. 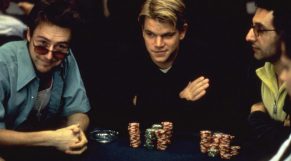 Rounders deals with a young, reformed gambler who is essentially forced into the world of gambling ones again. He decides to play big stakes poker once again as he wants to help his friend pay off loan sharks. At the same time, he has to maintain his relationship with his girlfriend as well as his focus on law school.

As you can see, the premise is great, but the movie itself is far more entertaining than you expect. Plus, it features a couple of all-time greats from the world of acting — John Malkovich and Edward Norton!

The movie accurately shows how far people are willing to go to win big on poker and, more importantly, retake what they lost. What’s more, the setting is really detailed, it shows a bunch of private clubs throughout New York, all of which are dedicated to high stakes gambling.

Be ready to experience cheating, winning, ruthless criminals, and unbelievable twists, all in a barely 2-hour long movie. Trust us, you don’t want to miss this gem! 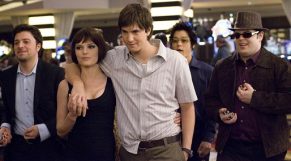 21 is truly a unique treasure of a movie. It deals with a young MIT student who comes from a poor working-class family and is now looking for the American Dream.

He wants to transfer to Harvard to study medicine, but he is a bit short of the ridiculous $300,000 he needs for the four years of college at this prestigious institution. When he feels completely hopeless, he meets a strange math professor who gets him into a secret club with five other students, all of whom he’s training to count cards and win at blackjack tables.

Yes, that’s right, the one thing that can make winning in blackjack downright easy. Our protagonist wants in, and that’s where the quick-paced and adrenaline-filled movie truly commences.

You should expect twists and turns and some genuinely unpredictable things to happen. So, we won’t spoil anything for you, just go and watch the movie! 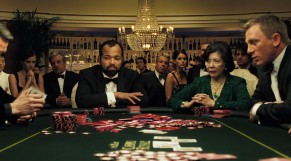 Casino Royale is one of the most famous casino movies out there, and definitely one of the best ones. If by some miracle you haven’t yet watched it, it’s about time you did.

It’s one of the best James Bond movies as well, which says a lot as there are a few dozen of these with many different actors playing the main part.

Daniel Craig is James Bond, and he is looking into Le Chiffre, an international criminal who has made a living financing a bunch of terrorist organizations. The MI6 has found out that Le Chiffre aims to raise millions for his next plan by playing in a high-stakes poker match, and they decide to have Bond join the game and win it instead of Le Chiffre.

The setting is in the splendid Casino Royale located in Montenegro, a gorgeous casino for the true elite. James Bond is in his full stride here, and more importantly, the movie offers all of the famous James Bond tropes, including high-stakes gambling that will leave you breathless.

However, you don’t have to travel to Montenegro to enjoy casino games. 22Bet online casino offers a variety of minimum withdrawal amounts that often exceeds the minimum deposit amounts at other online casinos. Find out more 22bet cashout. 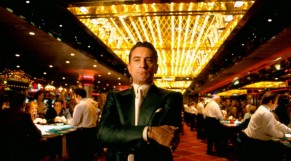 Anyone familiar with Martin Scorsese’s work must have known that this movie was bound to hit the list! What’s more, we believe that this is the greatest gambling film of all time, period!

The Joe Pesce and Robert De Niro dynamic is one you never get to see anywhere else besides Goodfellas, while the plot and the rest of the characters are truly astonishing.

It’s hard to say anything besides the fact that this movie is a masterpiece, so we’ll leave it at that!

With these five movies, you’ll get your ultimate fill of gambling movies, so don’t wait too long to watch all of them, if you haven’t already!