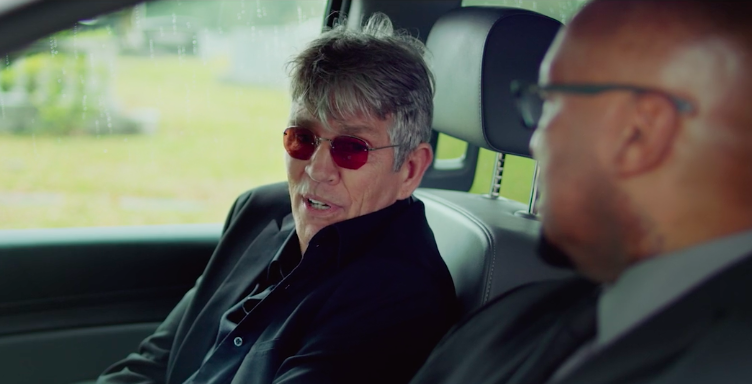 Back in 1986, in an interview with Roger Ebert following his screen debut performance in “King of the Gypsies,”  his break-through role, Ebert wrote: “Right from the beginning, Eric Roberts has had about him the promise of eventual greatness.  The movie industry does not know how he will turn out, but he holds the potential to be mentioned with Brando and DeNiro and the others who come surrounded with the aura of a special talent.”

I fully agree with Roger Ebert’s assessment of Eric Roberts’ talent. I echo Academy-Award winning actress Sandy Dennis, who said of Eric after they appeared together onstage, “Oh, my God, this actor! I think he is the next big thing,— if he can get the material.”

Every one of these films is indicative of the power and creativity that Eric Roberts brings to his work. He has another 29 wins and 17 nominations for a variety of film awards. Eliza Roberts—herself an actress and Eric’s wife of 28 years—said of her husband’s work, “Sit tight, because, even when you’re shit, you’re fucking awesome, Eric.” 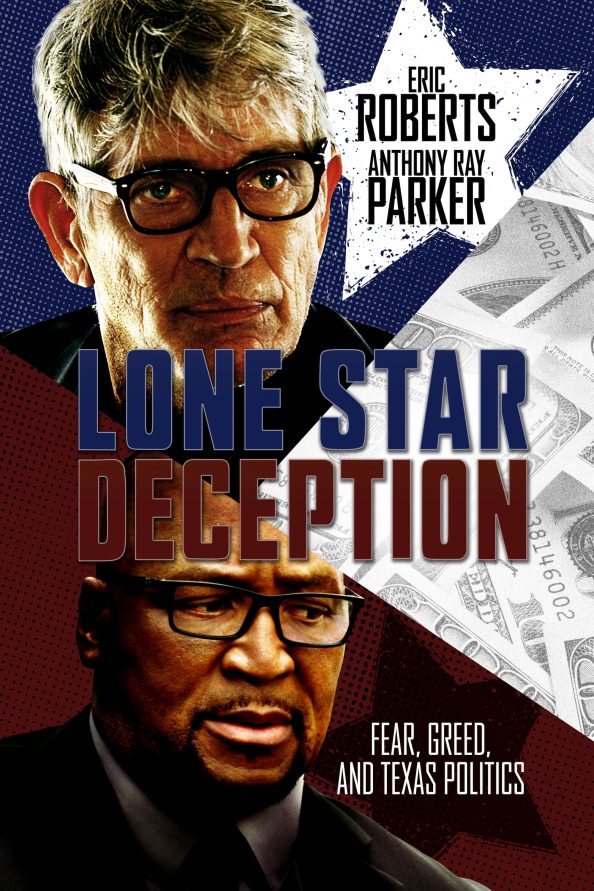 E.R.:  IT’S ALL ABOUT CREATIVE AND PRECISE, YET FLEXIBLE SCHEDULING. YOU HAVE TO BELIEVE ANYTHING IS POSSIBLE.

2) How difficult is it to memorize that much dialogue and remember it all, when you’re working with so many different films at once?

E.R.:  IT’S GREAT MENTAL EXERCISE, SO I APPROACH IT LIKE WORKING OUT.

3)       You were offered “9 and ½ Weeks” but turned it down. Are there any other roles you were offered, but ended up not taking? Did you ever wish you had taken those roles?

E.R.:  AN OFFICER AND A GENTLEMAN, AMERICAN GIGOLO…BASICALLY MOST OF WHAT RICHARD GERE AND JOHN TRAVOLTA DID IN THEIR EARLY YEARS.

ALSO CLIFFHANGER, WHICH ENDED UP GOING TO JOHN LITHGOW. I HOPE I’VE MADE UP FOR UNFORTUNATE TURN-DOWNS NOW.

4)      Eliza:  your father, I read, wrote the scripts for “Three Days of the Condor” and “The Firm” (David Rayfiel).  You also knew John Landis, who offered you your part of Brunella in “Animal House.” Did you grow up in Hollywood? If so, has your insider knowledge of the industry helped?

E.R.:  I DID SCHLOCK AND ANIMAL HOUSE WITH JOHN LANDIS, AND HE’S REMAINED A FRIEND ALWAYS. I THINK GROWING UP IN THE INDUSTRY AND HAVING AN INTIMATE KNOWLEDGE OF THIS WORLD HAS HELPED IMMENSELY.

5)      Eliza, you met Eric on a plane with your dad’s script for “Intersection” in your lap. Have there been any projects, past, present or future, where you’ve been involved in writing a script just for Eric ? (Secondary mention of cats, since Eric, you said, had a cat, Tender, on his lap at the time).

I HAVE DONE A LOT OF SCRIPT POLISHING FOR ERIC. I HAD A SENSE OF WHAT WORKS FOR HIM, AND MOST PRODUCTIONS ARE OPEN TO IT.

6)       Eric, How did you come to be involved in “Lone Star Deception?” (I  talked to Executive Producer Ed DeZavellos on 3/12 and hope to again in the future.)

E.R.:  I CAN’T REMEMBER FULLY, BUT I KNOW SOME VERY NICE, PASSIONATE PEOPLE MADE US BOTH AN OFFER. ELIZA IS IN LONE STAR DECEPTION, TOO. WE WERE INTRIGUED AND SAID YES.

7)  “iIn my estimation, Eric is a great actor…an extremely unique presence trapped in this beautiful exterior…The way that Mickey Rourke was re-discovered as a great actor, I think Eric is due for that, for sure.  So much of the business is luck and timing.” (David Duchovny)

Given those glowing words from a fellow actor, and Mickey Rourke’s film “The Wrestler” (which should have won him the Oscar in 2008), what directors now working would you like to work with? Any potential star vehicles in the pipeline?

E.R.:  I VERY MUCH WISH AND LONG FOR SUCH A VEHICLE. HOW PRECIOUS THAT WOULD BE.

I CAN’T TELL YOU HOW MUCH THE COMMENTS OF THESE FELLOW ACTORS MEAN.

8)_  Nowadays, it seems that even extremely good actors like Robert Downey, Jr., want to play a Super Hero to cash in on the Marvel Universe films or to have a series built around them. It is as though there is the series comic book Hollywood and  indie film Hollywood. You’ve watched the industry as an insider for a long time. What are your thoughts on the films you see coming out of Hollywood now, versus when you were starting out (1978)?

SOME OF THE MARVEL MOVIES ARE VERY CLEVERLY WRITTEN AND GO WAY BEYOND THEIR GENRE.

I DON’T HAVE A PARTICULAR LOVE FOR THE SUPER HERO FILMS, BUT MANY PEOPLE DO, AND BECAUSE OF THAT, I’D LOVE TO BE A PART OF IT.

9)  Throwing out some names that I know mean something to you, can you share with us a little bit about what it was like working with Sterling Hayden…..Mickey Rourke…..Jon Voight…Bob Fosse…and, of course, Anthony Ray Parker. (Take your pick and add any others you wish).

I LEARNED SO MUCH FROM STERLING. WHAT A CHARACTER! I ADORE MICKEY, AND HE AMAZES ME. IT WAS FANTASTIC WORKING WITH JON. BOB FOSSEE WAS ARGUABLY THE BEST DIRECTOR I WAS EVER DIRECTED BY. WE HAD AN INCREDIBLE TIME WORKING WITH ANTHONY RAY PARKER. HE’S A GREAT ACTOR AND HE’S A GREAT MAN.

10)  “Lone Star Deception” Credits: “We would like to thank our pyro technicians for not blowing up the entire city. (Houston) [Comments?]

11)  You were in a bad car accident in 1981. Please tell us about that and its after-effects at the time?

I CRASHED IN MY JEEP AND WAS IN A COMA FOR 72 HOURS AND, EVEN THOUGH I WAS PHYSICALLY ALIVE, IT MADE ME FEEL FOREVER DIFFERENT IN MYRIAD WAYS.

ELIZA IS A SUPER GIFTED DIRECTOR AND I LOVE BEING DIRECTED BY HER AND WOULD CO-DIRECT WITH HER.

13)  Lines from the film: “So little nieces, so little time.” “Politicians tell the voters what they want to hear.” Why was the main character (Tim Bayh, the black candidate for Governor) put in charge of personally paying off the various wrongdoers, such as those who kidnap his daughter Carol. Aren’t there less visible henchmen who could have been hired to carry the $50,000 to pay off “Sloane?” (That puzzled me)


E.R.:  TIM HAD MORE AT STAKE. BUT THAT’S A GOOD QUESTION AND REALLY A QUESTION FOR ED.

14) It was always about the money, Charlie.” (Any thoughts on the politics of today IRL?)

E.R.: It SEEMS< WHen you BOIL It DOWN, EVERYTHING IS ABOUT THE MONEY.

16)  “The hardest person to protect yourself from is yourself.”

17)  Daughter, Emma; Morgan and Keaton (musician). Currently working in the industry, or…?

E.R.:  WHY ME? IS NOT A RHETORICAL QUESTION. IT’S ABOUT UNDERSTANDING OUR PART IN OUR LIVES. THE MOST IMPORTANT PART WE PLAY.

20)  Your favorite Joker actor in the “Batman” films?

21)  Anything you’d like to talk about that I haven’t asked you about?

AND TO KEATON SIMONS