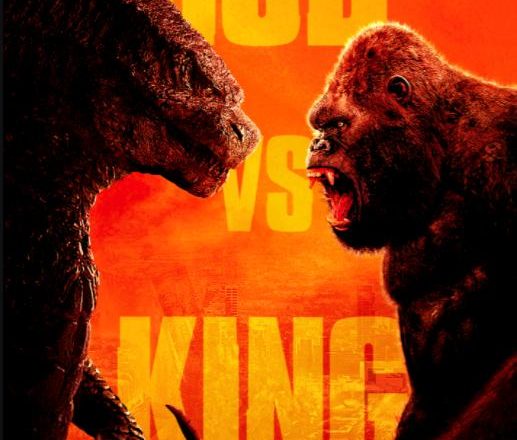 In among all the news about blockbuster movies that have either recently entered production or acquired a release date, you may have missed a piece of news about a future blockbuster that’s officially done both of those things: Legendary’s ‘Godzilla vs. Kong’ began shooting in Australia in January, and has a projected release date of March 13th, 2020. The movie represents the fourth installment in the Legendary ‘MonsterVerse’ – the self-contained universe of films that stars either the famous movie ape or the Japanese monster Godzilla.

It’s impossible to fault the thinking that’s gone into creating this monster movie mash-up: bringing two huge movie franchises together to create something even bigger has resulted in major box office success for ‘Batman v Superman’ and ‘Alien vs. Predator.’ 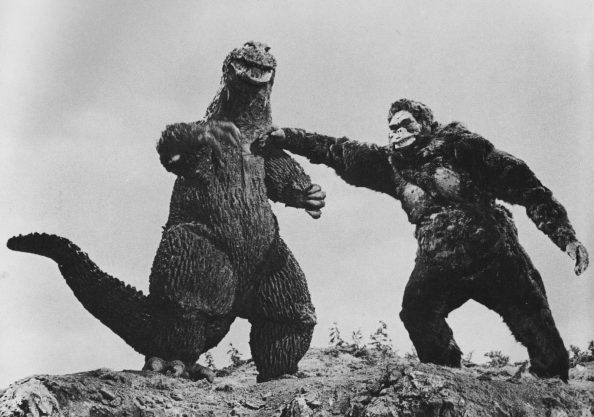 Confrontations between the two giant beasts have long been the topic of fan fiction on the internet, and there has been a previous attempt to illustrate the battle on screen. ‘King Kong vs. Godzilla’ was a Japanese-produced movie that hit cinemas in 1962, enjoying success in both its home country and in America, when the original film was dubbed into English and re-cut to appeal to an American audience. The new 2020 film is understood to be a new production, rather than a re-telling of the 1960s film.

Even if the new movie were to take inspiration from the old one, the temptation to tell the tale again using new technology would be significant. There are cinematic techniques and computer-generated effects available to modern filmmakers that would have been unthinkable to their 60s peers, giving them the ability to make photo-realistic battles between the characters that convince an audience as much as they thrill them. But just because something can be done doesn’t always mean that it should.

Warnings From The Past

As we already said, ‘Godzilla vs. Kong’ shares common ground with ‘Batman v Superman’ and ‘Alien vs. Predator’ in that it takes two established box office draws and puts them together to make something which should have double the appeal. What the other two movies already have in common with each other, though, is the fact that they were critically panned.

Among the criticisms aimed at both films were suggestions that the confrontations were contrived, and that storytelling was sacrificed for sensationalism. Given the circumstances that would have to occur for King Kong and Godzilla to end up on the same continent – never mind the same city – it’s difficult to imagine how the same accusations won’t end up being thrown at this new film.

There was also a criticism of ‘Alien vs. Predator’ that will be true of this new film, too; interpersonal drama is impossible because the characters cannot talk. Godzilla and Kong Kong may be capable of tearing up cities single-handedly, but they can’t discuss their motivations. They can’t explain their motives or explore their differences through dialogue. Human characters will have to do that for them, and it isn’t the human characters that audiences will have paid to see.

The fear is therefore that this film is destined to be visually impressive but hollow. There will be destructive fight sequences of the kind that we’ve rarely seen before, but little in the way of depth or drama. For some of the audience, that will be enough. For others, who will be drawn in by the hype expecting to see the film of the year, it will not.

What we can say with confidence is that audiences will flock to see the films anyway. Both monsters are one-beast industries; creatures whose likeness alone generates millions of dollars a year. There have been TV shows, toys, and cartoons featuring both characters. King Kong is even a fixture at the casinos; visitors to Amigo Slots can play ‘King Kong Cash’ and ‘Mighty Kong’, both of which are themed around the world’s most famous giant gorilla. When programmers make online slots, they use themes which they know will excite players enough to spend money on them. The existence of multiple slots with a Kong theme suggests that there’s more than enough financial interest in the adventures of the ape to support new movies.

As for Godzilla, it’s difficult to overstate his cultural importance in Japan. There have been twenty-seven official Godzilla movie releases, Godzilla conferences, Godzilla theme parks, and Godzilla theses. The character represented the Japanese fear of nuclear attack after the Second World War, and so is deeply ingrained into the minds of almost every adult or child in the country. Anything with the Godzilla name attached to it is as guaranteed to make money as an umbrella store in a downpour.

So Does That Make It A Good Idea?

Whether or not the creation of this film is a good idea depends on what you like to see in films, and what you believe production companies make movies for. Ultimately, whether we like it or not, the primary motivation of most movie production companies is to make money. We may want to see more artistic films or films that speak to us on a personal level, but artistic cinema has never made as much money as blockbuster cinema has. That’s why ‘art house’ and independent films have their own awards and venues; they’re a sub-genre from the cut-and-thrust of the mainstream cinema world.

From an artistic point of view, the making of ‘Godzilla vs. King Kong’ doesn’t make a lot of sense. It’s unlikely to tell us much about the human condition, it’s unlikely to win any awards for its writing, and it likely won’t have much replay value in years to come.

From a financial point of view, though, it’s a guaranteed money-maker at the box office, and will almost certainly make many multiples of its huge budget. When that happens, not only will this film have made sense, but so will the sequel that will inevitably follow. You don’t have to love this movie, and nor do you have to go to watch it. But if you’re willing to turn off some of the logic centers in your brain and allow yourself to be dazzled by an epic visual spectacle, you may end up enjoying it more than you imagine.