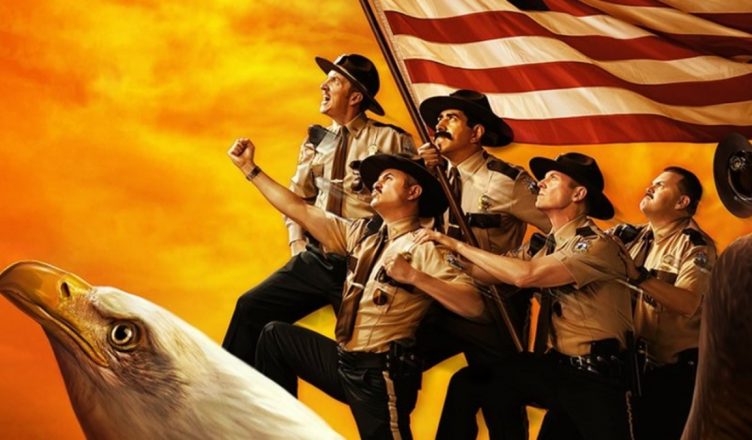 The crazy state troopers are back in Super Troopers 2. The comedic styles of Broken Lizard star in the movie consisting of Jay Chandrasekhar, Kevin Heffernan, Steve Lemme, Paul Soter, and Erik Stolhanske. This time around, the former state troopers have a new opportunity to redeem themselves. As a border dispute between the U.S. and Canada emerges, the guys are tasked with establishing some order at the border Highway Patrol station.

The casting for this movie was a nice fit. For the most part, many of the original cast are back, but it is the new additional cameos that were a nice treat. It’s probably best you don’t look them up just so you can be surprised.

One thing that I think most people will appreciate is how this film was able to maintain its original tone and humor. There was a nice blend of the jokes that worked in the previous film, with a couple of new jokes in this sequel. Surprisingly enough, this film didn’t hold back with its raunchy comedy. WIthout question, the best scenes of the film are going to be the funny traffic stops that the cops pull just like in Super Troopers (2002).

It was cool how the comedy was tied into both the theme and setting of the story. I thought that the writing for this film was done well in terms of the dialogue between characters. The jokes between Canada and the U.S. were nice additions that didn’t go over the top.

While comedy is definitely subjective, this brand of brash, and sometimes crude, humor can probably come off as offensive to more sensitive audiences. While this film may play well for fans of Super Troopers (2002), many of the jokes may not land with newer audience. This is primarily because too many of the jokes and references were callbacks to the previous Super Troopers film. The level of recycled comedy is almost like a gift and a curse. It does great as fan service, but not so much in evolving with today’s current sense of comedy.

Super Troopers 2 is exactly what you’d expect this film to be if you’re a fan of the Broken Lizard group of comedians. While it has been a long time in between films, I think that Super Troopers 2 was made specifically for fans of the group. Before going into this film, you practically must rewatch Super Troopers (2002) again to fully appreciate what they do in this sequel.  Otherwise, you’ll spend way too much time trying to remember certain characters or some of the punch lines of the jokes. Be sure to stay a little bit past the credits too because the bloopers are definitely funny. You’ll also understand the long running inside joke about “Fred Savage” that plays throughout the movie. 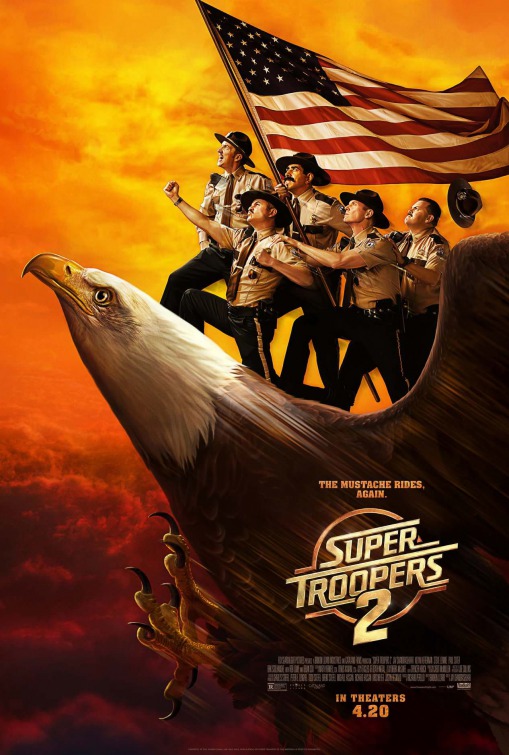