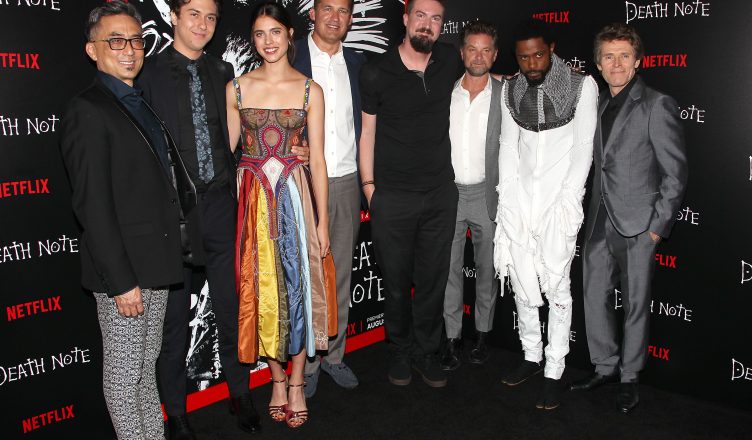 Nat Wolff strays from his nice guy image in Netflix’s Death Note, loosely based on the iconic Japanese manga written by Tsugumi Ohba and illustrated by Takeshi Obata. Director Adam Wingard’s (“Blair Witch”) remake, airing on Netflix August 25, is more of a horror-thriller than the hugely popular Japanese original, which was first serialized in 2003 and has more than a 100 chapters.

Death Note follows the twisted story of Light (Wolff), a super bright teenager who comes into possession of a notebook that falls from the sky next to him on the grounds of his Seattle high school. The cover of the leather bound book says Death Note, and the book’s owner has the power to kill anyone whose name he jots in its pages while visualizing their face.

The results are predictably spooky; Light turns into a vigilante who kills bullies and criminals. Soon he begins to use his power to end the lives of anyone he believes unworthy or who gets in his way. And the supernatural book has dozens of rules explained to Light by the apple-chomping murder monster Ryuk (voiced by Willem Dafoe) who trails him.

Soon Light is in a cat-and-mouse game with the enigmatic and brilliant inspector L (Lakeith Stanfield from “Crown Heights”), who seems to fall on the asperger spectrum and is tasked with stopping the serial killer. (Margaret Qualley who is the daughter of Andie MacDowell and looks just like her actress mom, plays Mia, Light’s girlfriend, a cheerleader Lady Macbeth who becomes equally obsessed with the Notebook.) 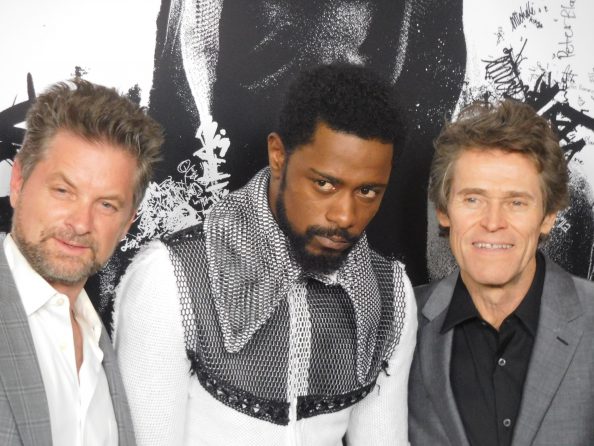 I asked Willem Dafoe what it was like approaching a role when audiences only hear you but don’t see your physicality?

“Well, you’re very free because you don’t have anything to constrict you. You can work it musically. You can work abstractly. You can work psychologically. So much is done in the studio, like a lot of stuff in film, you just try to get a lot of variation and then really the director and the editor will make the performance. But your job is really to give them good material to work with that’s solid and integrated and very specific.”
Wolff, who said he was a fan of anime and manga, said he was interested in the project when he learned Wingard was attached to direct; he trusted his vision to adapt the Japanese classic for American audiences. “He’d have a unique take on it because his other movies, ‘The Guest, had such a satirical sense of humor and edge. I thought it didn’t seem to me to be much point in doing what they’d already done with it and that Adam would turn it on its head.”

So did Nat Wolff see his character as a good or bad guy?

“That was one of the parts that attracted me to the role was watching somebody with all this power and watching him spiral out of control,” said Wolff. “When I got the part I thought, why don’t I make my own Death Note and see how that goes. I made one and I thought I wouldn’t be able to think of any names but ten names in I was like, maybe anybody with this much power it would get to their head.”

With more than 100 chapters to the Japanese original, I asked the director if Netflix is planning more episodes of Death Note.

“We definitely designed it so that there could be,” Wingard said. “Whenever I went into Netflix that was one of the things I think that was really appealing to them was even though it’s loosely based on the source material it’s only covering the first few stories in it, so this is basically the origin story and one of those things where I pitched it as this is the beginning — seeing it as either two films or a trilogy at least and then you could spin it off into something else but the Light story, where we keep going and see what happens and kind of go darker and darker as it goes.”

Next up for Wingard is another Japanese-inspired project, blockbuster “Godzilla vs Kong,” slated for a 2020 release. The director told me the film was in the treatment phase and they would soon begin the screenplay.

What’s the source of his fascination with Japanese culture?

“I grew up on anime. ‘Ninja Scroll’ was always my favorite films, me and my brothers too. I don’t know what it is…. Maybe it’s because I’m from Alabama and I lived in a small town, so even the nearest theater is about 45 minutes away, so maybe it was one of those things where Japanese culture, especially anime and things like that, felt so different from anything else I was used to. Maybe thats where the fascination begins. But it’s kind of funny cause the Godzilla thing is really just kind of coincidence that that just kind of came up and that spot opened and. I’m a huge fan, but you know it’s not like I’m going out and going, “I’m going to take on Godzilla…It’s just one of those things that just worked out.”

(Photo below of Margaret Qualley by Paula Schwartz) 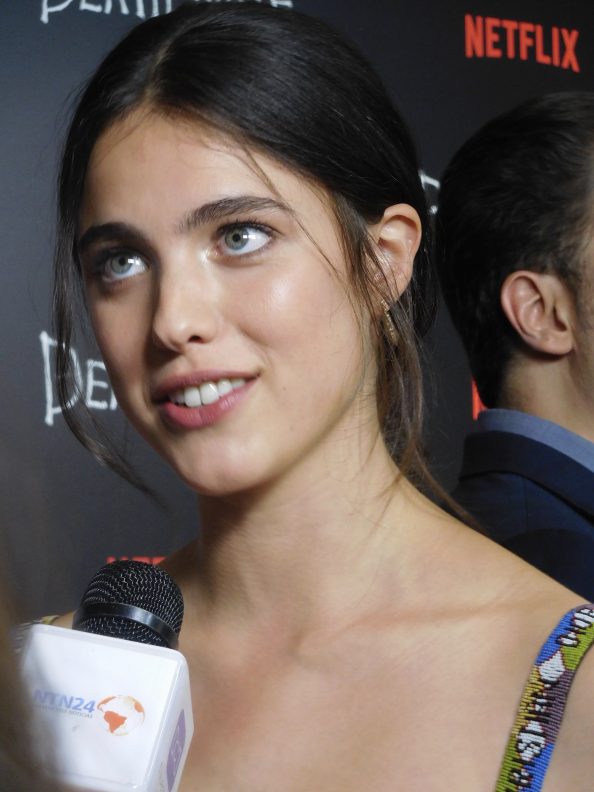