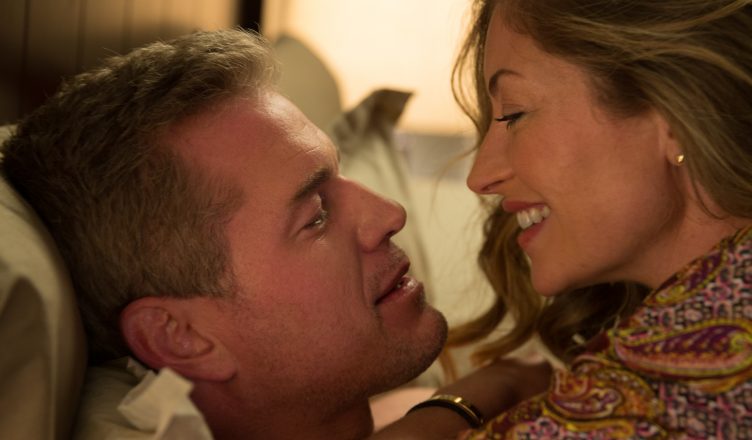 If ever there was an example of a passable mystery/thriller, “Grey Lady” fills the bill perfectly.  It is not a great movie.  But it ain’t half horrible, either.  Starring a gaggle of primarily TV actors cumulatively testing the cinematic waters, the performances are mostly more than adequate.

Eric Dane (“Grey’s Anatomy”) plays it strong silent type à la Clint Eastwood-Gary Cooper as James Boyle, an ex-Boston homicide cop on the trail of the evil incarnate responsible for killing those close to him yet inexplicably individuals merely on the periphery of his life, as well.  Dane’s work is not explosive by any means, but he achieves what he’s functionally called upon to do just fine in projecting a truly troubled character. 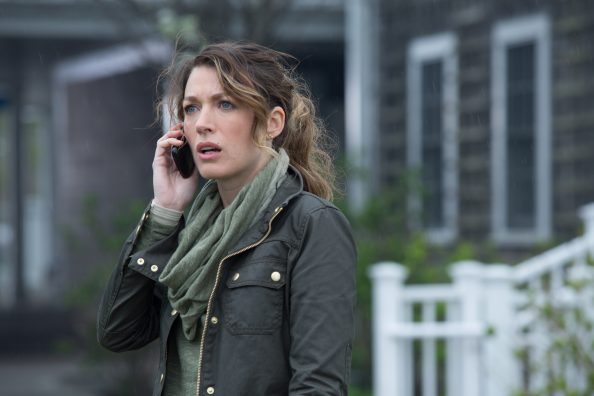 Natalie Zea (“Justified”, “The Detour”) is quite good here as Melissa, an artist who shares a similar painful past with Boyle.  The devastatingly beautiful Zea infuses her role with depth and vulnerability, lifting it well above that of stock caricature for the genre.

Veteran pro John Shea put his entire heart and soul into this one.  Shea wrote, directed, co-produced, acted in and even contributed an original song to the soundtrack of “Grey Lady”.  Candidly, some of the dialogue is clunky and seems to be spoken only to awkwardly move the story along at times.  And more than one plot device is introduced and then never further explored (why is it that so often times people of Christian faith are depicted in the motion picture industry as unstable sociopaths?).  These flaws notwithstanding, Shea demonstrates that he has an easy way with actors as he brings out a natural sensibility among his cast while maintaining a relatively brisk pace to the proceedings in what is clearly a labor of pure love.

A shout-out has also got to go to the mesmerizing traditional Irish style music featured at various key moments during “Grey Lady”.  It is a movingly salient resonance, at once beautiful as it is haunting, packing a potent punch as it plays under several scenes charged both with powerful emotion and palpable tension throughout the film.

Perhaps the star of the show in “Grey Lady” isn’t even a human participant.  Shot on location off the coast of Massachusetts in Nantucket, the bleak winter weather and color-stripped landscape of this isolated island establish the unshakable atmosphere of desolation permeating this twistingly twisted tale of deeply conflicted family bonds and murderously misguided revenge.