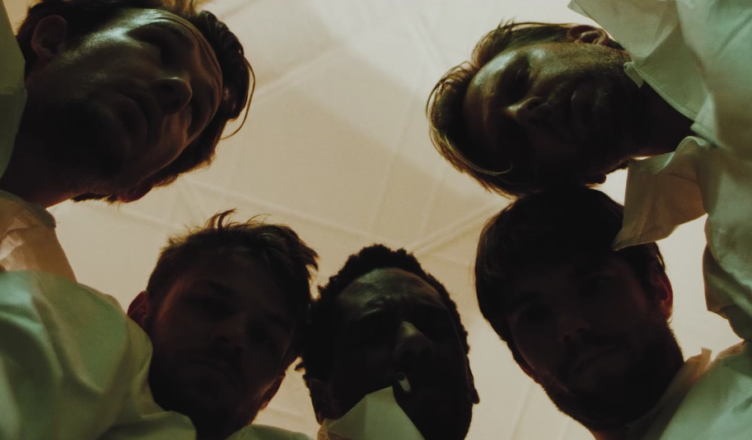 These are five wholly loathsome guys we are introduced to in Catch 22: based on the unwritten story by Seanie Sugrue.  I mean to tell ya the rock bottom of the barrel of rife repugnance, boys and girls.  Seems that one of these repulsive reprobates evidently did a bad, bad thing during an all-nighter of depraved debauchery in a seedy New York apartment.  And not a single lost soul among them has any frickin’ clue who it was.  Still, and damn near inexplicably, their collective contemptibility somehow makes for an at least mildly entertaining tale.  And if you don’t expect to be inspired by any remotely redeeming moral as a result of bearing witness to the heinous things these malodorous miscreants do, you just might, in a manner of speaking, actually be entertained by this loathsome lot. 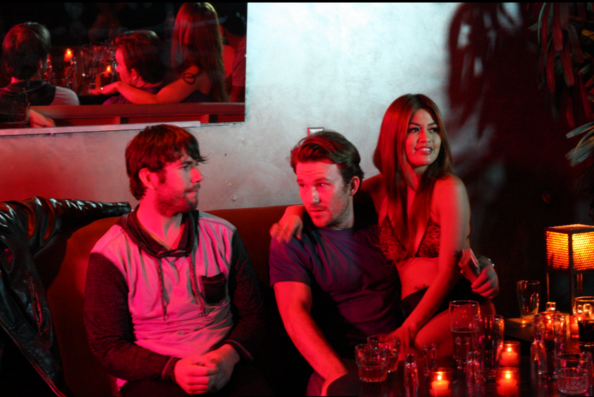 Director Josh Folan, a former daytime TV soap actor among several other show biz credits, had a hand in practically everything having to do with this weirdly curious low-budget indie production.  Folan swiftly switches scenes back and forth between a sienna-saturated present and a grainy black and white past, each time period depicted with disquieting equivalence.  The lightening fast editing, askew visual perspectives and cockeyed camera maneuvering are uniformly atypical here.  Folan manages to by and large succeed in combining all of these ambitious elements as clever components in a clearly concerted mission to induce a vivid vibe both squeamish and seductive.

One of the components of Folan’s full-out assault on the senses is the constant use of subliminal suggestion by way of his character’s split-second synaptic recollections.  There is an accompanying sound to these flash points that may best be described as a kind of electro-shock buzz obviously intended to amplify the imagery.  I have seen this technique used in other movies.  It is not new.  In fact, it is roundly frustrating and annoying.  And it is probably past the point now where it has become a prudent plan to perpetrate the next coolly hip manner in which to present such visuals.

You will almost certainly find yourself neither rooting for nor sympathizing with a single player over the course of catching Catch 22.  They are all purely pathetic and pitiless creatures.  However, the “catch” lies in the potentiality that you likely won’t be able to take your eyes off them, either.  For you, like me, may well find yourself oddly captivated, unwarily mesmerized, virtually yet unwittingly immersed in lurid fascination as you watch these born losers slowly and inexorably drown in the steaming cesspool of their wretched lives.

So much for Happy Endings.

With all due respect to Joseph Heller, this other "catch 22" ain't too shabby, either.

One thought on “With all due respect to Joseph Heller, this other “catch 22” ain’t too shabby, either.”