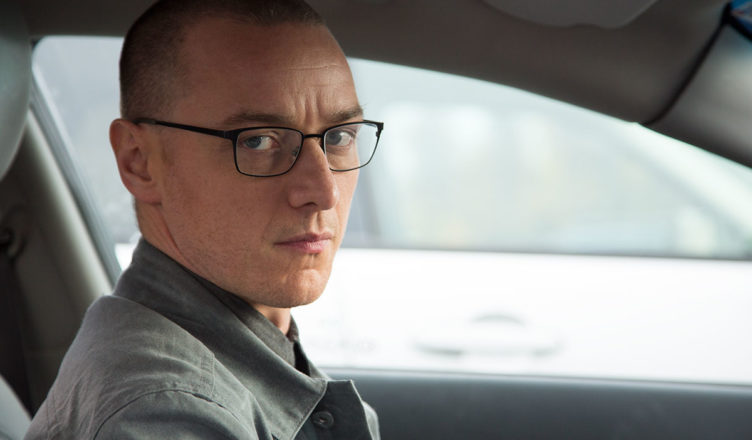 While the mental divisions of those with dissociative identity disorder have long fascinated and eluded science, it is believed that some can also manifest unique physical attributes for each personality, a cognitive and physiological prism within a single being.

Though Kevin (James McAvoy) has evidenced 23 personalities to his trusted psychiatrist, Dr. Fletcher (Betty Buckley), there remains one still submerged who is set to materialize and dominate all the others. Compelled to abduct three teenage girls led by the willful, observant Casey (Anya Taylor-Joy, The Witch), Kevin reaches a war for survival among all of those contained within him—as well as everyone around him—as the walls between his compartments shatter apart.

M. Night Shymalan burst onto the scene in 1999 with the blockbuster “The Sixth Sense” and followed that up with “Unbreakable” in 2000.

Then some not-so-hot movies began.

Recently, he was responsible for executive producing the television series “Wayward Pines,” but loser films like 2006’s “Lady in the Water” or “The Village: caused some of us to stop waiting for the next big M. Night Shymalan film.

Those days are over and it’s a pleasure to welcome this Philadelphia-born Spielberg admirer back to the fold.

Split opened on Friday (Inauguration Day) with twice the numbers of “xXs: Return of Xander Cage” at $34 million. With 3,038 screens showing Split on Friday, January 20th, it netted $14.6 million. The film’s budget was under $10 million; it premiered at Fantastic Fest on September 26, 2016. 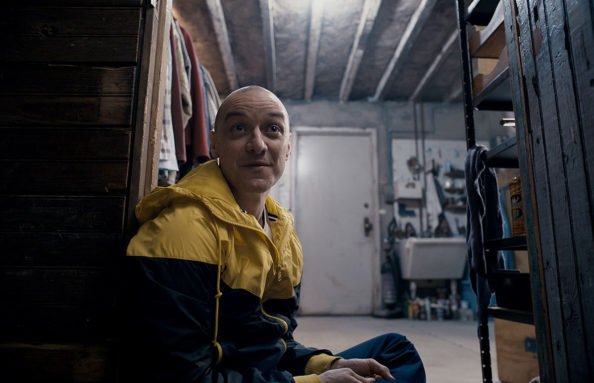 James McAvoy does an outstanding job portraying a man with 24 distinct personalities, some of them female. His severe case of dis-associative identity disorder (D.I.D.), i.e., multiple personalities represents the sort of acting tour de force that won Jo Anne Woodward an Oscar for “The Three Faces of Eve” back in 1957. Sally Field also took a crack at playing a woman with multiple personality disorder in the television mini-series “Sybil” in 1976.

Within Kevin Wendell Crumb dwell 24 distinct personalities, including a 9-year-old boy named Hedwig, a stern dowager named Priscilla, a take-charge type called Dennis, and 21 others. To fluidly change from one character to another so convincingly was quite the challenge, and McAvoy more than met that challenge. As writer/director M. Night Shymalan told Joseph Hernandez in an exclusive interview, “So, on a particular day, we just had him (McAvoy) play Dennis, and then the next day Patricia, and tried to keep the characters he’s playing as separate as possible so that he was emotionally clear where he was.”

Veteran character actress Betty Buckley plays the friendly and sympathetic psychiatrist, Dr. Karen Fletcher, who attempts to help the troubled Kevin. The other major part of female captive Casey Cooke is played by Anya Taylor-Joy, who is nominated for the Rising Star Award by BAFTA (2017) and was nominated as Breakthrough Artist Award by the Austin Film Critics Association for “The Witch: A New England Folktale” (2015). 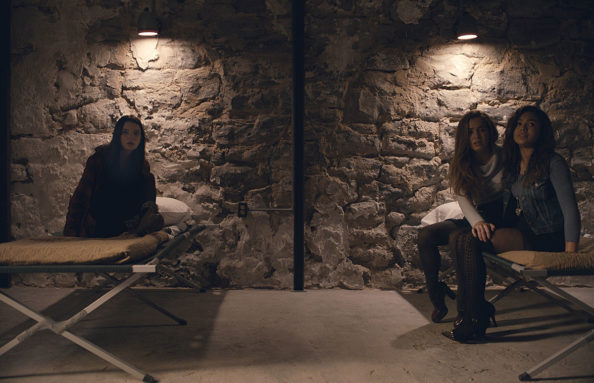 Taylor-Joy plays one of three girls who are kidnapped following a birthday party they were attending. They are taken to an underground location where they are held prisoner. The girls are not really close friends; in fact, one of them (Taylor-Joy) is a bit of an outcast, herself, due to childhood trauma, and one of my reservations about the film’s denouement concerns what, if anything, the kidnapping experience will lead to for young Casey.

The tension mounts as the three girls (Haley Lu Richardson of “The Edge of 17” and Jessica Sula portray the other two) try to plot an escape. We see frequent flashbacks to Cassie’s childhood training in guns and hunting with the comment, “The thrill is whether you can or cannot outsmart this animal.” Young Casey is played as a child in the flashbacks that Shymalan has often employed by talented newcomer Izzie Coffey. Never under-estimate Shymalan’s eye for childhood talent, on display in “The Sixth Sense.”

The Cinematography is outstanding. Michael Giouilaki, who helmed “It Follows,” has interesting shots of beautiful staircases and, in one scene late in the film, the stark silhouette of a parking meter. All are highly effective and the basement of the Philadelphia Zoo setting adds to the film’s overall creepiness.

The music, this time, is not by James Newton Howard, but provided by West Dylan Thordson, who does a great job with pounding sounds that create mounting tension.

The crawling on the ceiling effect harken back to Japanese films and the technique has been used sparingly in other horror offerings.

The dialogue in Split presents us with this thought: “Have these individuals unlocked the potential of the brain?  Is this where our sense of the supernatural comes from?” Dr. Fletcher in the film (Betty Buckley) offers the information that “They are what they believe they are.  The brain has convinced them.” From there, she presents case studies of multiple personalities where one identity has high cholesterol, but another does not, or situations where the I.Q. of multiple personalities differs. Hedwig, the child in this film, is diabetic, but the others are not. The plot also says, “You protect the broken.  They represent potential.”

Lured by the ads that show the 9-year-old identity, Hedwig, saying, “He’s done awful things to others and he’ll do awful things to you!” audiences flocked to see Split  opening night. We were not disappointed. 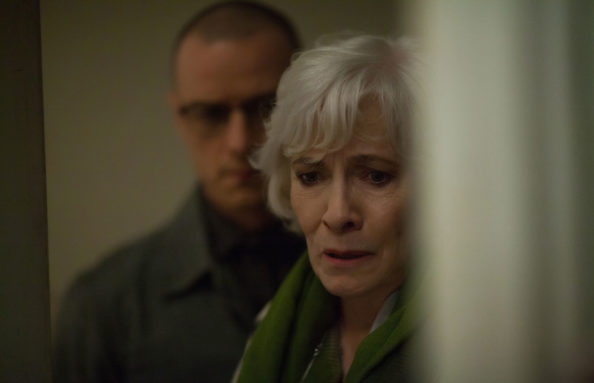 My complaints about Split are few and far-between. I had questions about the plot’s resolution that listing here would qualify as spoiler material, so I will not share any specifics.

Suffice it to say that this is one extremely fast-paced, action-packed film that will keep your interest from start to finish and a welcome return to form for M. Night Shymalan. (*Look for him playing the part of Jai, the computer geek.)