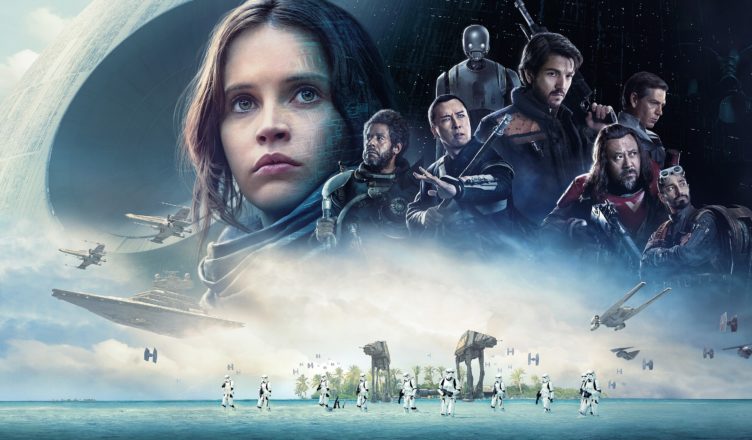 2016 is coming to a wrap and it should go down as one of the most interesting movie years in cinematic history. From the surplus of superhero flicks, to the surprising movie and TV show successes, 2016 brought some real movie fan joy.

While this year has been filled with great movies that some people have bought, re-watched and even wrote papers on, there are still a couple potentially amazing flicks waiting for their recognition as one of the best movies of the year.

This should be a no brainer, as any Star Wars movie in this day and age is going to have fans selling out seats for the next several weeks to come. Rogue One: A Star Wars Story is expected to be one of the best Star Wars films yet, as it debut’s a cast and storyline like no Star Wars movie to date.

Focusing on the rebels and not the Jedi, Rogue One: A Star Wars Story looks to add a true war grit to the Star Wars saga in it’s standalone film. While we aren’t going to see these characters again on screen, this could mean a surprise ending and a very many deaths that occur and were mentioned of in the original Star Wars: A New Hope movie.

That line: “Many rebels lost their lives trying to get us this information” when discussing the plans they finally got on being able to destroy the Death Star.

While you wait in heavy anticipation, check out,

Why Rogue One: A Star Wars Story Will Be Better Than The Force Awakens.

While some casual movie fans may be un-familiar with this movie on the list, Fences is not a movie any true acting or movie fan will want to miss. With the acting skills of Denzel Washington and Viola Davis in one movie, this August Wilson play adaption is probably going to get into some real Oscar contention (if it’s not already).

Washington and Davis are some of the best actors on screen right now, so this dramatic, hard-working film is going to definitely be worth a watch.

Now working as a garbage collector in 1950s Pittsburgh, a former baseball star (Denzel Washington) creates tension in his family when he squashes his son’s (Jovan Adepo) dream of playing college football.

While this movie has had some limited release as of late November, Nocturnal Animals looks like one of those “twisty and turny” movies that shocks the viewer with it’s darkness. The movie stars Amy Adams, Jake Gyllenhaal, Michael Shannon and Aaron Taylor Johnson as Tom Ford (yes the fashion designer) films what looks like a truly interesting story.

If the trailer doesn’t make you want to see what happens, then I don’t know what else will.

An art gallery owner is haunted by her ex-husband’s novel, a violent thriller she interprets as a veiled threat and a symbolic revenge tale.

Nocturnal Animals will be on wide release December 9th!

This movie reminds me of Will Smith’s, Seven Pounds or should I say one of those deep philosophical Will Smith movies that everyone either loves or hates. While some people just aren’t into the whole “lovey dovey” deep spiritual thing, I certainly am, as I can’t wait to see what messages this new Will Smith movie holds.

While it does look sad in the sense of the character going through depression and losing his daughter, I can’t wait feel and see Will Smith continue to show how his acting skills have developed.

See Collateral Beauty with a box of cleanex in theaters December 16th!

Ah, finally they are making an Assassins Creed movie. Video game fans have been asking for a movie adaption for years and we are finally getting one. While I am not too fond of how they are straying from the video game characters, the trailers do look dope in the sense of them having that same parkour ancient style of action.

While I would of personally cast someone different for the role of the new and main character, there is no issue what so ever in Michael Fassbender’s acting talents.

Assassins Creed looks to awe audiences in what I hope is a true service to the video game and movie fans worldwide.

Through a revolutionary technology that unlocks his genetic memories, Callum Lynch experiences the adventures of his ancestor, Aguilar, in 15th Century Spain. Callum discovers he is descended from a mysterious secret society, the Assassins, and amasses incredible knowledge and skills to take on the oppressive and powerful Templar organization in the present day.

The movie that I totally forgot was coming out soon, and was filmed very close to where I live, Passengers looks to be something more than interesting as it mainly just stars Chris Pratt and Jennifer Lawrence (or as I like to say J-Law).

Passengers looks great in the sense of mystery and space suspense and action that should be at least close to par with Arrival (okay maybe not they look like different movies).

Still, Passengers is something I will definitely be seeing, as I try to not spend hundreds of dollars in movie tickets this December.

On a routine journey through space to a new home, two passengers, sleeping in suspended animation, are awakened 90 years too early when their ship malfunctions. As Jim and Aurora face living the rest of their lives on board, with every luxury they could ever ask for, they begin to fall for each other, unable to deny their intense attraction… until they discover the ship is in grave danger. With the lives of 5000 sleeping passengers at stake, only Jim and Aurora can save them all.

The film that is probably going to be in contention for every Oscar known to man. Silence is run by Mr. Scorsese himself, so you can bet that it is going to have that Oscar contending artsy thing going on with it.

Andrew Garfield may win his first Oscar as he looks like he is going to be really showing off his acting talents in this controversial and martyrdom full, Christian story.

Why Him looks like the perfect holiday movie to watch with your drunk friends or loved ones. No but seriously though, James Franco looks hilarious as Bryan Cranston brings back some of his comedic acting for what looks like one of those dad v asshole boyfriend roles.

I can’t wait to laugh and laugh as Why Him comes out December 23rd!

Which one of these December movies are you looking forward to seeing the most!?