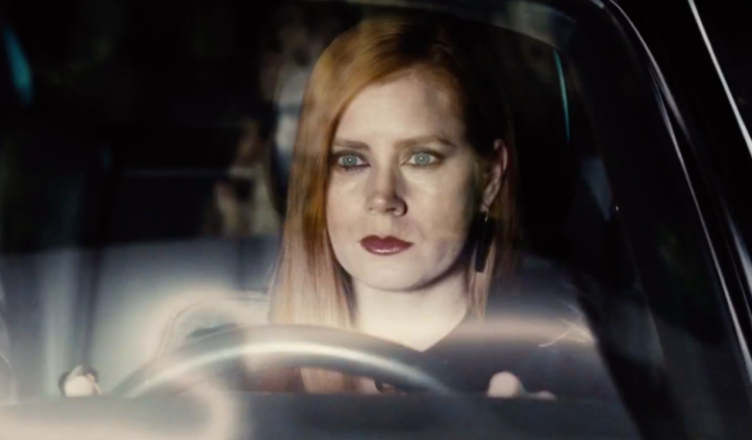 Just like Ben Affleck, Amy Adams has some awesome looking movies coming out soon. Whether it is side by side with Jeremy Renner, or Jake Gyllenhaal, we are making sure to catch all of these movies in theaters.

Apparently Tom Ford (yes the fashion designer) makes some pretty dope looking films. Check out the official premise and trailer for what looks like the most interesting Amy Adams film to come.

A successful Los Angeles art-gallery owner’s idyllic life is marred by the constant traveling of her handsome second husband. While he is away, she is shaken by the arrival of a manuscript written by her first husband, who she has not seen in years. The manuscript tells the story of a teacher who finds a trip with his family turning into a nightmare. As Susan reads the book, it forces her to examine her past and confront some dark truths.

This trailer is excellent at feeding us the premise, yet keeping us from seeing the entire freaking movie. The sinister vibe and artsy dark tone cues perfectly for what looks like a very well cast film withJake Gyllenhaal and Amy Adams starring.

This is a obvious one on the list because everyone who has reviewed it so far, has given it some stellar praise. Jeremy Renner stars alongside Amy Adams as they bring us what looks like a “thrillerific” movie trailer that mashed up with something similar to the movie Signs.

When mysterious spacecraft touch down across the globe, an elite team, led by expert linguist Louise Banks (Amy Adams), is brought together to investigate. As mankind teeters on the verge of global war, Banks and the team race against time for answers — and to find them, she will take a chance that could threaten her life, and, quite possibly, humanity.

Whether you just like the way it looks, or pay close attention to the positive reviews, there is no way you are not going to consider seeing this movie.

Last and certainly not least, we had to give the DC fans some recognition. While Warner Bros seems to continue to struggle with it’s theatrical DCEU releases, I hope that they get it together by the time the first big screen Justice League movie debuts.

Sure there was some cool looking footage debuted as Zack Snyder released a kind of “trailer” during San Diego Comic Con, but is that really enough to convince us DC fans for their next DCEU movie?

Either way, check out some cool behind the scenes footage of Zack Snyder’s (hopefully best) DCEU movie.

Which one of these Amy Adams movies are you looking forward to seeing the most?