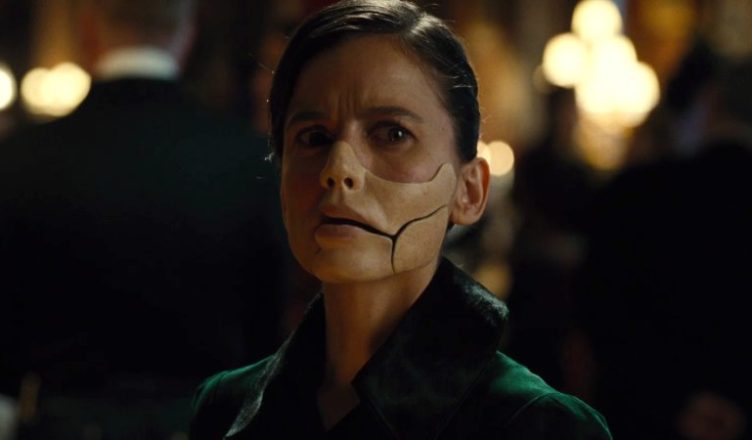 Wonder Woman is almost here ( not really ) and little by little fans are picking apart the trailer in anticipation for the upcoming DCEU ( DC Extended Universe ) installment.

Gal Gadot made her debut in Batman V. Superman, but really shocked audiences with her near flawless preview in the SDCC ( San Diego Comic Con ) trailer that showed off the Amazon warrior.

One of the most mysterious parts of the trailer was Elena Anaya’s character, who was given a glimpse after Diana Prince was warned by her mother to “be careful Diana, they do not deserve you”.

The camera quickly turned to a disfigured face, that many presumed was the villainous character set to make her the antagonist for Wonder Woman. While it was rumored that Danny Huston would be portraying “Ares” ( one of Wonder Woman’s largest adversaries ), IMDB has yet to confirm that casting.

With that in mind, Elena Anaya finally got to talk some about her mysterious character, as she describes her character as a nightmare for Wonder Woman and her love interest Steve Trevor ( Chris Pine ).

“Well, it was a small role in this big ensemble, but it is an important character in the story. It’s directed by Patty Jenkins, then there’s Gal Gadot as our main lead, Chris Pine as her co-lead and I’m going to be… a big nightmare for the two of them”.

The quote was translated from spanish, so perhaps it could be a little off. However with the set up of the Wonder Woman trailer, it does seem that Elena Anaya would be a likely secondary antagonist.

Wonder Woman hits theaters June 2nd, 2017 and I cannot wait for what looks like the best movie in the DC Extended Universe since Man Of Steel.

While I did enjoy Suicide Squad, as well as Batman V Superman, I hope Wonder Woman stays together as it looks to not suffer from the flaws of a thousand cuts like it’s predecessors.